"House, M.D.," starring Hugh Laurie as a pill-popping genius, was conceived as the medical version of "Sherlock Holmes" and ran for eight seasons on Fox. Sunday, Nov. 16, marked the 10-year anniversary of the premiere. Though it's easy to look back on the show and focus on some of the unbelievable details of the cases, it might surprise you to learn that "House" was actually much more realistic than you thought.

Yeah, the odds of all these rare medical cases coming to one hospital in New Jersey are pretty slim, but a variety of sources -- including Andrew Holtz, former CNN Medical Correspondent and author of Medical Science of House, M.D. -- have stated that many of the cases were built around real science. Holtz explained to the "House, M.D." guide site:

While the cases are highly improbable (and that's putting it mildly), they are not completely impossible. Of course, often what appears as one case is really a combination of strange features from several real cases.

Though some of the diseases on "House" would be more common in other countries, the fact that they occurred in the United States adds to the intrigue of the show.

In honor of the "House, M.D." premiere, here are eight crazy cases that could happen in real life (and how to prevent them):

1. Ricketsiallpox, "A Pox In Our House" 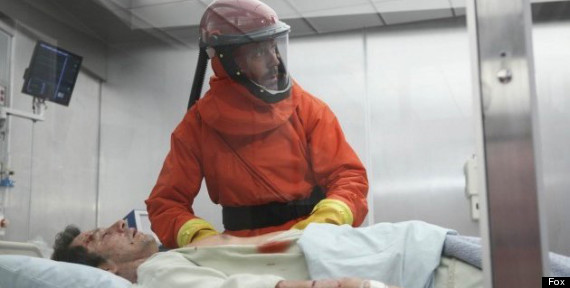 A young girl is exposed to a broken bottle from a sunken slave ship, and it's thought that she has contracted smallpox. Later, it's discovered the patient has rickettsialpox, a treatable bacterial illness spread by pests on mice.

Ricketsiallpox can be indicated by an eschar (a scab with a black center) at the site of the pest bite. This can be followed by a fever, headache and a chickenpox-like rash. The disease is more common in urban areas, for instance in New York City, but only a small number of cases are reported each year.

Good hygiene practices are a great way to avoid this disease. Sanitary measures, especially controlling mice and not handling items from a sunken slave ship, should aid in prevention.

A man has difficulty breathing while getting frisky with his wife. Lupus is ruled out, as usual. After common heavy metal tests fail, it's discovered that the man's wife had been poisoning him with gold sodium thiomalate.

Symptoms for gold poisoning include bone marrow depression, jaundice and gastrointestinal bleeding. Gold is one of the less common ways someone can get metal poisoning.

Heavy metal poisoning overall is actually common. It can occur from industrial exposure, air or water pollution or ingestion. Also, take a lesson from the episode and avoid marrying a person who might try to kill you one day.

After one of Lisa Cuddy's patients has bloody diarrhea, House has James Wilson keep Cuddy occupied at a Poker game while he tries to determine if the patient has Erdheim–Chester disease, an incredibly rare condition that was fatal a previous time he encountered it. Though initial tests are negative, and House risked the patient's life in order to get tissue for a biopsy (what else is new?), he is right about his diagnosis.

The Histiocytosis Association explains on its website that Erdheim–Chester is a rare disease involving immune cells:

It involves the excessive production of histiocytes, which are a type of white blood cell. These cells, which normally help fight infection and injury, then gather in different organs and tissues and can result in a variety of symptoms, including organ failure.

At five years, the disease is reported to have an overall survival rate of 41 percent.

The cause is said to be unknown, but the disease normally doesn't show up until middle age. Treatment options include chemotherapy, immunotherapy and corticosteroids.

A woman still can't sleep after swallowing an entire bottle of sleeping pills and later has rectal bleeding and liver problems. The patient's girlfriend donates part of her liver to try to save her and prevent the patient from breaking up with her. House learns that a dog the patient was exposed to could have picked up fleas carrying bubonic plague, and his assumptions are confirmed.

The Black Plague historically wiped out about one-third of the population of Europe. It was so bad that they would send around carts calling for people to bring out their dead. According to the CDC, there are about 10 to 15 cases of it each year in the U.S. These generally occur in rural Western states and could happen after exposure to animals carrying fleas with the disease. Symptoms include fever, headache, chills and swollen lymph glands.

You can help protect yourself from plague by avoiding handling dead animals, using insect repellent and not being involved with a person whose dog has infected fleas.

A woman mysteriously comes down with a fever and is sleeping excessively. Though the team initially suspects a tumor is the cause, the symptoms point to African trypanosomiasis, a.k.a. sleeping sickness. They determine the patient could have been exposed through an extramarital affair and start treatment.

Symptoms of African sleeping sickness include fever, severe headaches, irritability, extreme fatigue and swollen lymph nodes. It can result in death if not treated. WHO explains the disease occurs only in African countries where tsetse flies transmit it. There are reported cases of foreigners getting the disease after visiting the continent.

The CDC recommends limiting exposure to tsetse flies in order to prevent the disease. This includes wearing neutral colors and long sleeves when visiting an area where the flies are present. It's also a good idea to stay faithful to your spouse if the other option is exposing yourself to sleeping sickness during an affair.

6. Measles in the brain, "Paternity"

After a lacrosse player has double vision and collapses on the field, it's discovered that he's also suffering from night terrors and can only come up with "baby elephant" when asked to name an animal that starts with B, which is kind of a stretch. After learning that the boy had been adopted, House figures out he wasn't given timely vaccinations when he was younger and determines he has measles in his brain.

Though it seems unbelievable, subacute sclerosing panencephalitis, a.k.a. measles in the brain, actually does occur:

The disease is rare in the states, with only around 10 cases reported each year. Proper immunizations are shown to be a successful preventative measure.

Muggers call for help when their victim collapses. It becomes apparent that the patient has brain damage and mimics the most authoritative figure in the room. House uses this in order to figure out how the man got sick.

Mimicry due to brain damage can actually occur. A real-life case was recorded by psychologist Giovannina Conchiglia. Mirror syndrome can also occur differently between a mother and fetus, where water retention in a pregnant woman can mirror fetal changes.

To prevent brain injuries, the CDC outlines various everyday strategies like wearing your seat belt, using handrails and wearing helmets when necessary. Also, trying to avoid getting mugged is just good in general, though that didn't bring on the disorder in the episode.

House goes on a detective mission to figure out what disease is rapidly killing Dr. Foreman. He visits a house where Foreman is thought to have become infected and discovers water is coming from a cistern on the roof that contains Naegleria fowleri, a parasitic amoeba that feeds on brain cells, causing primary amoebic meningoencephalitis (PAM).

Naegleria fowleri is found in warm water and soil and generally enters the body through the nose. Though cases are rare, the CDC and medical journals confirm that PAM is often fatal.

Though the disease is quite rare, prevention includes avoiding swimming in warm bodies of water and staying out of houses where people have become infected with strange illnesses, unlike Dr. Foreman.

PHOTO GALLERY
8 Herbs And Spices That Fight Off Disease

8 Rare 'House, M.D.' Cases That Can Actually Happen (And How To Avoid Them)
8 Herbs And Spices That Fight Off Disease 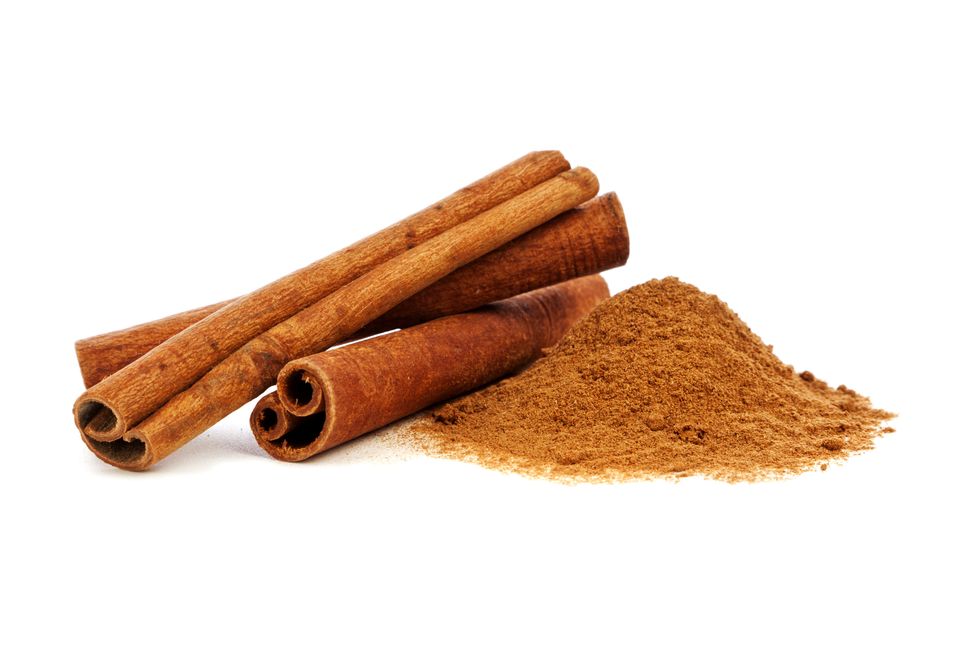 1 / 8
Cinnamon
Cinnamon, which comes from the bark of a type of evergreen tree, is said to contain more antioxidants than any other spice. Among other feats, it’s been shown to lower LDL (bad) cholesterol and to reduce the proliferation of leukemia and lymphoma cancer cells. Now a new study suggests it also may help combat Parkinson’s disease, though researchers have yet to test this theory in clinical trials.<br><br> According to Kalipada Pahan, the lead researcher of a <a href="http://www.sciencedaily.com/releases/2014/07/140709095257.htm" target="_blank">recent study</a> done at Rush University Medical Center, cinnamon may help to alleviate or prevent the tremors and poor mobility suffered by those with Parkinson’s disease. The key to cinnamon’s power against Parkinson’s is a compound that is turned to sodium benzoate in the liver. The sodium benzoate is then sent to the brain, where it protects neurons and normalizes neurotransmitters.
Oliver Hoffmann via Getty Images