The marble hallway trod for centuries by Maryland politicians will host perhaps its most sinister character when actor Kevin Spacey arrives for work next week.

Television crews from the political thriller "House of Cards" began transforming Maryland's State House into the backdrop for scenes this week, remaking the House of Delegates chamber to resemble that of the U.S. Senate.

Production will take over the State House on Monday and Tuesday, closing the more than 230-year-old building to the public during filming of the Netflix drama, which stars Spacey as scheming Majority Whip Francis Underwood.

"What have you guys done to my dais?" House Speaker Michael E. Busch joked with the crew Thursday as he eyed their stagecraft, inspecting the new drapes, rows of American flags and hollow columns. "It looks much better," he said.

Portraits of former speakers of the House that lined the chamber's walls have been sent to archives. Walls with plaques have been covered by faux marble walls. Blank facades were placed over the voting boards that display the names of Maryland delegates.

The drama of greed, power and manipulation began filming its second season in Maryland last month and held a casting call in Annapolis several weeks ago.

"I walked in the door, and they looked at me and said, 'You're perfect for the part,'" recalled the Rev. Henry Green of Heritage Baptist Church in Annapolis.

Green said he's been told to show up at 6 a.m. Monday and Tuesday, wearing a suit and ready for a 12-hour day, though he does not know what role he is playing. Perhaps a senator?

"They were looking for someone in their 50s or older who wears a suit well," Green said. "I have gray hair, and I have a Southern drawl."

Green, a fan of the show, has contemplated working the story line of "House of Cards" into his sermons, since the questionable ethics of the characters in the first season resonate with one if his favorite themes: We choose how to relate to the world, and those choices matter. His role as an extra, though, has nothing to do with his day job.

"Secretly, I think everybody has this desire to want to be discovered," Green said.

It's been a decade since anything was filmed at the State House, according to the Maryland Film Office. The 2003 Chris Rock film "Head of State" used one of the legislative lounges. The Virginia Capitol, meanwhile, recently hosted film stars for the Academy Award-winning "Lincoln."

The State House is the latest in a string of Maryland landmarks to be remade since "House of Cards" and HBO's "VEEP" began filming here. Both productions have filmed at the Belvedere in Baltimore, as well as at the War Memorial across from City Hall. Last summer, "House of Cards" filmed at Mount Vernon's Peabody Institute. The series also has filmed at The Baltimore Sun.

Since the State House cannot be rented, "House of Cards" producers have given donations to various Maryland groups, said Sam Cook, director of Annapolis facilities for the state Department of General Services. Cook said he did not know which organizations received the grants. Representatives of the State House Trust, which oversees the facility, were not immediately available for comment Friday.

Set construction will continue through the weekend. State House workers, including the lieutenant governor, and their staffs will continue to use the building during filming next week. No cameo role is expected for Gov. Martin O'Malley, who will be traveling on a trade mission, according to his staff.

This year, lawmakers voted to more than triple state tax credits for the film industry, increasing the annual allotment from $7.5 million to $25 million. The Maryland Film Office estimates "House of Cards" had an economic impact in Maryland of $140 million last year.

Among the hopefuls at the casting call held a few weeks ago was Anne Arundel County Councilman Chris Trumbauer, who said Thursday that he hasn't been offered a part but has one in mind.

"I don't think I look enough like a real politician," said Trumbauer, who earns his living as a Riverkeeper and is still holding out hope. "I'm thinking maybe an environmental protester trying to antagonize Frank Underwood?" 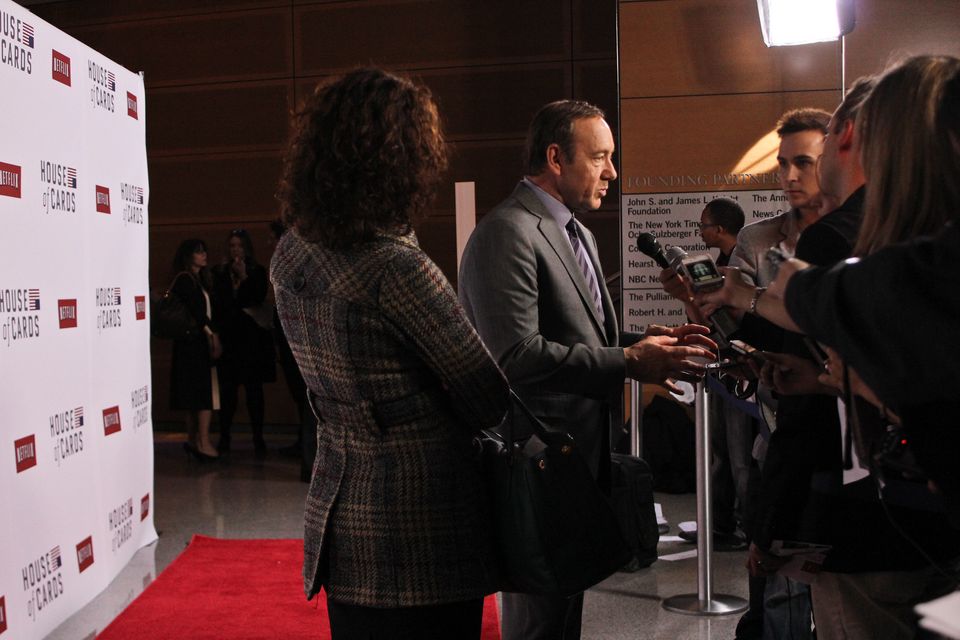