Frank and Claire Underwood do their Frank and Claire Underwood thing in the third season of "House of Cards," but it's the supporting cast members who shine in the newest chapters of Netflix's political drama. And not just Doug Stamper (he's alive!), Remy Danton and Jackie Sharp: Time and again, new faces (and some old ones) steal the show during Season 3. Let's highlight the six best. 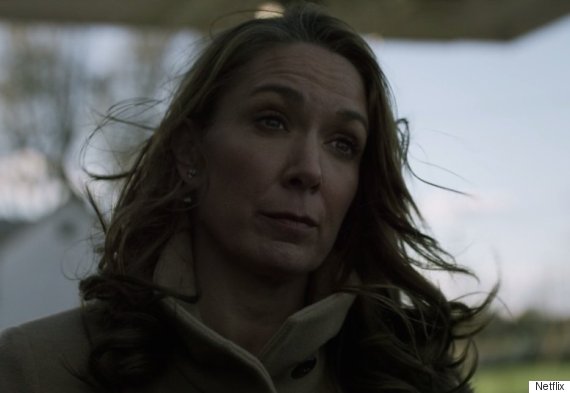 On "House of Cards": Marvel's Heather Dunbar was a fringe player in Season 2, but she shot to the forefront of Season 3 as Frank's chief rival for the 2016 Democratic presidential nomination. Her arc is ultimately tragic: Even Dunbar, a pillar of righteousness and honor -- her go-to uniform for much of the season is literally a white suit -- is eventually pulled down into Frank's muck and mire. That she loses in Iowa is no surprise: In the game of politics as presented by "House of Cards," no one is a better Frank than Frank.

Where you've seen her before: Marvel appeared on television shows such as "Person of Interest" and "Law & Order: SVU." She played an adult version of Hailee Steinfeld's Mattie Ross in "True Grit," and also had small roles in "Lincoln," "Hyde Park on Hudson" and "A Most Violent Year." 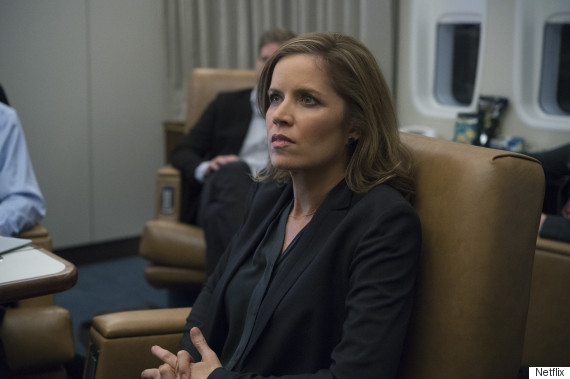 On "House of Cards": Dickens plays Kate Baldwin, a Pulitzer Prize-winning journalist who becomes a critic of Frank's White House and failed policies. Her relationship with Thomas Yates (Paul Sparks) never amounts to very much from a story standpoint, but her clear-headed dismissal of Thomas' ridiculous attempt to put Frank into a corner is its own reward. Give these two a spinoff, Netflix.

Where you've seen her before: Everywhere really, but most recently as Detective Boney in "Gone Girl" -- a role and performance very similar to Baldwin. 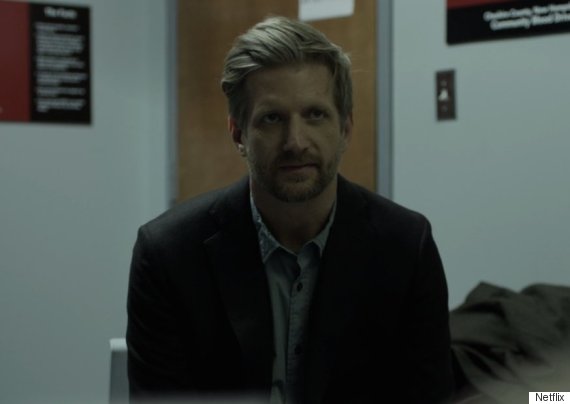 On "House of Cards": Sparks is author (and video game reviewer) Thomas Yates, a sort of budget James Frey who is hired by Frank to write a biography-cum-propaganda manifesto to promote America Works. That this winds up blowing up in Frank's face is pretty predictable -- why he would trust Thomas to write his memoir isn't fully explained -- but it also provides Season 3 with some of its best introspective moments. Yates cuts to the core of Frank and Claire's marriage, pushing them both with questions that reveal unpleasant answers about their shared life. While Yates never feels like more than a plot device, Sparks' work is laudable and often quite special. He's one of Season 3's biggest bright spots.

Where you've seen him before: As Mickey Doyle on "Boardwalk Empire." Also in "Mud" and "Rachel Getting Married," among other films. 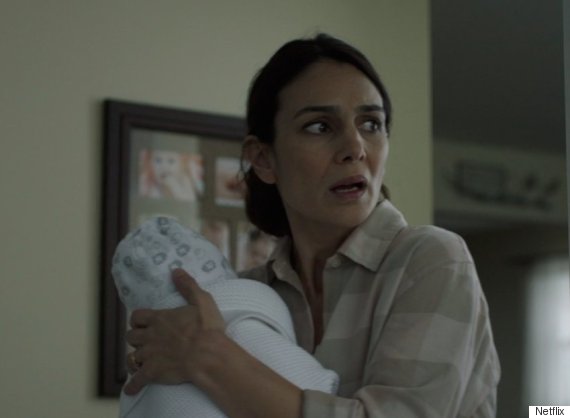 On "House of Cards": She plays an Iowa woman and first-time mother who Claire meets on the campaign trail. The two discuss marriage and children, and Parisse's character reveals her infidelities and murderous thoughts with a cavalier insouciance that is so contrived it almost works.

Where you've seen her before: Parisse, who's married to Sparks in real life, has dozens of credits to her name, including appearances on "Law & Order," "Rubicon," "The Following" and "Person of Interest." Her first notable film role was in "How to Lose a Guy in 10 Days." 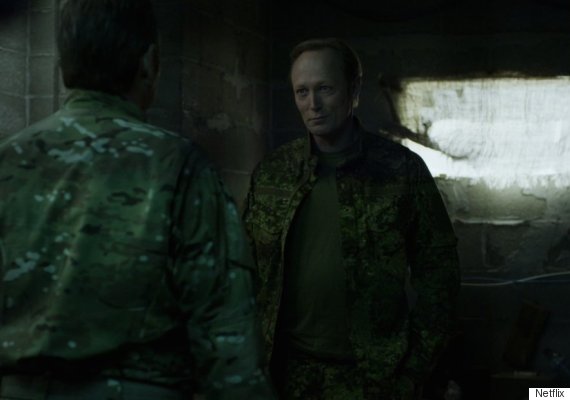 On "House of Cards": Mikkelsen plays Victor Petrov, the "House of Cards" version of Vladimir Putin. On the show, the duplicitous Russian president enjoys surfing and vodka, and uses Claire Underwood to pressure Frank at various points in the story. Petrov ends up getting the better of Frank before shuffling away from the show's narrative in the back-end of the season.

Where you've seen him before: Mikkelsen starred on the original version of "The Killing" and in 2009's "Headhunter." He's the older brother of Mads Mikkelsen ("Hannibal"). 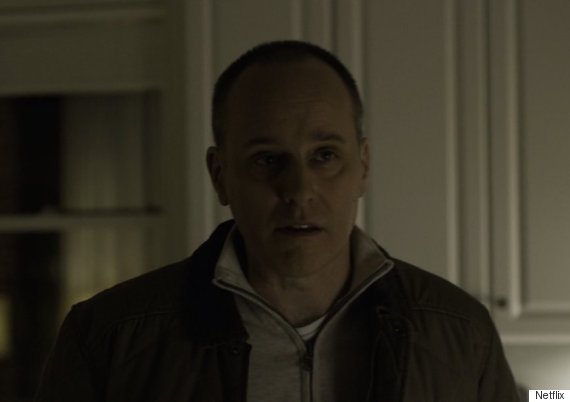 Where you've seen him before: "Law & Order" (of course) and "The Americans" as Pastor Tim.