As part of The Ungovernables' exhibition, The New Museum hosted The House of Natural Fiber (HONF), a new media art collective out of Yogyakarta, Indonesia. Yogyakarta is the second largest city on Java, a densely-populated island that hosts an active volcano named Mt. Merapi which erupted in 2006, and again in 2010, coating the city in ash.

The collective's previous piece, titled, “Intelligent Bacteria—Saccharomyces cerevisiae,” called attention to a new tax in Indonesia that caused the price of alcohol to skyrocket. As a result, a number of locals started fermenting their own liquor, creating potent moonshine that resulted in three deaths soon after the tax was introduced. To address the issue, HONF worked with microbiologists from the University of Gajah Mada in order to give free fruit-fermentation tutorials to the public. Not content with this DIY session, though, the art collective enlisted DJs and sound artists to create beats from the fermenting fruit, calling it a “bacteria orchestra.”

HuffPost Arts interviewed the collective about their latest project, which shows the aftereffects of the 2010 volcanic eruption on the water supply in the area. The trio (Venzha Christ, Tommy Suryo, and Irene Agrivina) revealed the inspiration behind the DIY session "IB : EC [Intelligent Bacteria: Eschericia coli], The song of the river (2012)" below. Scroll down for images. 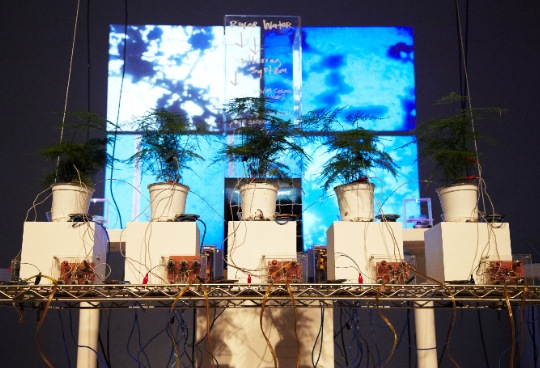 HuffPost Arts: How did this project start?

HONF: After the eruption, we did an experiment and found that part of the Code River was polluted, but people still drink and swim [in it]; they use it in their daily life. After that, we started a research project to find a solution for the people, to filtrate water. In this project, we brought four examples of the river of our city and showed a real time projection from the microscope. [We ask] how we can connect with plants as a life form and how to keep low frequency electro magnetic waves from the plant. We believe that all material produces energy, and we work a lot with energy.

[Ed note: On their second day at the New Museum, the trio gave an audio performance which was based on the amplified electromagnetic signals given off by plants soaked in the newly purified Code River water; apparently plants produce breakcore-like beats. Who knew?]

HuffPost Arts: Who is involved in your collective?

HONF: Everybody comes from an art university [on our team] but young people join from other professions, so now architects, designers, economists, physicists are involved. And we work with science departments in universities so we can combine art, science and technology.

HuffPost Arts: What artists have influenced you?

HONF: Our community is quite open, so everyone influences us!

HuffPost Arts: What is the new media scene like in Yogyakarta?

HONF: In our country, the situation of the new media artists is small, almost nothing -- like an embryo. We really started from zero. It’s so small compared to big science internationally. We are just trying to gather many young people interested in science and technology and artists to collaborate. The arts become a new language on how to understand innovative and concrete ideas from a young generation. The most important thing is to keep working on how to analyze and react to a situation and how to find a solution.

[At this point, Irene broke in to add this line]: The characteristic of new media is unlimited and what we do is unlimited.

HONF: Right now we’re developing many projects and platforms. Next month we have a show called "Micro/Macro Nation" in Yogyakarta. This is the first time in twelve years that we’ll have a solo show in our city! We are not famous in our own country.

HuffPost Arts: Why is that?

HONF: Because people are still trying to understand new media. People always try to classify our works: 'Is it science or is it art? It’s confusing.' We say, 'This is art and science.' I hope they accept our solution.

All images courtesy of the New Museum, New York. All photos by Jesse Untracht-Oakner. House of Natural Fiber’s installation "IB : EC [Intelligent Bacteria: Eschericia coli], The song of the river (2012)" was on view at the New Museum from March 8-9, 2012. 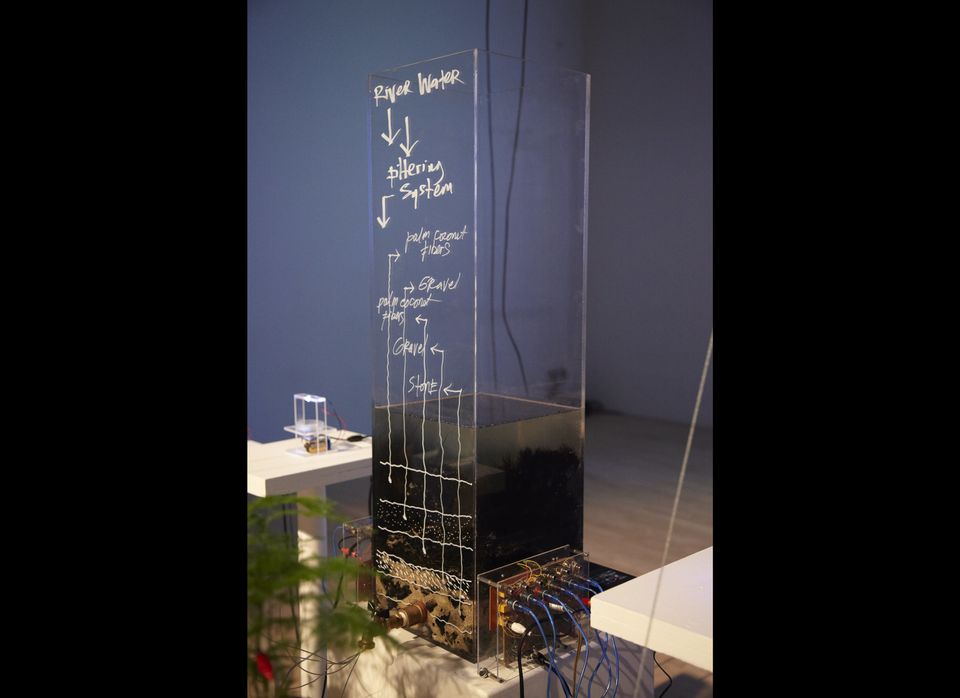