Rich people have been wondering why everybody is so mad at them when all they do is create jobs and have better genes and work harder than the rest of us schlubs. But it's no mystery.

The answer to why everybody is mad at rich people (who actually do not create jobs, have better genes or work harder than the rest of us) can be found in a new study by the Russell Sage Foundation, a New York research group, on how the Great Recession affected Americans' wealth. The typical household's wealth has been slashed by 43 percent since 2007, the year the recession began, tumbling from $98,872 to $56,335, according to the study.

For the top 5 percent of Americans, however, the story has been much different: Their net worth fell, too, but only by 16 percent, to $1.36 million from $1.63 million.

Here's another way of looking at it, an even longer-term view. This chart, from the Russell Sage report, tracks the change in wealth for various groups of Americans going all the way back to 1984. 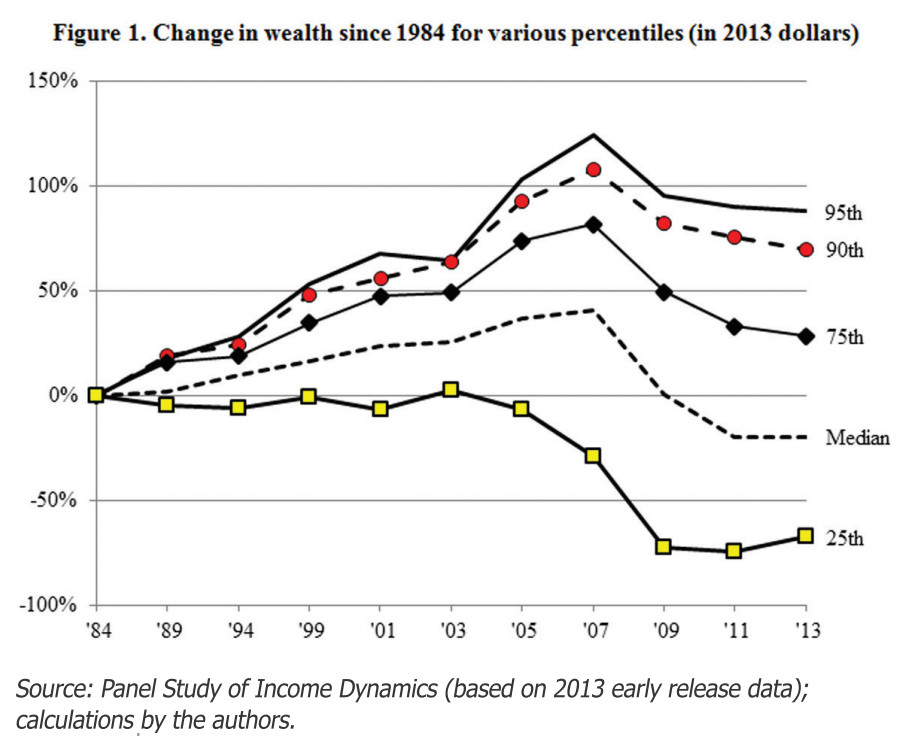 As you can see, for people at the very top of the wealth pile, their net worth has nearly doubled in the past 30 years. Median wealth, on the other hand, is lower than it was 30 years ago. The Reagan Revolution mostly benefited a lucky few, helping widen wealth inequality, a trend that seems likely to continue for the foreseeable future.

Meanwhile, at the bottom of the wealth pile, net worth has been more than cut in half over the past decade. The rich have benefited from a soaring stock market in the past five years. Some middle-class homeowners have scratched back some wealth thanks to a partial rebound in home prices. The poor, on the other hand, have no such assets, and their debts have piled higher -- debts, in many cases, owed to the wealthy.

Download
Calling all HuffPost superfans!
Sign up for membership to become a founding member and help shape HuffPost's next chapter
Join HuffPost
Voting Made Easy
Register to vote and apply for an absentee ballot today
Register now
Mark Gongloff
Managing Editor, Business and Tech, The Huffington Post
Suggest a correction