Some people may think they like "living on the edge," but there are a few places around the world where people are doing just that.

Check out the seven places we found where people are really living under a rock, or at least on top of it.

1. Town of Manarola, in Liguria, Italy 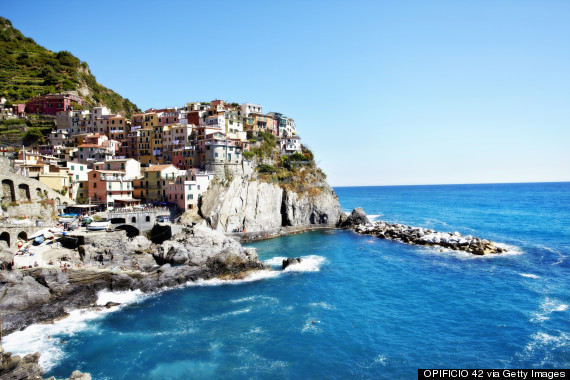 A small town located in the province of La Spezia, Manarola is famous for its colorful houses built cliffside on the Cinque Terre coast. Little ladders wind their way down the cliffs to the sea, perfect for a leisurely dip.

Located in the Lungnak Valley of Zanskar, the Phuktal Gompa monastery can only be reached on foot, for now. Once visitors arrive, they are allowed to attend daily pujas, ceremonies and festivals.

3. The Cliff of Bandiagara, Mali, Africa 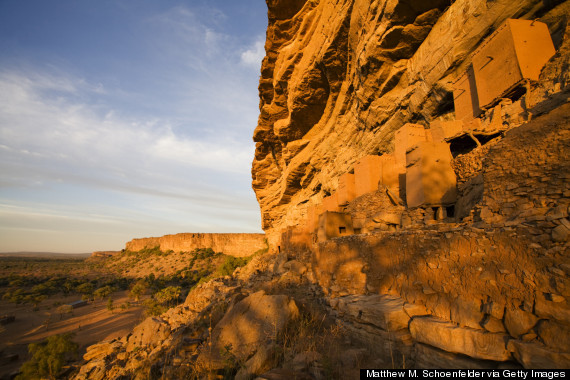 Built into Mali’s Cliff of Bandiagara, the Land of the Dogons encompasses 289 villages spread out over plains, cliffs and sandstone plateaus.

Once occupied by the Romans, Setenil de las Bodegas is technically part of Andalucia's "Pueblos Blancos." Houses use rock as roofing and insulation.

5. Cliffs of Bonifacio in Corsica, France 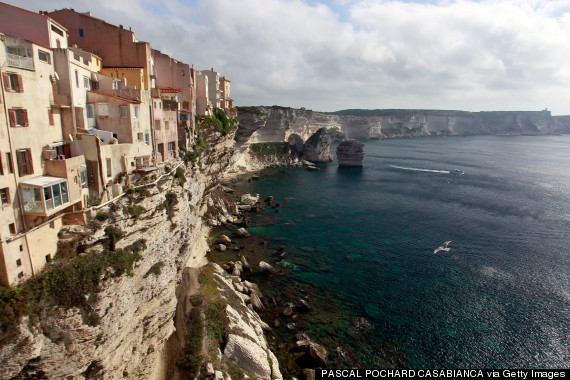 Built on limestone cliffs, medieval houses perch precariously above the Mediterranean Sea on the cliffs of Bonifacio in Corsica. A touristy favorite, the houses look more like a novelty than actual dwellings.

While being built into a cliff is cool enough, the only thing that might top "living under a rock" is finding cool skeletons. And by "cool" we mean the first skeletal remains of Homo sapiens from the Upper Paleolithic era, along with other amazing artifacts and drawings. 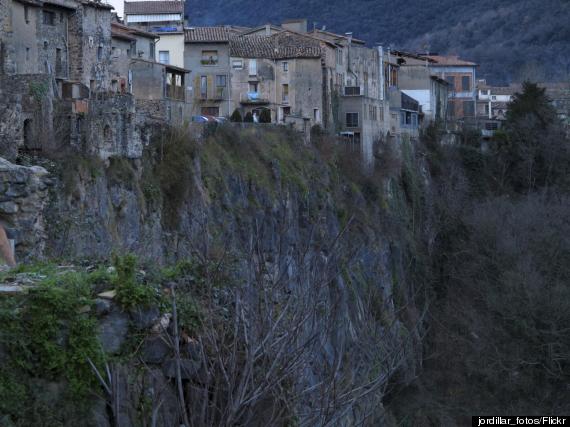 With shady corners and Middle Ages-architecture, Castellfollit de la Roca might be scarier in person than in pictures. The houses appear to barely cling to the basalt crag, squeezed in between the Fluvià and Toronell rivers.

Charming Treehouses for Rent Around the World