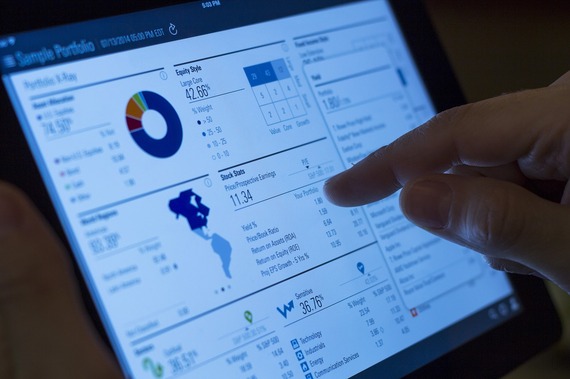 The recently approved Title III rules of the Jumpstart our Business Startups (JOBS) Act by the Securities and Exchange Commission (SEC), now alternately referred to as Regulated Crowdfunding or Investment Crowdfunding, has been greeted with high expectations in the U.S. crowdfunding industry. Most industry stakeholders - including myself - are envisioning the industry to flourish as a result of a more democratized environment characterized by the participation of non-accredited investors. Nonetheless, I believe that by examining the demographic composition and the age distribution of the U.S. population we can gain insight into, and more accurately predict, its likely impact on the country's capital formation landscape - at least in the near future. The 3 major age groups capable of influencing investment activities in the U.S. are the Boomers, the Gen X and the Millennials.

Representing the individuals born between 1946 and 1964, the 75 million baby boomer generation currently account for about 70% of the total household wealth in the U.S. According to J.P Morgan report, this generation holds non-financial assets, particularly residential properties, that is about two-thirds or 75 percent of total household assets in 2013. Financial assets only account for just one-fifth or 20 percent of total assets. This means that the boomers will need to increase their financial assets in order to sustain the expected increase in their consumption expenditures during retirement.

Online private investing, powered by equity and debt crowdfunding platforms, has recently become the latest trend in capital formation. While thousands of accredited investors have earned decent returns by investing online through crowdfunding platforms, the regulatory environment was not favorable towards millions of non-accredited investors barred from participating in online investing.

A potential industry game changer occurred on the 30th of October 2015 when the SEC released the much anticipated Title III of the JOBS Act which is meant to facilitate the participation of non-accredited investors in crowdfunding.

Thus, the boomers now have access to a democratized means of investing. While the boomers generally control substantial assets, wealth distribution within the generation is highly skewed as more than two-thirds of the generation's wealth is held by the wealthiest 10 percent.

In line with basic economics principles, it is expected that boomers become more risk averse as they approach retirement. They will prefer to place their wealth in less-risky asset classes, and make investments that get the most cash flow rather than capital growth. For this reason, real estate crowdfunding should pique their interest since a substantial part of their assets is presently held in residential properties, with real estate being a less volatile asset class. They should also be more likely to invest in debt deals which are less risky than equity deals. They might be invest more on residential fix and flip properties which guarantee a constant cash flow, rather than commercial properties that offer capital growth.

Gen X and the Millennials can adopt two strategies to achieve this goal. First, by increasing the returns on their investments or assets. Second,by intergenerational transfer of wealth, from the boomers to the gen X/millennials. Both strategies can be achieved through crowdfunding.

By investing online through crowdfunding platforms, all 3 generations can enjoy higher rates of return on their investments compared to ROIs from REITs, pension funds and other forms of pooled investments. They also get to diversify their investment across various startups and projects. Intergenerational transfer of funds can also be facilitated through crowdfunding. When boomers invest directly into enterprises founded by the younger generation, an indirect transfer of wealth, independent of the family line, is hereby facilitated between the generations.

The younger generation, on the other hand, are more open to the use of technology and known to take more risks. With the investment crowdfunding in the landscape, these gen X and millennials can now venture into the world of online investing.

Intensive investor education and advocacy is required so that the substantial wealth held by these financial backers, especially by the boomers, can be released into the online private investing space. A report recently released by Times Realty News (TRN) estimates that about US$365 billion could be released into the real estate crowdfunding space alone as a result of participation from non-accredited investors.

Crowdfunding platforms and the media must have a strategic advocacy. They have to consider the different investment behaviours and risk appetites of these 3 generations of investors since they control the lion's share of household wealth in the U.S. Focusing on a single group while neglecting the others will not lead to the expected impact of the new rule on the industry's landscape.