The first "X": You don't run across many islands with their own goddess. One is Cyprus, the home of the Greek love goddess Aphrodite. Another is Cozumel, a spot on the Mexican Caribbean where the Maya goddess Ixchel doled out love, fertility and lots of offspring.

The "x" in Ixchel is silent (it's pronounced eee-shell). Cozumel comes from cuzamil, the Maya word for swallows - Ixchel's favorite bird. 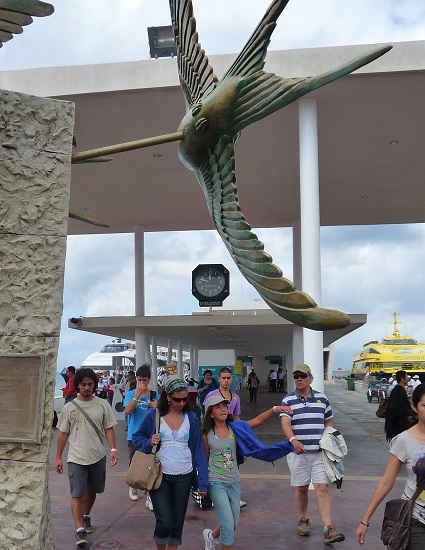 According to Velio Vivas Valdes, Cozumel's official cronista (historian), "The Maya religion required all women to come to Cozumel to pray at the shrine of Ixchel at least once in their life." Millions of pilgrims must have made the long journeys from across the Yucatan Peninsula and from Maya territories as far south as Honduras.

According to legends, if the goddess heard the visitors' prayers for fruitful marriages and healthy children, she filled the air with flocks of sparrows. In return, the women left offerings, typically little straw dolls.

The pilgrimages ended in 1519 when Hernan Cortes and his army showed up on Cozumel to begin their conquest of Mexico. Why Cozumel? Besides being a quick sail from the Spaniards' New World headquarters on Cuba, Cortes had heard there was lots of gold on the 34-mile-long island. There wasn't, and a week or so later - after ripping down many of Ixchel's sacred alters, shrines and temples in their zest to bring Christianity to the island -- the bearded strangers packed up and sailed away, eventually to start the invasion way down the country's eastern coast at Veracruz. 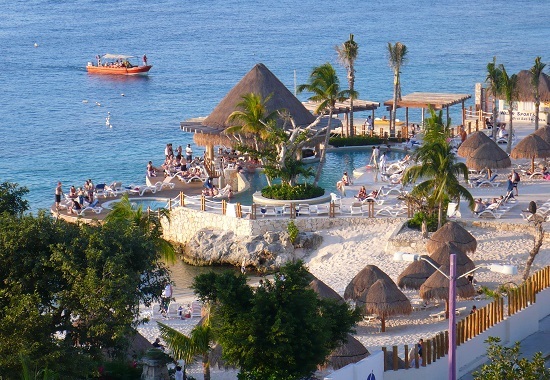 The second "X": Jump ahead to World War II, and the construction of an American air base (during which some more of Ixchel's temples bit the dust) on Cozumel. The pilots' mission was to keep an eye out for German submarines that might have been roaming around the Caribbean, perhaps to attack the Panama Canal. They didn't find many subs, but the tequila-clear waters off the beaches of Cozumel made an ideal training area for underwater demolition teams. And showing the frogmen wiggling around the island's reefs would be great PR for the project in movie theaters back home.

So the Air Force stationed a Hollywood-trained movie crew on the island. For a while, their footage got rave reviews. But the public soon got tired of seeing frogmen darting around pretending to blow up things and planes taking off to go looking for nonexistent threats to the Canal. Accordingly, the movie crew didn't have much to do - until someone came up with the idea of making bootleg movies. In particular, X-rated (here's the second X) films to be shot with smuggled in "stars" and shipped back to the States for showings in college frat houses and smoke-filled men's clubs.

Thanks to Uncle Sam, Cozumel became a sort of X-rated movie production capital of the Americas. So what if their scripts made little sense (if they had scripts at all). So what if they clicked away on grainy 8mm film (and not always with sound).

When the war ended, the air base was converted into a commercial airline terminal, the remaining temples of Ixchel on a site called San Gervasio were packaged as a tourist attraction, and the movie-makers, civilians again, used their X-rated film talents to set up boutique studios in California's San Fernando Valley outside Los Angeles. 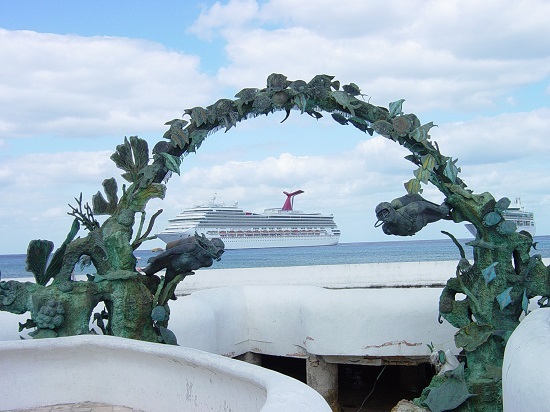 Cozumel today is one of the world's top cruise ports. Photo by Bob Schulman.

The third "X": The Spanish invaders didn't spot them - they probably sailed right over them - but as things turned out, Cozumel really is loaded with treasures: The island is ringed by 30 coral reefs rated among the most spectacular diving sites in the world.

Fast forward to 1961, and undersea explorer and diving guru Jacques Cousteau uses the third "x" - in the word "extraordinaire" -- to describe the Darwinian wonderland awaiting divers along the reefs of Cozumel. His award-winning documentary that year spotlighted an underwater panorama of swaying gardens, sunken galleons, tunnels, rare trees of black coral, limestone caves and steep walls plunging to the ocean floor. Darting around the waters - so clear there's up to 200 feet of visibility - Costeau found over 500 kinds of fish, everything from nurse sharks to large angelfish. 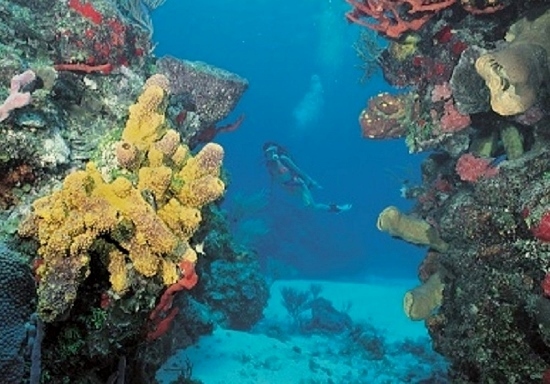 Cozumel's reefs are in a protected national park. Photo courtesy of the Cancun Convention & Visitors Bureau.

The island's diving and archaeological attractions coupled with the beauty of its white sand beaches today draw millions of tourists a year, many from cruise ships docking there for the day. Other visitors come by water ferries on the 12-mile run between the island and the mainland port of Playa del Carmen on the Riviera Maya, on a 20-minute air shuttle from Cancun and on jets arriving at Cozumel's international airport.

Buy a tour of the island, and chances are you'll end up in a jeep caravan. The four-wheel-drive vehicles, developed during World War II as an all-purpose scout car, make it easy to explore Cozumel's off-road historic sites and the jewels of nature found along its powdery beaches. 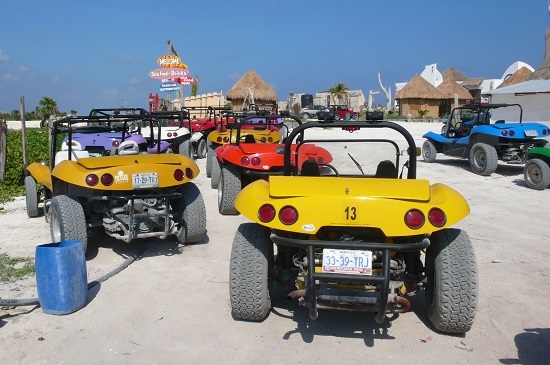 Bouncing along the highway to the Maya ruins, few tourists are aware that they're riding over an ancient path trod by all those millions of women who came here to pray to Ixchel.

Not all of today's visitors to San Jervasio are there just to look around. Notes historian Velio Vivas, "We still find little straw figures and other offerings at the ruins."