While working on my book Process: The Writing Lives of Great Authors, I found that even for the best writers in the world, getting started can be the hardest part. Here's how 5 great authors found what they needed to get going on their very first novels...

The Spark: A Writing Group

Morrison was a 35-year-old professor at Howard University when she joined a writing group just for fun. It soon became clear that she couldn't remain in the group unless she actually wrote something, so she began toying with a story based on an African American girl she remembered from elementary school, who had proclaimed her wish to have blue eyes. Not too long after, Morrison divorced and moved to Syracuse, where she had few friends. To pass the time, she brought the story from her writing group back out and began expanding it into a novel. Five years after she started, Morrison had completed The Bluest Eye.

A college girlfriend mentioned to Wallace one night that she'd rather be a character in a book than a real person. The comment hit Wallace, and he found himself turning it over and over in his mind, trying to figure out exactly what she'd meant by it. He pondered the difference between a fictional character and a real-life person, and how language could play a part in shaping our understanding of both. The idea became the catalyst for a story that developed over the course of Wallace's final year at Amherst College into The Broom of the System, a novel about a woman who doesn't believe in her own reality. Wallace turned the novel in as his senior thesis and a couple years later, it was published. 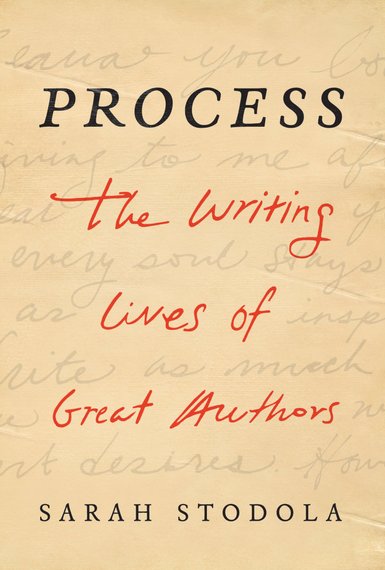 The Spark: The Turn of the Millennium

Fully anticipating a career in academia, the 20-year-old Zadie Smith nevertheless set out to write a novel about a man who comes out of the 20th century in a positive way. She worked on what eventually became White Teeth during her last couple of years at Cambridge University ("when everybody else was getting drunk," she told The Rumpus in an interview), finishing most of it before she graduated. She showed it to a trusted group of five or so friends periodically along the way, readers she says were crucial in the development of the book. Like Wallace, Smith's first novel came out when she was just 24.

The Spark: A Trip to Spain

After stints as both a newspaper reporter in Kansas City and Red Cross ambulance driver in wartime Italy, Hemingway returned home just long enough to get married and gather his thoughts. Then he moved to Paris, where his fiction ambitions began in earnest. He showed promise, but nothing more, until a fateful trip to Spain with friends to take in the bullfights. The idea for The Sun Also Rises came to him and he got started before the group even began the return leg of the journey; indeed, the characters in the novel were based closely on those friends who had joined Hemingway on that particular trip. The novel spewed forth -- Hemingway claimed to have averaged 2,000 words per day while working on the first draft -- and he finished it in well under a year.

The Spark: A Newspaper Blurb

A young Didion came across a newspaper article while working at Vogue in New York City and feeling homesick for her native California. It was a mere blurb about a man charged with killing his farm's foreman in the Carolinas, but the image stuck. She relocated it to California and turned it into the seminal scene for a novel, which she worked on at night in a sublet Upper West Side apartment. With half the book written, she sent it off to publishers, the lucky 13th of which accepted it and paid her a small advance to write the last half. Run, River came out with Didion was 28 years old.

Process: The Writing Lives of Great Authors is now available from Amazon Publishing.