From 24/7 Wall St.: President Barack Obama will give a speech before a joint session of Congress this week, in which he will lay out a job creation plan. There have been only seven speeches about economic and business issues before a joint session of Congress since the end of The Great Depression. 24/7 Wall St. has reviewed these speeches and found that they had virtually no effect on the economy, despite the detailed proposals.

The balance of the speeches addressed different crises such as soaring energy costs, inflation, and recession. Each of these speeches offered specific road maps for economic improvement. While each president gave a broad description of the trouble, most offered a specific set of solutions. Rarely were any of the plans adopted, either because of political opposition or because the problems resolved themselves. In many cases, the economy got worse after the presidential address. It is impossible to trace any recovery to the presidential proposals in almost every case. Those that were enacted into law were so substantially changed by Congress that they barely resembled the presidents’ suggestions.

24/7 Wall St. reviewed all of the presidential addresses to joint sessions of Congress from The Great Depression through the present to identify all those that dealt primarily with the economy.

This is 24/7 Wall St.’s analysis of The Seven Presidential Addresses To Congress On The Economy. Read more at 24/7 Wall St.

PHOTO GALLERY
How The Seven Biggest Presidential Speeches On The Economy Failed
Download
Calling all HuffPost superfans!
Sign up for membership to become a founding member and help shape HuffPost's next chapter
Join HuffPost 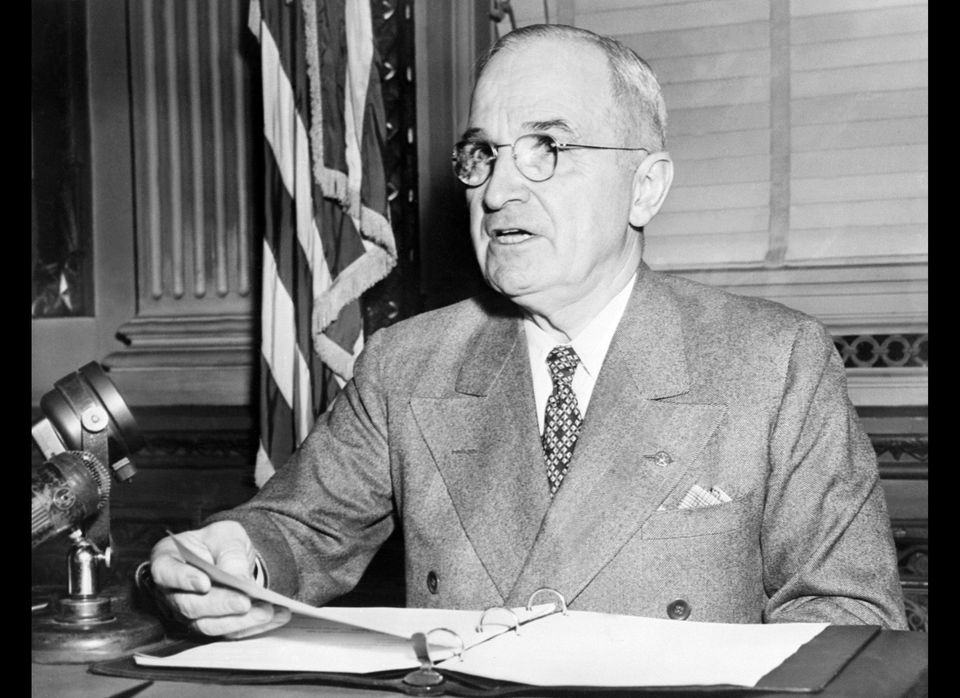 1 / 7
1. Truman's Railroad Strike Message
<strong>Date:</strong> May 25, 1946<br> <strong>President:</strong> Harry S. Truman<br> <strong>Inflation:</strong> 8.3 percent<br> <strong>GDP 1 yr. growth:</strong> -10.9 percent (the second worst since The Great Depression)<br> <strong>Unemployment:</strong> 3.9 percent<br><br> On May 25, 1946, Truman said: "I come before the American people tonight at a time of great crisis. The crisis of Pearl Harbor was the result of action by a foreign enemy. The crisis tonight is caused by a group of men within our own country who place their private interests above the welfare of the nation." The "group of men" happened to be the hundreds of thousands of coal workers that were on strike and the railroad workers that were on the verge of doing the same. Believing the unions were going too far by threatening to strike, Truman demanded the workers settle or he would implement measures such as drafting strikers into the armed forces. Mid-speech, Truman received word that the potential railroad strike had been settled. Days later, the coal strike ended as well. The president would face several more labor disputes during his two terms in office.<br><br> <a href="http://247wallst.com" target="_hplink">Read more at 24/7 Wall St.</a>
Getty File