They say it takes 21 days to create a habit. It was that many days ago when I made the choice to walk away from Facebook. I made one status update saying I was going off for three weeks so I could completely focus on my ghostwriting projects and on my landscape photography. I promptly deleted the app from my iPhone and removed the link from "Favorites" on my internet browser. I was committed!

On the first morning, instead of scrolling through news feeds and friends' profiles, I left the house with a cleaner than usual kitchen, a load of laundry done and an empty dishwasher that I normally would have let sit until that evening. I wrote two chapters of a client's book and went on an early fall photo shoot. At the end of the first day, I concluded that by time the three weeks were up, I'd be labeled a Domestic Goddess, several more chapters would be completed, and my photography portfolio would have additional fall images. After that, I thought, I would return to posting Facebook status updates as usual. 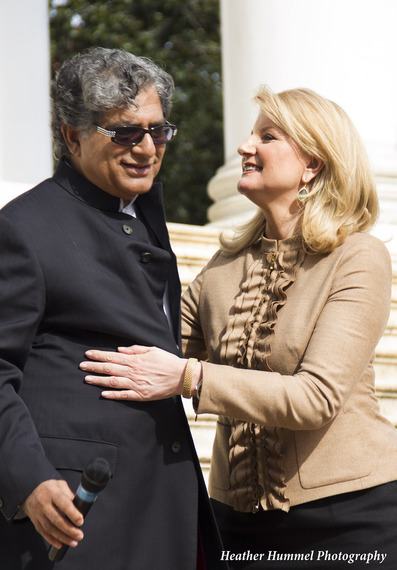 Then the next morning came, and the next and the next. With each of these passing days, my productivity, creativity and focus soared. It was on the sixth day when Deepak Chopra and Arianna Huffington visited the University of Virginia and guided students, faculty and members of the community in a mediation on the Lawn. They stood on the steps of Thomas Jefferson's Rotunda and in their opening words spoke of the importance of unplugging from social media in order to tap into our authentic selves. I sat front and center and absorbed their message of releasing mind-clutter while also capturing several images with my camera in order to preserve the moment.

In the following days, I encouraged friends to stop for a moment and think about the incredible amount of mind-clutter that we filter through when we're on Facebook. We overload our minds by weeding through scrolling updates and images with endless "uplifting" quotes or other photos. We filter constantly without realizing how exhausting it is for our subconscious minds to process these bits of information.

It was also in the second week when it became obvious that one of the biggest benefits of the 21 Day Facebook Detox was that I was now tapping back into real life, not the illusion of life often projected by social media. I was going on longer photo shoots that resulted in some of my best work. Creativity in my photos came more readily because my mind was clear of clutter, allowing higher levels of inspiration to find me. Focused and driven, I was capturing landscapes that had new meaning and depth to them. I was hooked with being unplugged!

What was also interesting was how my experiences at the coffee shop where I write started to change. The coffee shop became my social avenue. People talked to me more. I noticed things like how we all took turns opening the door for the man who rolls in every morning in his wheelchair. How the old men at "their" round table started including me in conversations about local politics. I was no longer walking in, putting down my purse and laptop and immediately getting to work after ordering my Arnold Palmer. Instead, I was engaging in the community, and as a result, I felt more connected and alive in a small coffee shop than I ever did with my 4,158 friends (and counting) on Facebook.

In a recent conversation with my literary agent about this experiment, she made what may seem like an obvious point, but what many don't often take to heart. Her point was that when Facebook or other social media is used effectively, it isn't draining. Limiting our time on social media frees up the rest of our day to truly connect with people, and more importantly, with ourselves. She also noted that when we unplug from social media, we are more conscious of having a quality, not quantity, experience when we do plug back in.

None of this is a claim as a shocking revelation, but how many of us are actually doing this?
This is what I discovered in my 21 Day Facebook Detox:

• My productivity soared.
• My mind was free of all of the mind-clutter.
• Inspiration and breakthroughs came readily and daily.
• My creativity reached new heights for both my writing and my photography.
• Opportunities opened up for me in amazing ways.

Today is my last day of the 21 Day Facebook Detox. While I still posted a few images on my photography fan page and private messaged some connections using the Messenger app on my iPhone, I can honestly say that I didn't miss the rest of it. 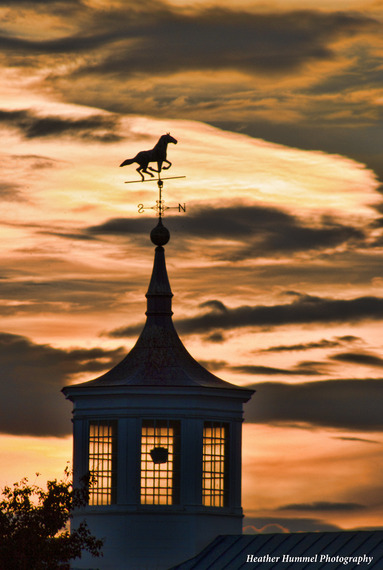 Detoxing from Facebook was the best decision I could have made for my career, peace of mind and livelihood. The image you see here of the weathervane at sunset was one I captured on Day 18. I thought it was appropriate to share because as I later viewed it on my computer screen, I wondered what direction I would take with social media when the 21 Days were up. All I know is that I am certain a habit has been formed.

Note: I encourage those of you who may spend a wee bit too much time on Facebook to try the 21 Day Facebook Detox. If you do, and you have some remarkable breakthroughs, I would love to hear about them.