The North Carolina Chamber turned around its finances and focus--and tripled its revenue without adding staff.

Ten years ago, when S. Lewis Ebert took the helm of the North Carolina Chamber, the finances of the nonpartisan business advocacy organization were shaky.

"It was in debt, with no assets and no resources," recalls Ebert, president and CEO of the chamber. "Our routine practice was borrowing money to meet monthly payroll. There is probably nowhere that is considered a best practice."

Fast forward to today and the chamber is considered one of the best in the country. In October, it won the inaugural "State Chamber of the Year" Award from the national Council of State Chambers. The award recognizes chambers for innovative initiatives, best practices and the delivery of exceptional services and results for their members. The honor was based on criteria spanning the organization: leadership and organizational development, membership development, public policy and governmental affairs, communications and member services, and political engagement.

"It was something that helped our organization stand out and validated the things we've been working on for last 10 years," says Ebert who joined the Raleigh-based chamber after 24 years at the Pennsylvania Chamber of Commerce and four years at the Kansas Chamber.

So how did the 75-year-old chamber transform itself? It took a concerted effort by the organization's 25-member team.

One-Page Strategic Plan
One important step for the chamber--which is a nonprofit but views itself as a business--was to put better fiscal processes in place. Still, its progress was incremental.

About 18 months ago, the membership team heard a coach speak at a conference about how to conquer disengagement in an organization by hiring 'A' players. "We thought his approach might be intriguing," recalls Ebert.

The chamber's leadership team soon began working with the speaker, Jim Jubelirer, a Gazelles International Certified Coach based in nearby Chapel Hill at Jubelirer Results Group. Jubelirer helped the organization create a written plan for doubling the size of the organization within five years and to set monthly key performance indicators that would help achieve its scaleup goals. The strategy was based on the One-Page Strategic Plan, a free tool my company developed.

Updated core values
In working toward its objectives, the chamber revisited its core values to ensure they were relevant.

"Rather than the leadership team sitting around the table and saying, `Let's come up with new ones,' we asked five or six different employees in different departments and age groups to come up with what they think our core values are," says Ebert.

Having core values that bubbled up organically through the team--such as "Trustworthy"--made it easier to embed them in the team's everyday activities. "We were very impressed with the outcome," says Ebert.

Daily huddles
With Jubelirer's help, the chamber's leadership team established daily huddles to stay focused on the organization's goals. "We initially thought the daily huddle is a hokey thing and will never work, but it's been a great way for the five of us to connect," says Ebert. "On any given day, two or three of us are traveling. It's been a good way to get a read on the team and what is going on."

The chamber also put into place regular meetings to concentrate on the big picture. Besides its daily huddles, the organization holds monthly management team meetings and an annual strategic planning offsite retreat.

Hiring 'A' players
The chamber also began using Topgrading, a system for hiring A players, at Jubelirer's suggestion.

"We're still a small organization and pretty lean," says Ebert. "The idea of having 'A' players is really critical. There are no fluff jobs in our business. Everyone we hire has to be a 100% contributor to the business." The chamber successfully filled three positions in the last 18 months using Topgrading.

The learning process was reciprocal. Jubelirer is an expert on the Scaling Up system for growing a company, which my firm developed, but had not worked with a chamber of commerce before. "We've helped him understand our business," says Ebert. "He's helped us think about our business in a way that is kind of nontraditional."

With the right people on the bus, the chamber has been able to work energetically to achieve growth. The chamber, which has an annual budget of $7.8 million, has tripled its revenue in a decade without adding to its head count. The revenue comes from investments and membership dues from the business sector. That revenue has helped the chamber to forge ahead in making fast-growing North Carolina more competitive in the national and global race for jobs.

Communicating with core customers
A key part of the North Carolina Chamber's One-Page Strategic Plan has been a focus on its core customer. "The chamber has sharpened its focus on which companies and individuals are likely to be most aligned and interested in the chamber's mission," explains Jubelirer.

Communication to these companies and individuals will be critical to the chamber's growth. In 2016, the chamber commissioned a communications audit to determine what it is doing well in its communications strategy and where it could improve.

The audit found that the chamber needed to do more to tell its story. While members see value in what the chamber offers, many have trouble clearly describing the organization. As a result of the audit, the chamber will be focusing in the coming year on driving brand awareness and clarity.

To support this push, the chamber has focused on investing in the right tools to connect with its members. It is improving its database, so it can deliver its message to the appropriate audiences.

"Long-term, what we are really trying to do is expand the amount of interaction we have with our customers," says Ebert. "With a couple of thousand members, we're trying to interact with each member."

One key element of these efforts is continuing an increased focus the chamber has put on face-to-face interaction with its top investors in recent years. Retention numbers already show that the approach has been worthwhile.

Keeping in touch with constituents is what running a nonprofit is all about--and I have no doubt the North Carolina Chamber will achieve its goals and attract more members. 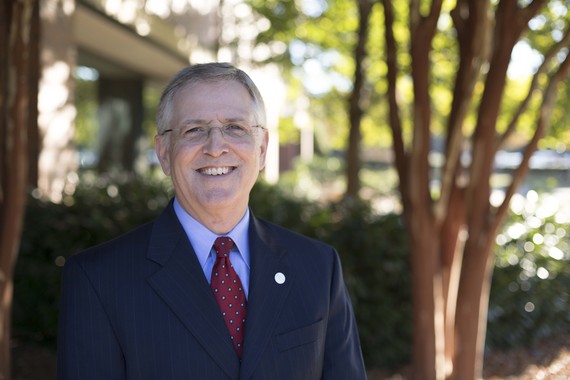