Coconut water purveyor Temple Lifestyle grew revenue by 34% in one year by having its executive team unburden a CEO stretched thin.

When Temple Lifestyle, the Montreal-based company behind brands such as Thirsty Buddha coconut water, did an exercise with a business coach to determine who was really handling key functions at the business like operations, HR, and innovation, the experience quickly turned into a comedy.

As every member of the 14-person team filled out the boxes in a form that indicates who does what, one name kept popping up: Chris Magnone. Magnone, 34, is the CEO Temple Lifestyle. He co-founded the company with sales director Mark Cigos, 37, in 2008.

"When the first couple of people started reading through their forms, it was kind of funny," recalls Sabrina Silvestri, marketing director at the Montreal firm. But by the time everyone read their forms, the coach glanced over at Magnone and said, "He must be exhausted," recalls Silvestri, who happens to be Magnone's wife. As the team continued, the coach finally asked Magnone, "Do you have a clone?"

Meanwhile, the company, which distributes to chains such as 7-11, HEB and Loblaws, has continued growing rapidly, expanding Buddha Brands Co., the parent of Thirsty Buddha, into coconut chips, as well. Temple Lifestyle grew to $5.5 million in revenue in 2015, up from $4.1 million in 2014 and $2.5 million in 2013 and is profitable.

How the FACe works
Temple Lifestyle, a brand developer and distributor in Montreal, completed the form as part of its work to implement the Scaling Up system for growing a business, a methodology it began using in November 2015. The form, known as the Function Accountability Chart (FACe), is an important element of the system.

Jim Collins, author of Good to Great, has emphasized the importance of getting the right butts in the right seats at the top of the organization. After all, the bottleneck is always at the top of the bottle! The FACe tool provides a list of seats (functions) that all organizations must fill. The people who fill these functions must pass three tests:

1. They fit the culture
2. They don't need to be managed and
3. They regularly wow the team with their insights and output.

Once the accountabilities are assigned, a company must designate one or two key performance indicators (KPIs) each senior leader needs to focus on day-to-day. Then a company must decide on a handful of results accountable to each function (i.e., who is accountable for revenue, gross margin, profit, cash, etc.). These outcomes represent line items on the financial statements. When completed, this one-page accountability tool helps you diagnose where you have people and performance gaps on the leadership team.

Unleashing the power of a team
In the case of Temple Lifestyle, using the form was challenging at first. Like many founders, Magnone had stayed in the habit of wearing many hats--a vital survival skill when he first co-founded the company in 2008--long past the point that it was beneficial to the firm's growth.

The firm had never designed a senior leadership team, however, so Temple Lifestyle needed to do that first. Under the guidance of Gazelles Certified International Coach Les Rubenovitch, the company quickly created a new, five-member executive team. They assumed the accountabilities on the form.

"When you're building a business and it's growing quickly, there are many things you have to do," says Rubenovitch. "Sometimes you don't pause and say, `I don't need to be involved in this anymore and can push accountability down to my team.'" The FACe enables the pause that is necessary, he says.

And no one has balked at taking on more accountability. The rest of the team was actually hungry for more, says Silvestri. When the company held its second quarter meeting, says Silvestri, the relief among the executive team--now freed to contribute to their full capacity--was palpable. "Everyone at the office feels a lot more involved in what is going on," she says. That was not surprising, says Rubenovitch. "They were granted autonomy, authority and independence and were able to increasingly fulfil their potential," he says.

A holistic approach
The company didn't use the FACe in a vacuum. Working with Rubenovitch, the executive team got clear on the goals the company is trying to achieve and what key performance indicators mattered to its growth, such as development of its own brands, so it could include these goals in the FACe.

Doing so represented a welcome step forward from the past, when, says Silvestri, "everyone was on this boat and no one knew where it was headed."

Still, the process of clarifying the company's strategy was not easy. "It was mentally draining but also exhilarating," says Silvestri.

Nonetheless, the results have had a dramatic effect on the company culture, she says.
"Everyone feels such much more aligned," she says. "It gave them a reason to come to work that was beyond getting the work done."

To stay focused on its goals, the company has used other elements of the Scaling Up system, such as daily and weekly huddles and offering leadership and management coaching to its executive team. "The more we learn, the more we want to know," says Silvestri.

The company is has now moved on to uncovering its X Factor--the element that provides an exponential advantage over all of its rivals. "Our growth is great," says Silvestri. "Now we're trying to figure out what sets us apart from everyone else."

The answer may be the positive culture it has already created. When a new hire recently went through the interview process, she was so impressed with what she saw that she sent a glowing email to the CEO and department manager about how wonderful her experience has been, says Silvestri. "It's been really nice to hear," she says. 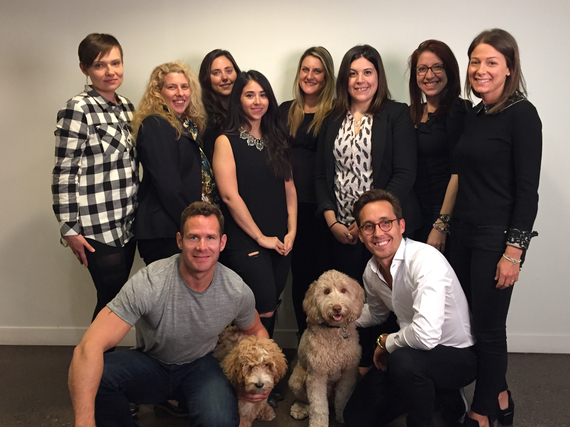