Five years ago, Prime Data had five employees, with growth constrained by cash flow. Today, it has 50. Using several strategies, the company reduced invoices stretched out to 90 days by 92%, freeing the substantial cash needed to scale up.

Steve Falk was fired up to grow marketing tech firm Prime Data when he bought into it five years ago. But he quickly discovered that poor cash flow was going to prevent him from scaling the Toronto-area company.

Although clients often rave about Prime Data's results--it recently won a prestigious industry award for innovative booklets it created using human genetics lab results--many were taking 60 to 90 days or more to pay. "As we started to ramp up, we needed money for equipment, supplies, people, and a bigger facility," says Falk. "We started to realize we were always running out of cash."

Seasonal blues
Making matters worse was the cyclical nature of the business. Many of Prime Data's projects are for ad agencies for which the busy season is autumn. The company does three-quarters of its work from August 15 to November.

"You have lots of work, lots of costs, and a long wait to get paid," says Falk. "It's a recipe for not being able to grow."

Revenue is vanity
Falk was focusing on growing revenue at the firm but, as he puts it, "Revenue is bragging rights to friends." Improving gross margins, or profits, are what really mattered, he concluded after reading Scaling Up, my book on growing a company.

Falk learned that a better way to grow more profitably is to finance growth out of cash flow, rather than borrowing. But given all of the late payments from the firm's clients, he couldn't pull it off.

Drawing on ideas in the book, Falk first decided to illuminate a set of key performance indicators (KPIs) that would shine a light on what was needed to get paid faster. For instance, he asked project coordinators to invoice for their own jobs within 24 hours of completion. To spur them on, the team began making full use of its enterprise resource planning (ERP) system to set up automated reminders and assigned someone to monitor the KPI and encourage quick invoicing.

That improved the speed of collections by seven to 10 days in many cases, he says. Given that the firm sends about 2,000 invoices per year, this step alone made a massive difference.

Falk also started evaluating his accounts payable team, made up of two full timers and a part-timer, based on the speed at which they could get clients to pay.

The team began following up on the company's largest invoices five days before they were due. They made sure in those conversations that the invoices had not gotten lost or were not sitting in someone's e-mail inbox because the client had a question.

Client-financed growth
Then Falk made what felt like a risky move--asking some of his major clients to finance his firm's growth by paying him in advance.

"I was always nervous about that," says Falk. "I was old school. If someone wants to do business with you, the last thing you want to bring up is to ask them to pay you advance."

But Falk knew he had to find the courage. The company's credit line at the bank wasn't big enough to finance Prime Data's aggressive growth, and his bankers were reluctant to expand it for a small, fast-growing company.

Falk was pleasantly surprised by the reaction. When he offered one nonprofit a 1.5% discount if it paid Prime Data a $100,000 retainer at the beginning of the busy season, the client jumped at the chance. "He cheerily wrote the check within two weeks," says Falk. As it turns out, nonprofits often have cash flow that is steadier than at businesses. However, they greatly value discounts that help them stretch their budgets.

That arrangement, and other similar ones, had a big effect on the company's ability to scale and invest in growth. "It means I'm less afraid of the next busy season," says Falk. "I'll be in better shape. I'll have more money sitting in the bank. My line of credit won't be used up."

Falk isn't slowing down in his efforts to improve cash flow. The next step will be introducing a subscription product, to create recurring revenue. It's already in development. "It's a great way to grow," says Falk.

These days, Falk has become a bit of a proselytizer for getting customers to pay in advance. Out for a beer with a buddy from a recruiting firm recently, he mentioned his successful efforts.

"My clients will never do that," his friend told him.

A few days later his friend called him. "I can't get that idea out of my mind," he told Falk. "I have to do this."

If his firm is doing as well at recruiting as Prime Data is at creating marketing technology, my bet is that his best clients will be willing to pay in advance, too. 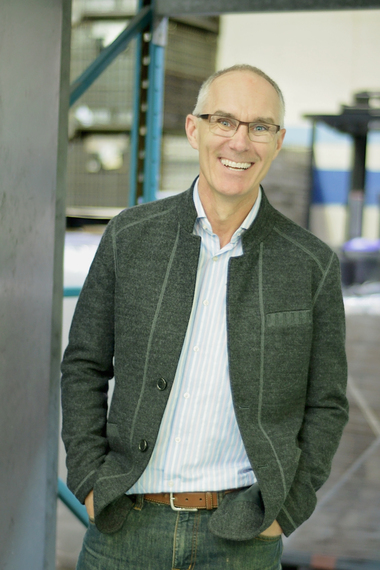