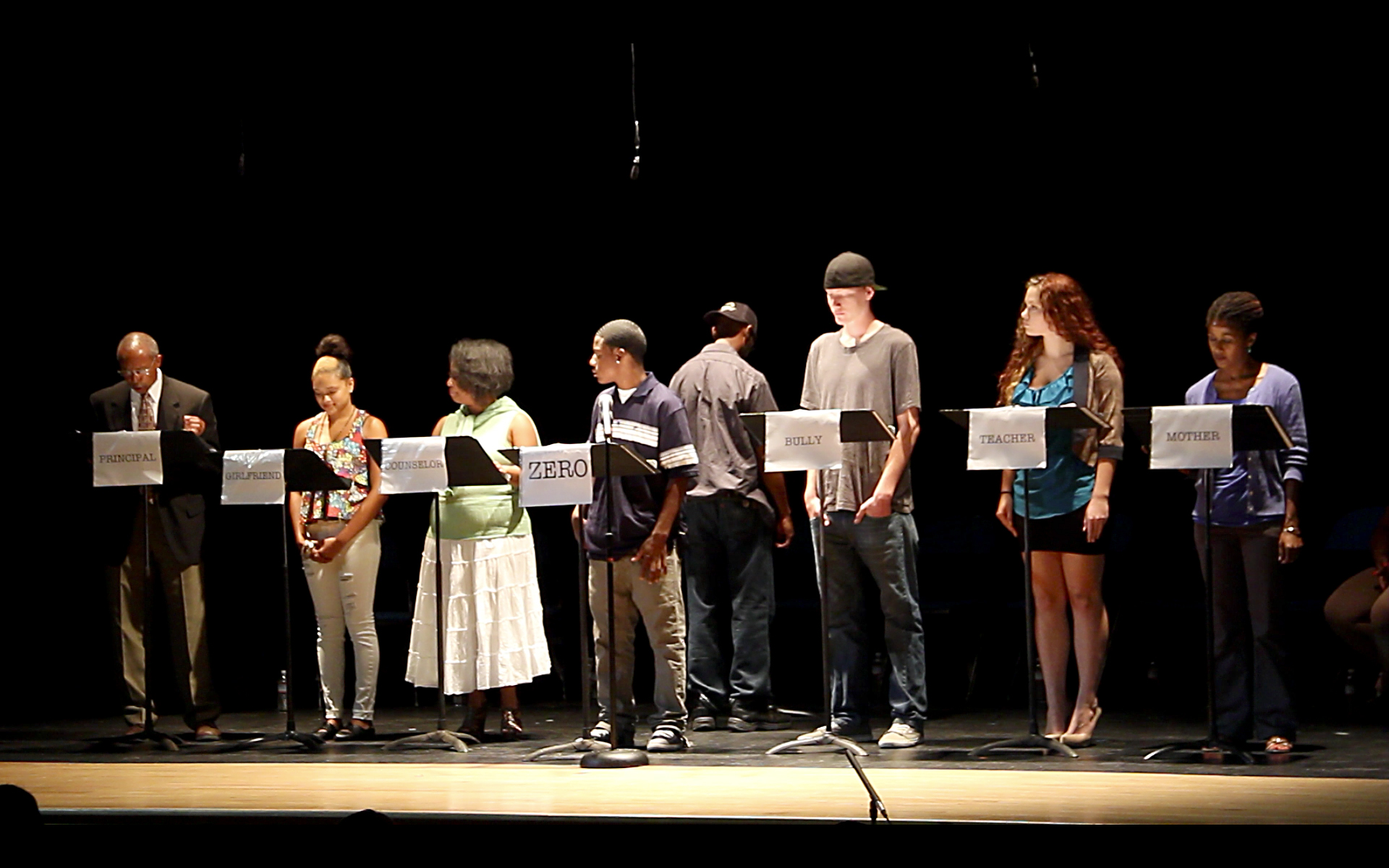 TRACY (student) - I was suspended for "willful defiance".
MARTHA (James' mother)- "Willful Defiance." Isn't that what you had last time?
JAMES -- Uh huh.
MARTHA -- What's that mean?
JAMES -- Everything.
TRACY -- Anything.
-- (ZERO, Act One, by Julie Marie Myatt)

Last August, Darryl White, president of the Black Parallel School Board walked onto the stage of Sacramento's Guild Theater after Act One of ZERO.

Turning to the standing-room-only crowd, he asked: "How many people know someone who's been suspended from school?"

Nearly every hand went up. Heads swiveled in surprise. But for those who've been grappling with issue, they know that the damage caused by disproportionately high suspension rates has been spreading like an underground toxic plume for years.

ZERO, an innovative play in which White threw out questions to the audience between acts, distills the real stories and the real emotions behind the numbers in Sacramento. It reveals the indiscriminate use of suspensions from the points of view of African-American student James (the main character, ZERO), his teacher, his counselor, his principal, his parent, a bully, his girlfriend, and his father, who's been in prison. The play is part of the program, Talk It Out: A Community Conversation to Fix School Discipline. 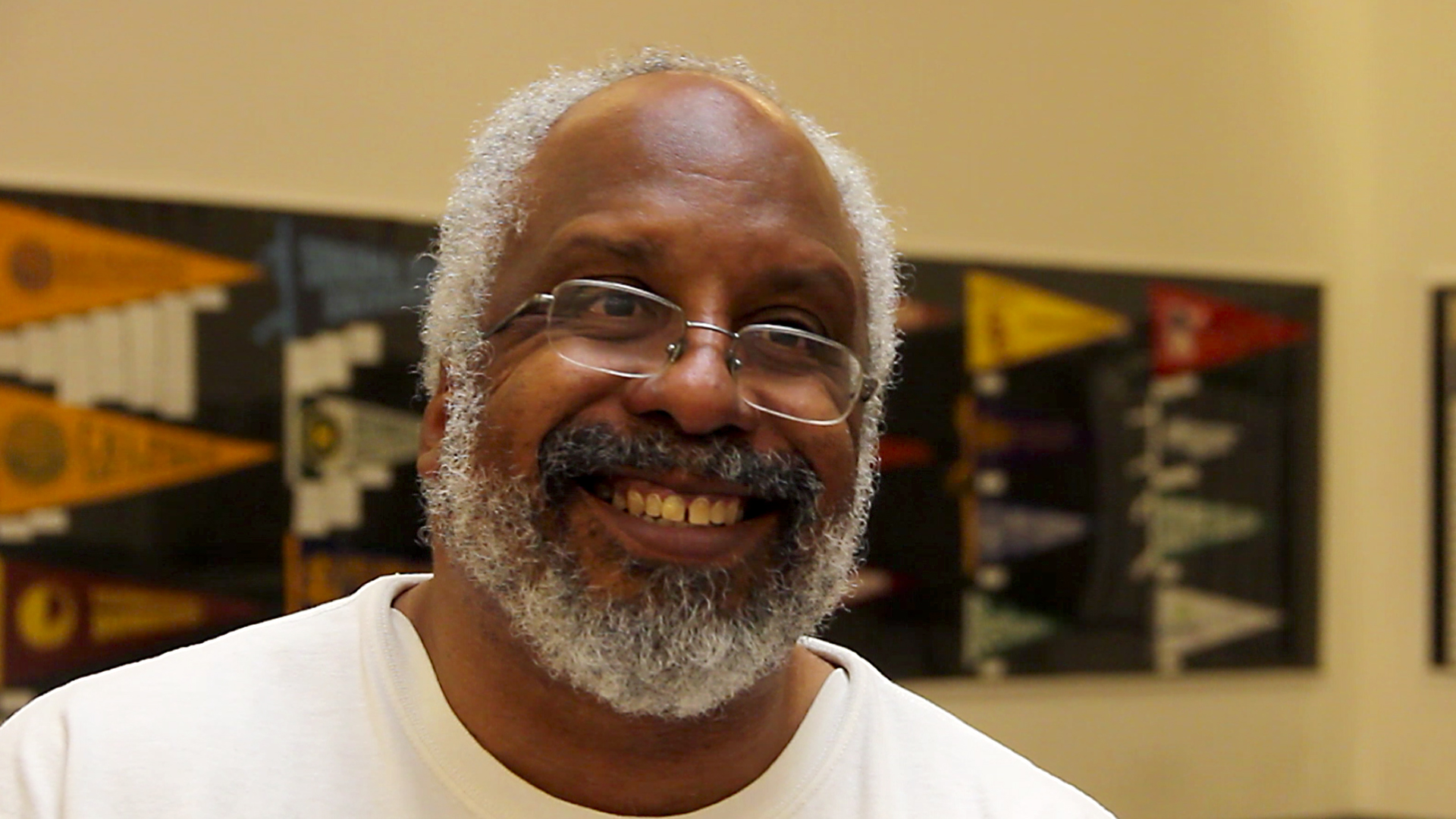 "People talk about this issue, but they never hear the young person's and parents' point of view about zero tolerance," said Carl Pinkston, secretary of the Black Parallel School Board. "The play humanizes it."

White, who's been a principal at three different schools, knows that a different approach is possible. He eliminated suspensions and gave his teachers the tools and skills to work with students who needed help.

Pinkston, a community organizer, sees the results of the overuse of suspensions every day. The school-to-prison pipeline is churning youth through its soul-eating system and spitting them out -- hopeless and angry -- onto his streets.
_______________________________

TEACHER -- How am I supposed to teach anything with so many kids, who need my time and energy and attention? Who have difficult home lives?
PRINCIPAL -- I understand that. I don't make the rules.
TEACHER -- And without job stability? How many times do I have to say it? I get fired every year. Last year I got rehired the night before classes were to start for the new school year. The night before! How can a person live like this, and, and teach and inspire young people? It's like living in a terrorist state.
PRINCIPAL -- Again, I'm sorry. It's terrible...I don't make the rules.
TEACHER -- Who does?
PRINCIPAL -- Well, the, the--
TEACHER -- Who makes the rules?
-- (ZERO, Act Two, by Julie Marie Myatt)

Two years ago, the Black Parallel School Board held a forum on zero-tolerance policies that were creating an achievement gap among children of color. "We realized that we had to deal with school discipline policies that led to the school-to-prison pipeline," said Pinkston.

They received a grant from the California Endowment to address the issue under the Endowment's Boys and Men of Color Initiative. Shortly thereafter, an Endowment program officer introduced them to representatives of Cornerstone Theater Company, a 27-year-old Los Angeles-based traveling theater company. Cornerstone creates original plays based on real stories and first-person experiences from community members and then puts community members onstage with professional actors. They told White and Pinkston that they were starting a program funded by the Endowment in which they would be doing plays about school discipline.

"We thought it was a really, really great idea," recalls Pinkston. "We told them: 'Let us know when you get ready to do one in Sacramento.' They said, 'By the way, you're first.'"

Using contacts and resources provided by Pinkston and White, the Cornerstone staff compiled a list of young people from local high schools. They also recruited parents and school staff. 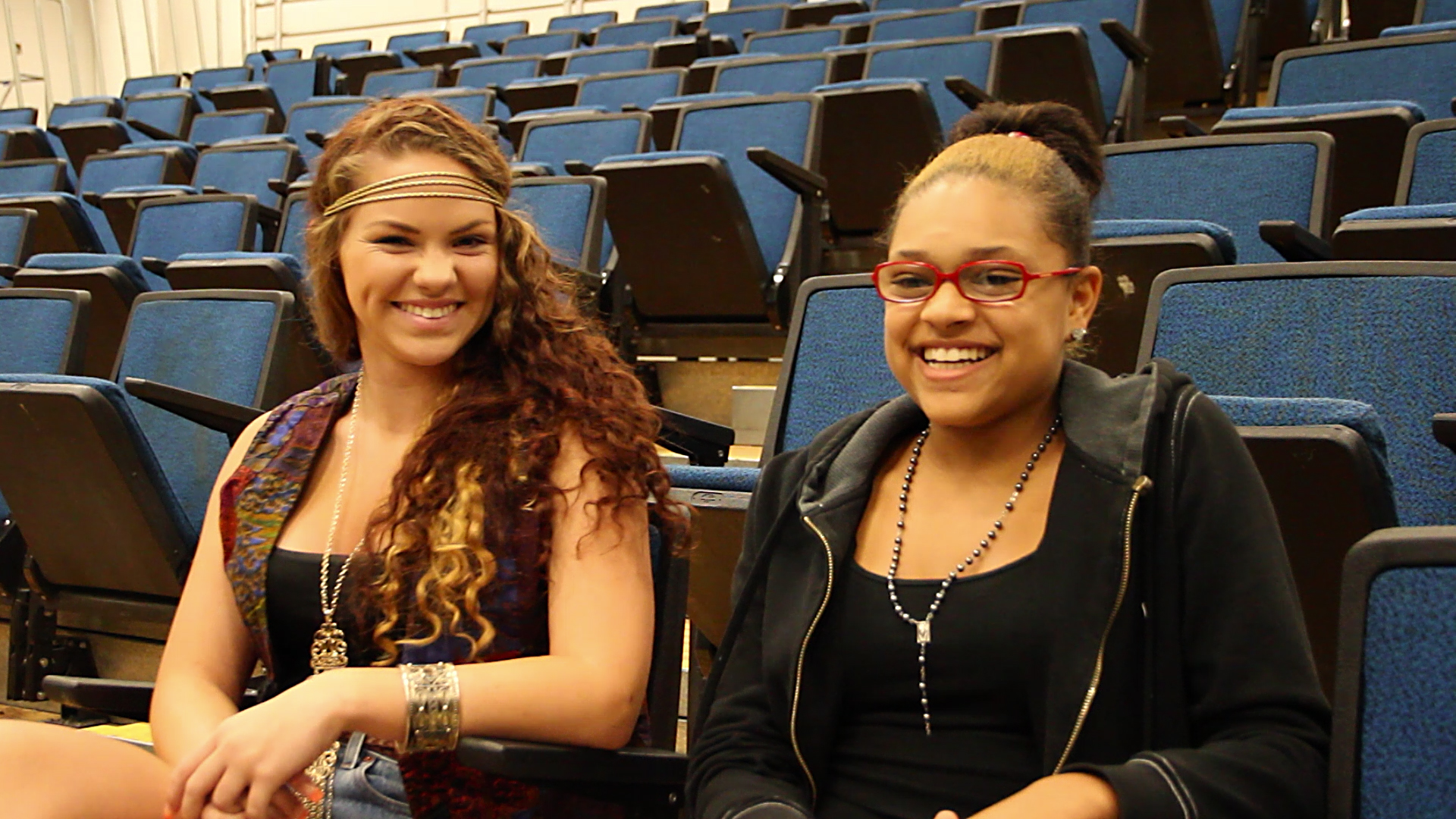 "The first time we met, a huge group of us sat down. We introduced ourselves, and were given free rein to talk," says Spenser Bradley, a student who played the teacher and who now attends the University of San Francisco.

The first time they performed the play, in the State Capitol, legislators and their staff crowded into the room. "I thought only 20 people would show up," said Pinkston. "The room was packed -- 70 people watched." And the buzz began.

"I know that a lot of the people were taken aback," said Bradley. "People don't realize how bad it can get. It was touching to me because people seemed to really care about the situation, because that gave us hope for change."

By the time they presented the play at Sacramento's Guild Theater, so many people had heard about the play that it sold out.

"The play shows how the teachers and administrators are under constant pressure to perform," said Pinkston. "They're under siege. They're forced to get rid of the kids they don't want to teach. Parents don't have a lot of time and attention to work with kids, because they're working two or three jobs. So, the community has to take some ownership about what's going on." 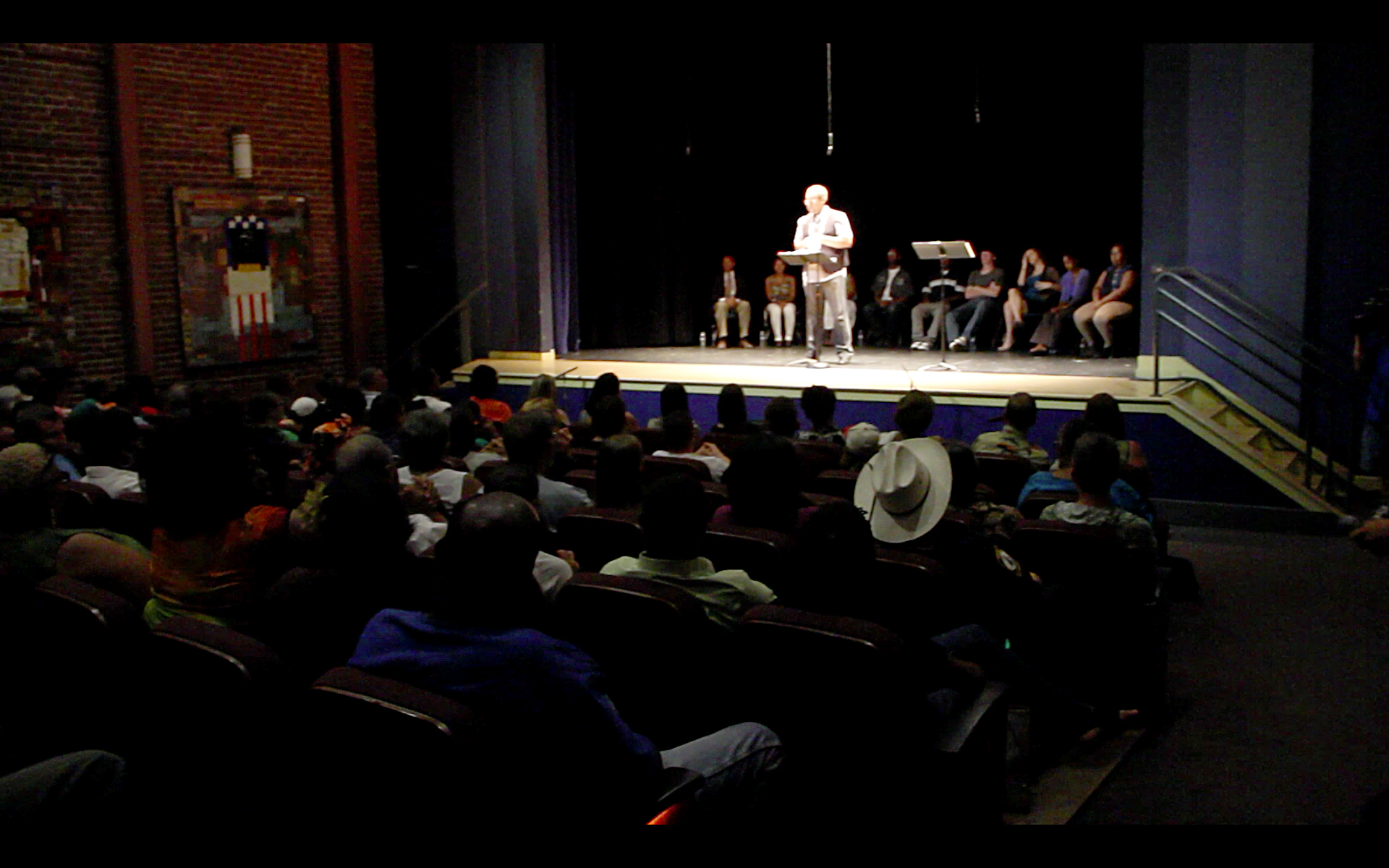 At the end, the students, teachers, parents and community members in the audience were gripped with sadness and frustration at the heavy odds against James, the main character.

"This whole experience has been humanizing," said White. "The play's a microcosm that what actually happens in schools."

RANDALL (James' father) -- Making mistakes does not make you a bad person. It makes you human. Some of us just make bigger mistakes, with consequences, and we pay the price. But it doesn't mean we are bad. Bad people. That's society's label. The way they keep us down. Not the truth.
JAMES -- But what's going to happen to me? Everyone tells me I'm nothing--
RANDALL -- Don't listen to them.
JAMES -- I feel like everyone expects me to fail.
RANDALL -- They do. Don't listen to them.
-- (ZERO, Act Three, by Julie Marie Myatt)

"I thought it was a really good opportunity to have students' voices heard, because a lot of time, students voices don't get heard at all," said Bradley. But...."one play, one story is not enough. There needs to be more, something that's constantly brought up, to make lasting change."

More is happening. Creating and performing the play galvanized the community to take a serious stab at making that change. White and Pinkston have had three meetings with 16 principals and vice-principals from local area school districts. Out of the meetings emerged a partnership that includes schools, the Black Parallel School Board, the California Endowment and a representative from the juvenile court. 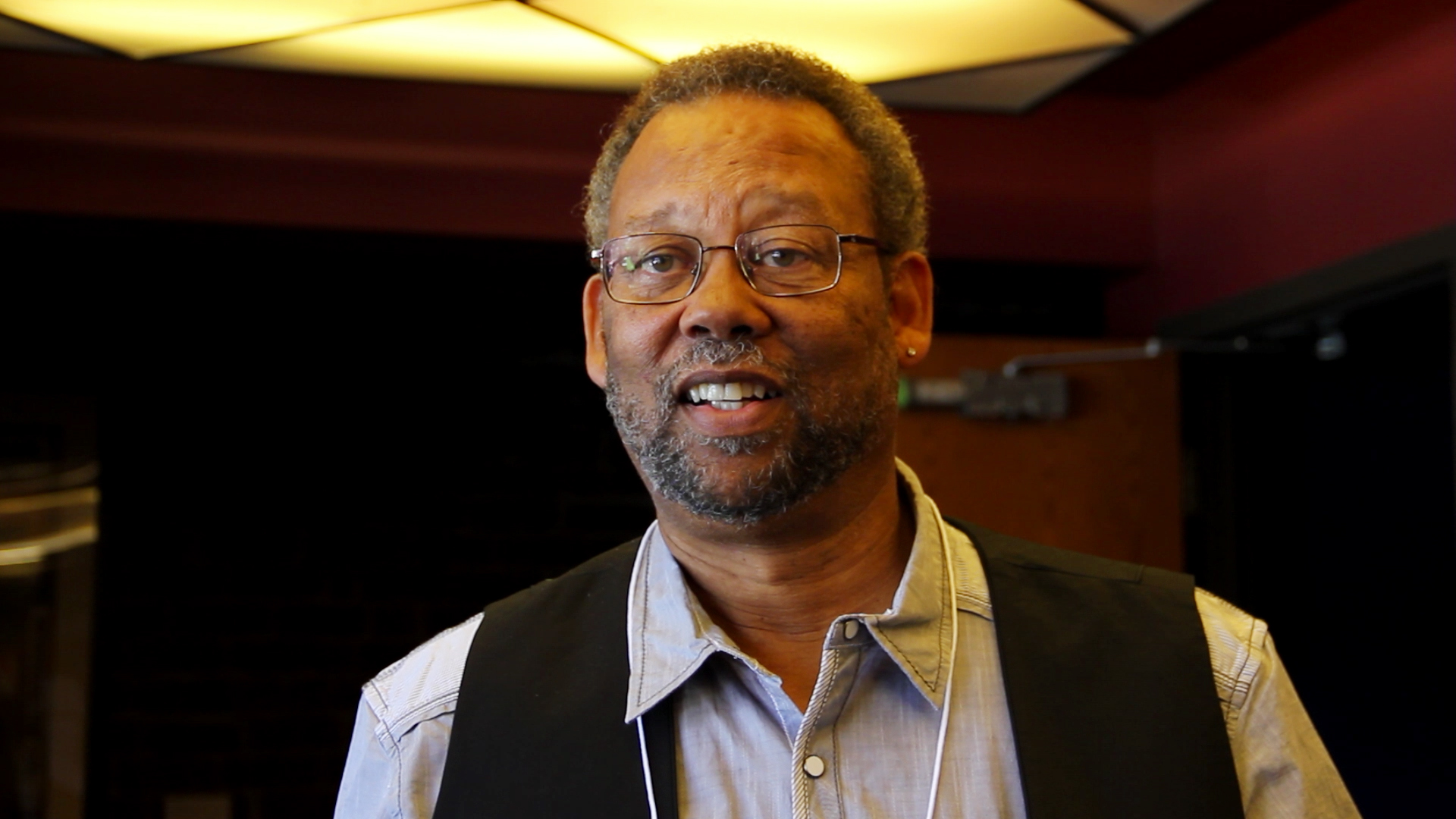 "We will continue our meetings with the principals and come up with a design that we believe can make changes necessary to reduce suspensions," said White. "The change won't happen overnight. The whole system needs to change over time. Part of that is getting each stakeholder that has to change to have accountability."

Two months ago, Cornerstone staff held another series of story-gathering meetings with students, parents, teachers and policy makers in Sacramento. Based on those stories, professional playwright Julie Marie Myatt has written another play entitled Willful.

On June 26, 2013, community members plan to perform a reading of the play in California's State Capitol in Sacramento. California State Assembly member Roger Dickinson is scheduled to introduce the play. Dickinson is author of AB420, which prevents expulsion and limits suspension for willful defiance in all California schools. It also encourages schools to use alternative methods to deal with behavior issues.