This is the story of "La China Poblana," roughly meaning "The Chinese Woman of Puebla (Mexico)." She wasn't Chinese, but in old-time Mexico, anyone or anything from Asia was tagged Chinese. She was actually from India, and her native sari dresses wound up creating a fashion sensation in 17th century Mexico. You'll still see "the China look" at modern-day fiestas, folklorico dances and holiday celebrations. 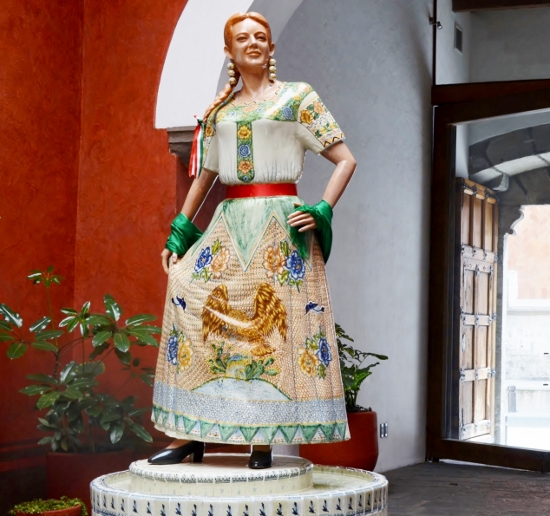 Most historians agree that her name was Mirra, and that she came from a royal family -- she was most likely a princess -- living in the northern Indian town of Agra in the early 1600s. From there the stories about her go all kinds of ways, but more or less along these lines:

Most accounts say she was kidnapped by Portuguese pirates when she was a child in Agra. She was taken to the southwest Indian trading port of Cochin (now Kochi) on the Arabian Sea, where after a while she managed to escape and took refuge in a Jesuit convent. There, she converted to Catholicism and was named Catarina de San Juan.

In a bizarre twist, she was spotted a few years later by the same pirates, who scooped her up again. This time, they sold her into slavery at Spain's trading outpost in Manila.

There, word was out that the Viceroy of Mexico was looking for a young Chinese (that is, Asian) woman to work as a "personal servant" in his palace in Mexico City. A local trader in Manila -- another story says he was a sea captain -- saw Mirra, now in her early teens, and figured she'd fit the bill (especially because she'd never stopped wearing her Asian-style wraparound sari dresses).

So he bought her and booked passage for both of them on the next galleon heading to Mexico. The voyage took about six months, during which currents and winds took the ship across the Pacific to Northern California, then down to the coast to the tip of the Baja Peninsula at Los Cabos, then across the Sea of Cortes to Mazatlan and then down the Mexican coast to the main Spanish port at Acapulco. The last five weeks of the trip were spent dodging pirates off the Mexican coast.

Sold to the highest bidder

When they arrived in Mexico, possibly in 1620, the trader met a wealthy man from the inland city of Puebla who was willing to top the viceroy's offer for Mirra. So they cut a deal, and off Mirra and her saris went to Puebla, some 200 miles away. Her new owners, Miguel de Sosa and his wife, Margarita, were childless, and they treated her like a daughter until de Sosa died in 1624. In his will, he freed Mirra. 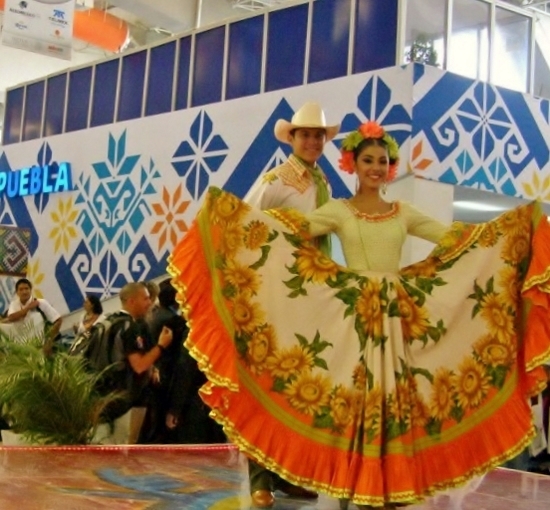 After a brief marriage -- history is fuzzy about it -- Mirra began seeing visions of Jesus Christ and the Virgin Mary. History is equally sketchy about where the sightings took place, and about where she lived for the next 60 or so years until she died in 1688.

One account puts her in the care of yet another Spanish sea captain after her marriage. In that story, he took her to "La Casona," his home in Puebla, and there she's said to have had ongoing visions while "giving spiritual and material aid to anyone who needed it" for the rest of her life.

Another popular story instead put her in a Jesuit convent in Puebla, where it's believed she lived out her remaining days as Catarina de San Juan "in a veil of holiness."

Most accounts of her life agree that she was revered by the local folks in Puebla, and that she was buried in the town's still-standing church of La Compania de Jesus. A stone plaque marks the spot where her remains are believed to be.

The house where she lived in the "La Casona" story is still there, too, although today it's an upscale boutique hotel called "Casona de la China Poblana." Inside, a charming old-world courtyard featuring a statue of Mirra edges 10 suites with names like "Agra," "Mirra" and "Catarina de San Juan."

How did her dress spark a fashion craze? Historians say Mirra continued to wear her native saris over the years, but little by little adapted their designs to the culture of Mexico. Soon, her outfits were sporting colorful flowers and even the country's classic eagle on a prickly pear cactus clutching a snake.

Her saris eventually morphed into what would become attire typically consisting of a short-sleeved white blouse with vibrant silk embroidery, a billowing skirt decorated with sequins and beads, a white, lace-trimmed slip that dropped below the skirt's hemline and a shawl woven from blue and white thread.

The "China Poblana look," as it came to be called, first captured the women of Puebla and then spread 80 miles northwest to become a hit in Mexico City and then in other parts of the country. 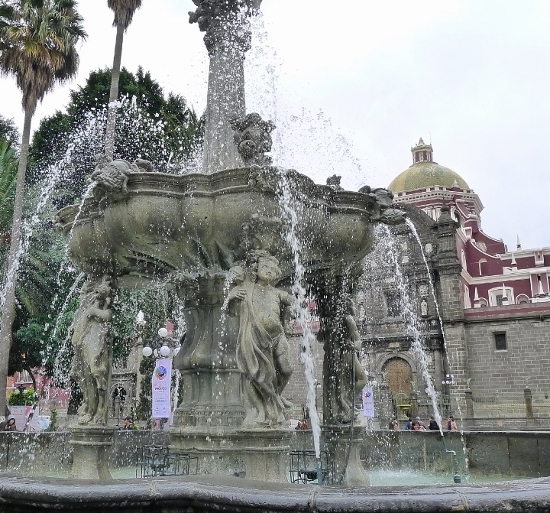 Scene in the colonial district of Puebla. Photo: Bob Schulman

You'll still see Mexican women wearing such dresses now and then, particularly among the millions of women in today's booming state capital of Puebla. What's more, you'll spot statues of her all over the city, in restaurants, hotel lobbies and courtyards and even a 10-foot-high likeness of her towering over a downtown fountain in a UNESCO World Heritage Site.

No wonder she ranks among the most notable homegrown icons of the city, along with two spicy native dishes (mole poblano and chiles en nogada), Talavera tiles and pottery, and a huge Volkswagen plant.

Worldwide, Puebla may be best known as the site of a battle in 1862 in which Mexican peasant brigades beat the pride of an invading French Army. The battle was on the 5th of May -- giving rise to today's annual Cinco de Mayo celebrations.