Last month, Be Affleck and Bill Maher -- joined at a roundtable by Sam Harris, Nicholas Kristof, and Michael Steele -- fiercely battled the merits of Islam. At its core, it demonstrated how we can't even agree on whether there's a problem with Islam at all.

Maher argued that radical Islam is, "the only religion that acts like the mafia, that will f--king kill you if you say the wrong thing, draw the wrong picture or write the wrong book." Affleck countered Maher, insisting that he was confusing the ideas of a few radicalists with the entire Muslim community, calling his criticism of the religion "gross and racist."

"@iShewaani: I love Ben Affleck even more now. Such a beautifully constructed answer to the Islamophobics. pic.twitter.com/AriWHpHIUC"

But others claim being critical of a religion does not make one "racist".

So one blogger and activist wrote a letter sharing her perspective. Eiynah (aka @NiceMangos), more recently known for publishing what's the first-ever Pakistani anti-homophobia children's book, penned an article that's generated a lot of buzz.

Her article talks openly about how restrictive and controlling things are for Muslim women. How they're likened to mere "candy," and stuck hopelessly behind their 21st century-evolved counterparts. "Why is it okay for women of the rest of the world to fight for freedom and equality while we are told to cover our shameful bodies?," Eiynah asks.

Her point is largely that we must distinguish critiquing an ideology from being "racist," and hateful towards a religion. And most importantly, we shouldn't silence a conversation "that never gets started." "Noble liberals like yourself always stand up for the misrepresented Muslims and stand against the Islamophobes," Eiynah writes, "which is great but who stands in my corner and for the others who feel oppressed by the religion?"

Only if the harsh realities of a day-in-the-life of a Muslim woman are better understood and exposed, can change be affected. Certainly, that level of knowledge might have spared the pain of the two celebrated Austrian teenagers who became over-night "poster girls" for ISIS when they left to join them, who now say they want to come home. 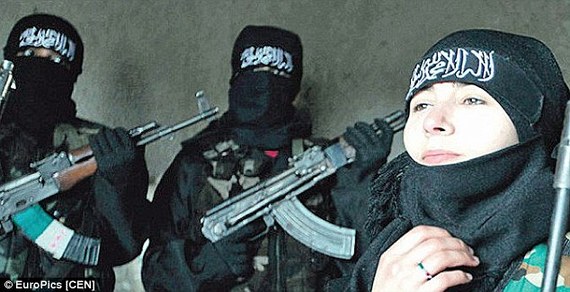 Eiynah's heartfelt, articulate political commentary has been shared and lauded by many. After all, merely publishing the article is considered risky for Pakistan Today. But others point out, the Qur'an says far worse things about non-Muslims than what Bill Maher and Sam Harris said about Muslims on the recent Real Time With Bill Maher.

For now, Eiynah's piece is quickly becoming her opus, with 94,000 Facebook likes at the time of this writing, appears to be resonating with viral content experts and political activists alike. It's being syndicated by niche publications, and a recent review of it has over 137,000 reads, right now, as well.

Supporters are encouraging Affleck to respond to the article. And Eiynah's extended and invitation for the two to speak. Well, sort-of. She concludes her letter:

If I were allowed to meet a man that is not my father, brother or husband unchaperoned, I would have loved to discuss this over drinks (which I am also not allowed to have) with you. So, you see, things must change.

Here's the interview that started it all: