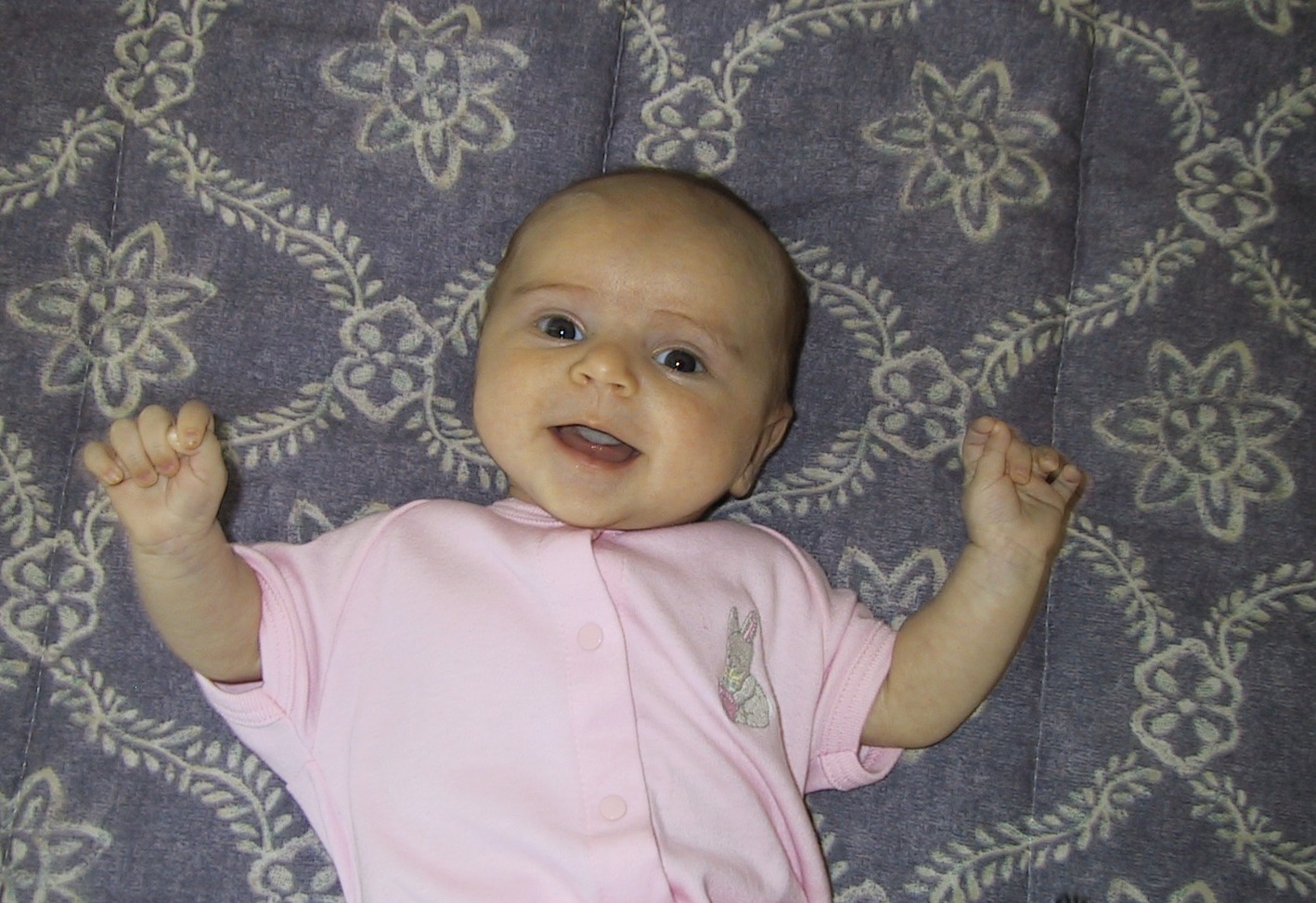 When my firstborn was a few months old, I bought a treadmill. Running while my baby napped filled a void from my child-free days when I'd finish at the office and hit the gym for a punishing workout. As Natasha blossomed into a curious toddler and was joined by a sister, my career stalled, but the mileage on my treadmill became a badge of personal accomplishment.

I might have had a messy home, a questionable resume and a recalcitrant hairstyle, but the daily sprints suggested that in one regard, I was possibly a step ahead of the polished tech execs I admired at my daughter's preschool.

I came to look forward to the rhythmic thump, thump, thump as my feet pounded the smooth belt of the treadmill, the first trickle of sweat as I passed the one-mile mark, and the euphoria that accompanied that final spurt of adrenaline that propelled me past an imaginary finish line.

At age 7, Natasha was diagnosed with a malignant brain tumor. While we were held hostage in the pediatric ICU waiting for a team of neurosurgeons to determine the best strategy for surgery, my exercise was limited to the frantic fruitless pacing of the hospital hallways. I never thought of running; I thought only of my vibrant, pink-cheeked older daughter who I was told might not reach adulthood.

After surgery, our neurosurgeon told us he had removed the entire tumor. We rushed breathlessly to Natasha's bedside. Our child was awake, alert and talking about cake! I wanted to dance in the street. But I wanted to run on my treadmill even more.

Back home with my younger daughter tucked into bed the next night, I slipped downstairs, switched out my pajamas for sweats and slid between the handrails of my loyal friend in the garage. My sleep had been sporadic, my diet limited to candy bars from the hospital vending machine, but on the treadmill, I discovered a powerful visceral energy. There was no limit to the number of miles I could run. I thought of Natasha sleeping in the hospital, her bandaged head covering the nape-to-crown incision that had served as a gateway to the silent beast that had trespassed in a ventricle of her brain. Could there be unseen cancerous cells lurking there? We had been warned that it was possible, but that night, my subconscious dictated that if I ran fast enough and far enough, maybe I would be strong enough to save her.

But after she had remained tumor-free for two years, and glowed with the same pep that had characterized her pre-diagnosis, I considered a change of scenery. I started to run on a picture-postcard stretch of rolling coastline by the Pacific, a few blocks from home. As I sprinted along the ocean at sundown watching surfer dudes contemplate the thrashing frothy waves and the sky turn into dreamy hues of amber, pink and mauve, I wondered what had kept me chained to the treadmill for quite so long.

Then a routine MRI showed that the tumor was back. Our oncologist delivered the news in a windowless office across the street from where Natasha was born. She would be treated aggressively, but the goal would change: "cure," the four-letter word that parents of children with cancer crave, was no longer a realistic possibility. 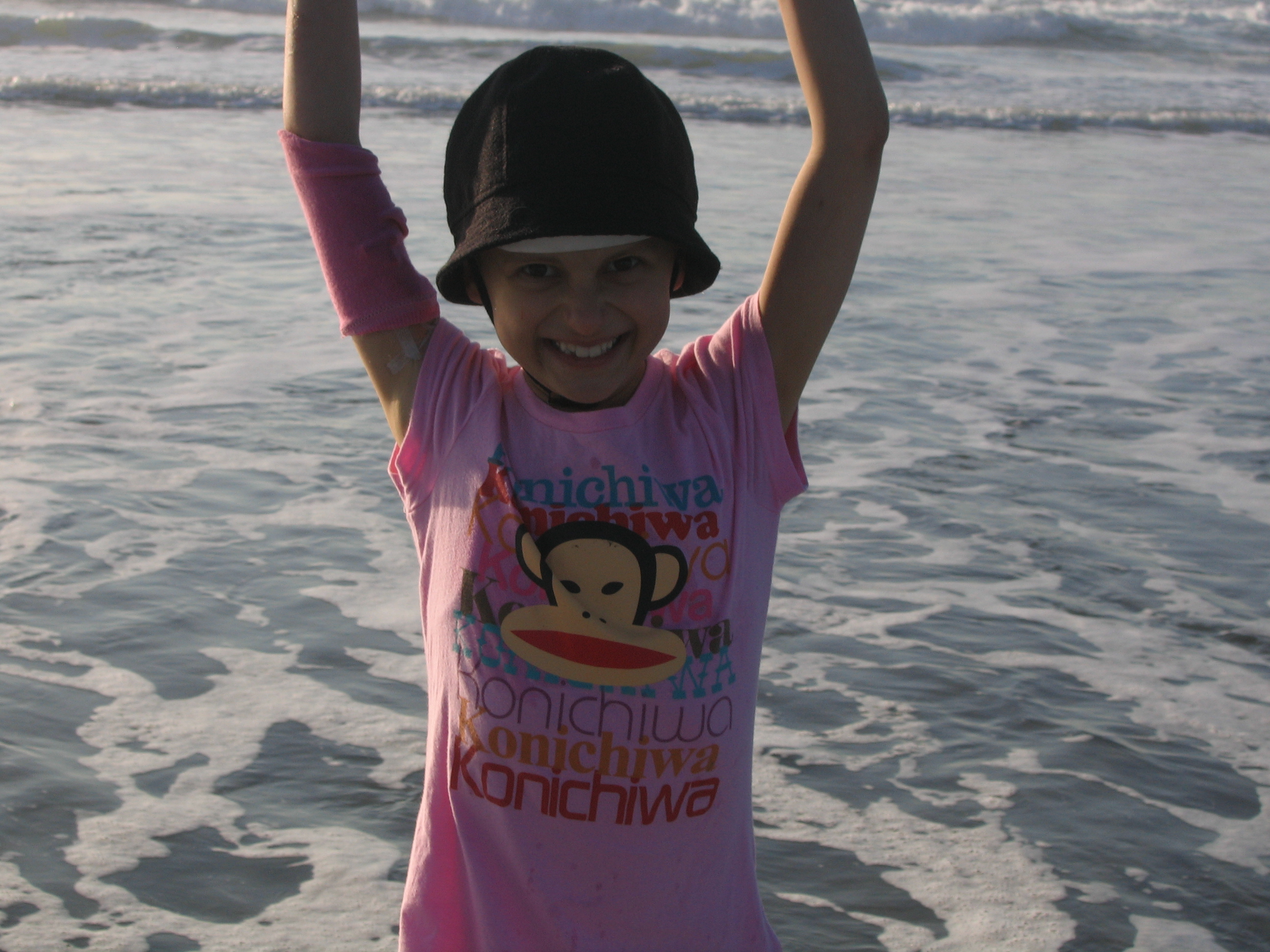 Sometime during Natasha's treatment, we lost a part of her. The spontaneous, gregarious child with limitless energy became subdued, cautious and sedentary. My oceanfront runs abruptly lost appeal. I returned to the garage treadmill, but no longer rejoiced in every mile I reached. I ran with the same detached determination used for teeth-brushing or pumping gas. As I ran, I composed fiery emails to our medical team, to other experts who might offer a second opinion, to doctors leading clinical trials -- to anyone who might be on to something that could save Natasha. 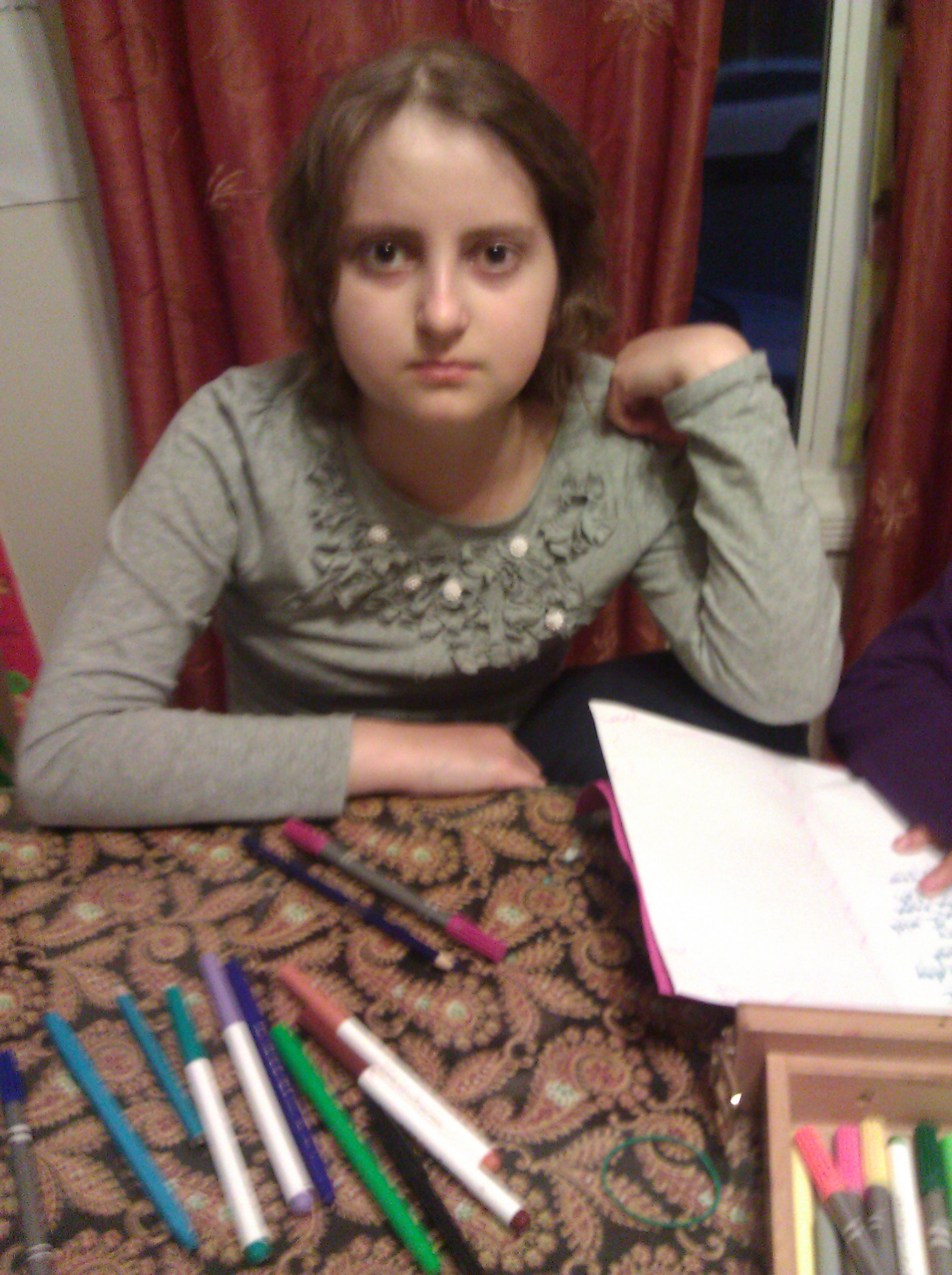 One day, I found a Post-it on my treadmill. "I love you, Mama," it read. The love notes were scattered throughout our home: on our computers, my cappuccino maker, my husband's bedside. "I love you, too," I would say when I discovered a new one. I hugged her energetically and restrained myself from resting my head on her small shoulder. I knew I had to avoid the emotional extravagance of a mother who feared she would outlive her child.

After a year of experimental chemo in which her scans consistently showed no evidence of a recurring tumor, our oncologist recommended reducing them from every three months to every four months. Silently, we hoped that against the damning odds "cure" might be a word we would hear one day.

And then it all changed. A phone call following another routine scan confirmed the tumor was back. "Tumors, actually," our oncologist corrected herself. As she looked at the image, she began to count them while we gripped the phone with terror. Well before the count reached double digits, I realized the total was irrelevant.

A couple of weeks later I drove Natasha, then 12, to the hospital to discuss a low-dose chemo regimen that might slow the progression of disease.

"Natasha?" I said as I maneuvered the steering wheel, watching her gingerly from my rearview mirror as she sat in the back, dull-eyed and passive.

"Remember that time in second grade when you were late getting ready to go to school and I yelled at you. Really yelled at you? Well, I shouldn't have done that and I certainly shouldn't have grabbed you by the shoulders like that. Remember, Honey?"

The tears were welling; now, the challenge was to excise the despair from my voice and mimic breezy

"Well, I feel so bad about that. And other things I might have done. It has been -- it is -- such a privilege to be your mother. I couldn't have asked for a better daughter. I wish that what was happening to you was happening to me, Sweetheart. I can't bear to see you suffering. Daddy and I would do anything to trade places with you, so that we could deal with your pain ourselves."

"I don't want that to happen. You don't deserve that. And by the way you were always a good mother." 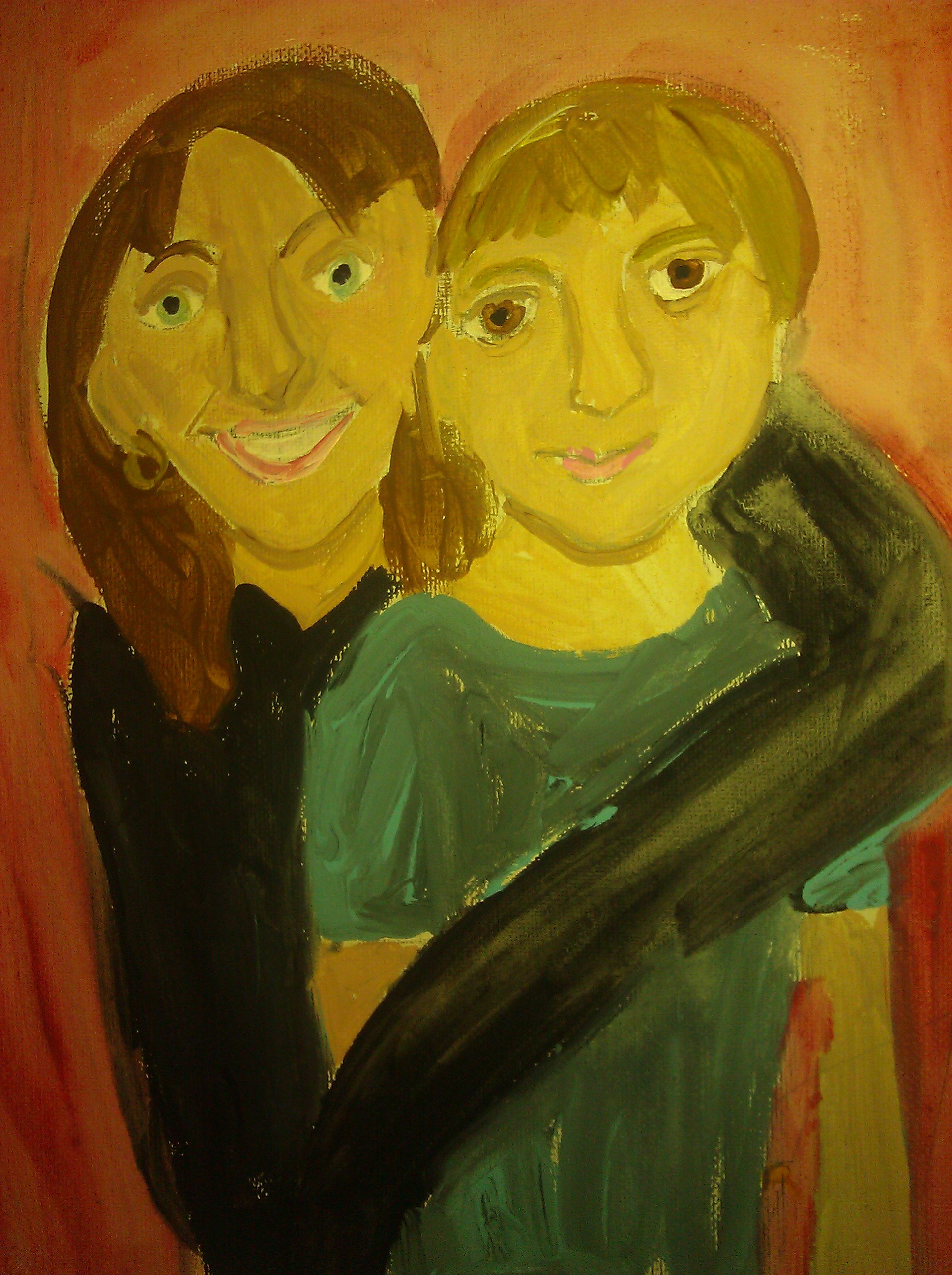 In those last months, my treadmill became the perfect instrument for multitasking. It was a depository for my overflowing angst all the while enabling me to cry, sob even, without being outed -- the sweat camouflaged my tears and the sound of the treadmill motor drowned my anguished yelps.

Since Natasha's passing, I continue to run. Sometimes I'm by the ocean and but usually I'm in the sanctuary of my treadmill in the garage. When I look at the mileage monitor, I see her message written to me when her future first looked very uncertain: "I love you, Mama."