Several studies over the past few years have indicated that if some of the remaining bits of the planet's forests are to be protected successfully, that the people who live in them must be engaged. I won't link them all here as an online search for "local+communities+conservation" will yield enough reports to support this statement. 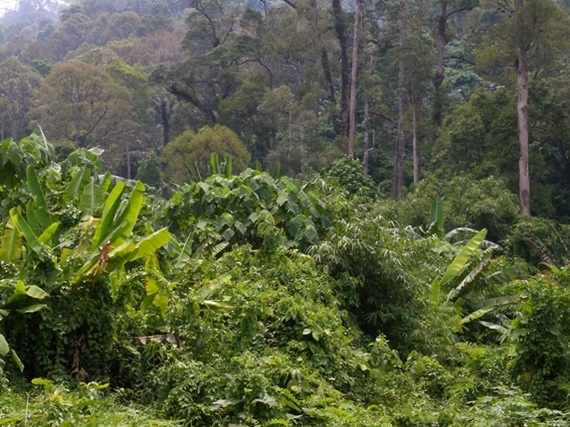 Saving exotic wild animals like the orangutans in South East Asia or the Cross River gorrilla in Africa aside, the louder calls now are to save another species which is us, humans. The Paris 2015 Climate Summit should be in full swing by the time this blog is published. One of the pre-summit statements on fighting climate change has come from the International Indigenous Peoples Forum on Climate Change (IIPFCC) that states quite simply:

Despite the huge financial resources available to mankind, without the participation of resource owners, whom are mainly Indigenous people and local communities, all efforts under the United Nations Framework Convention on Climate Change are bound to fail

I do not doubt this statement as in it's my humble opinion that conservation efforts in general fail because local communities were excluded in those efforts. Looking at Indonesia for example, there are large areas of "protected forests" like Gunung Palung National Park and Tanjung Puting National Park. These designated national parks enjoy the highest level of official protection under Indonesian laws yet any satellite image of these vast "protected" areas will show that they are badly degraded. Not the type of "national park" that we are accustomed to in north America where hundred year old trees and rich biodiversity exist. Communities that live near these protected forests are one reason for their degradation and must be worked into a solution to protect these forests. 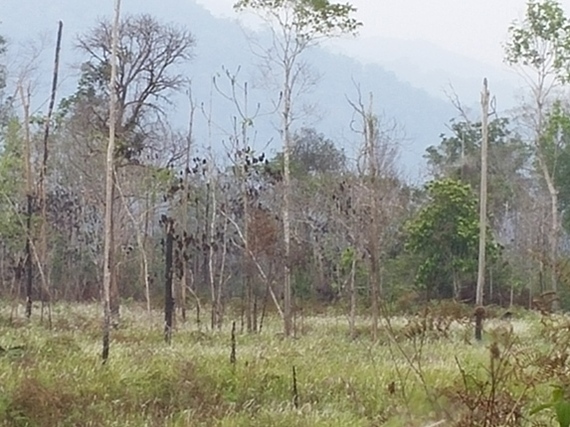 What's that tree worth?

We all know that the best technology to fight climate change is the tree. If we can stop deforestation in tropical regions like South America and South East Asia while we in the rich north figure out a way to reduce our own carbon emissions, we might have a chance at slowing down climate change.

I visited several communities in Indonesia recently and wish I had more positive things to say like " Oh ya, the forests are their supermarkets" and they all want to keep the forests standing as their livelihods depend on it. What I got instead was "Apa pohon itu? Setiap hari, kami mencari makan saja"

Translated, it means "Whats that tree about? Every day, we only look for food." Their opinion seemed to be that the tree, or forest, is of no value to them unless it bears a material they can work with or produce a sap or fruit they can sell. Otherwise the only value of that tree is as perhaps as planks for their houses. Fighting climate change to benefit all of us was not accepted until I suggested that they could get paid to protect forests and perhaps even engage in a bit of reforestation.

The significance of community forests in Indonesia

As part of its Medium Term National Development Plan of 2015-2019, the Indonesian government has targeted 12.7 million hectares of forest areas to be managed by communities that live in them. The communities are expected to use these forests to improve their livelihoods instead of relying totally on government assistance to do so.This is a considerable chunk of forest that could play an important role in conservation and fighting climate change.

As an example, the villages of Katunjung and Katimpun in Central Kalimantan, have been approved to manage close to 10,000 ha of a secondary peat swamp forest. With support from the Ministry of Environment and Forestry( KLHK ) the communities have reforested over 1000 hectares of degraded forests.

To the north is an on-going land claim by ten Dayak villages in North Barito for 52,000 hectares of forests. Rare species of plants and wildlife still exist in these forests that are besieged by timber, palm oil and coal mining companies.

Community leaders that I met from these villages expressed great interest in preserving their forests but insisted that since we were discussing a global problem, that solutions should include global partners.

There is hope in the growing awareness of local community leaders that these forests are also important to their own health and future. The chief of one small village, Begasing, was very interested in a reforesting the national park with local tree species that were once found in the area.

In a different meeting, a farmers co-op of ten families from Benawai Agung village included ex-poachers and illegal loggers, one of which ran a fairly big business in illegal timber from the national park! All they asked was for a helping hand to introduce organic farming to the area. This would be an expensive departure from the traditional burning of farm lands to enrich the soils for next season's plantings but the end results justify funding to pay for organic fertilizers for them.

Saving Indonesia's Community Forests to Save Us

I personally have little faith in climate change programs like REDD to be able to connect with the villagers in North Barito or those in Katunjung village or the thirty four thousand plus villages in Indonesia that live within forested areas.

I'm counting instead on private companies like members of the Consumer Goods Forum whose members have pledged to zero net deforestation products by 2020.

Let's hope that mega corporations like Unilever are serious about delivering zero net deforestation products to our shelves. These community forests in Indonesia need help to remain standing and are a great low cost way to not only achieve companies zero net deforestation aspirations but also to fight climate change and protect biodiversity.