Co-written with Naomi B. Robbins

In light of the great Blizzard of 2015 that wasn't, we might look at how accurate are weather forecasts and especially long-term forecasts.

Naomi B. Robbins of NBR Graphs, with whom I co-wrote this post, and I collected predicted highs and percent chance of rain in the long-term weather forecasts from mid-August through December. Special credit to Naomi for all the data visualizations in this post.

Ultimately, the forecasts are quite accurate. Here are some findings.... 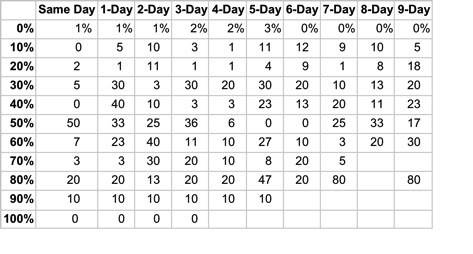 Following are some charts that enable a closer look at the data.

The first figure shows the mean absolute deviation by number of days out the forecast is made. The further out the forecast was made the darker the color in the chart. This color legend applies to all other charts as well. 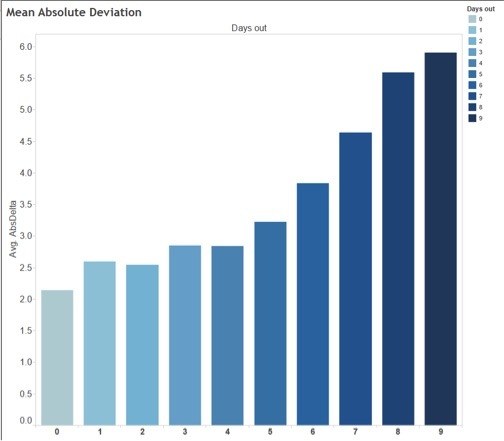 The second chart shows delta, which is the actual minus the forecast by the number of days out. 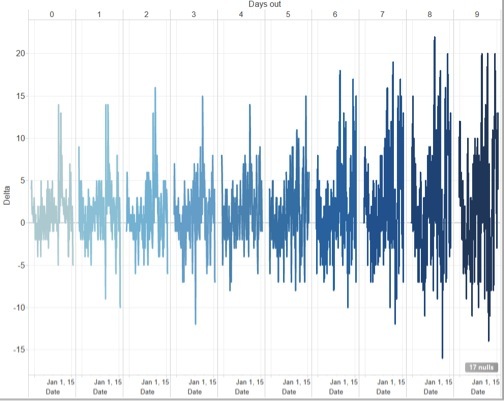 We notice that as the forecast goes further out, the spikes or large deviations get bigger. We also notice that forecasts for all days out were less accurate in November and December than in August through October.

The third figure shows the same information as Figure 2, but with the days out stacked instead of side-by-side. Different arrangements emphasize different aspects of the data. 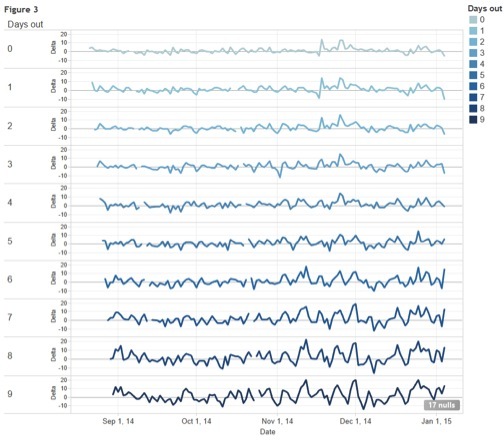 The fourth figure shows all of the data in one chart. If we had used different colors for the different days out the chart would look like one jumbled mess. However, this sequential color scheme shows that the lower days out (lighter colors) have smaller deviations and the spikes are mostly the longer forecasts. 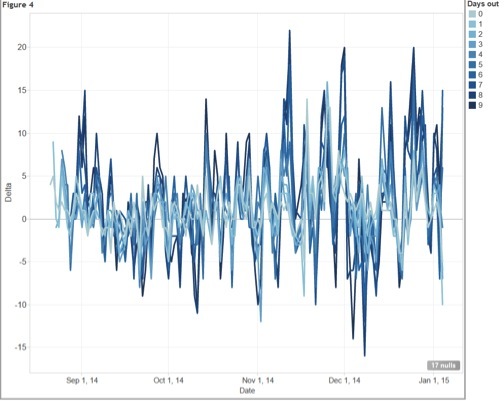 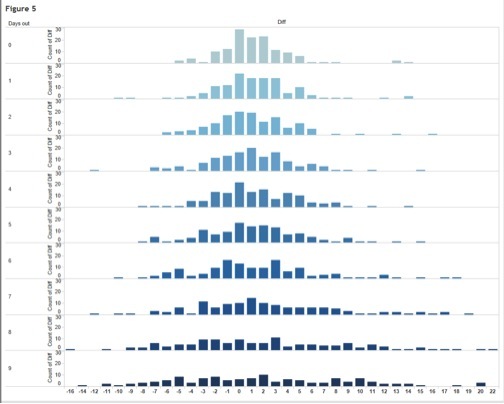 Some background notes on the data....

Advertisement
All figures created using Tableau and are available with
Tableau Public
.