It's a well-accepted fact that car insurance premiums vary between certain demographics.

For instance, a 20-year-old male driver will most likely pay more for insurance than a man who's 10 years older.

What may be shocking, however, is just how significant these premium swings can be -- with age being just one of several factors.

For the second year in a row, a study commissioned by insuranceQuotes found that car insurance premiums, on average, can vary by more than 50 percent based on age, gender and marital status.

According to Mike Barry, spokesman for the nonprofit Insurance Information Institute, insurers have long been interested in the way marriage, gender and age may affect insurance rates -- and the general consensus has been resounding.

The Impact of Marriage on Car Insurance Rates

According to the study, marital status is almost as significant in car insurance pricing as age and gender. On average, a married 20-year-old pays 21 percent less than a single 20-year-old for the same policy. 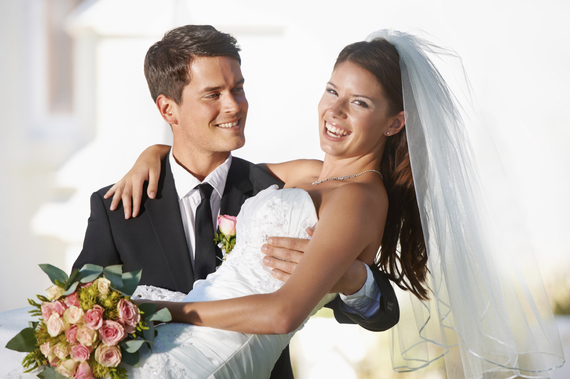 The difference gets more pronounced when you divide it by gender. A single 20-year-old male will pay 25 percent more for auto insurance than his married counterpart.

And a single 20-year-old woman will pay 28 percent more than her married counterpart.

Premium differences between married and unmarried drivers drop off significantly as they get older. For instance, a single 25-year-old just pays 7 percent more for auto insurance than a married 25-year-old.

So why do insurers consider married people a lower risk when it comes to pricing auto insurance?

Eli Lehrer, president of the nonprofit research group The R Street Institute, says, "Marriage really does make people more careful and responsible... it isn't at all surprising that this translates into better driving behavior."

For example, a recent study by the Centers for Disease Control and Prevention (CDC) found that married men are more focused on taking care of their health than single men.

What's more, Lehrer says married people are also a better business opportunity for an insurer, since they are more likely to own homes and "far, far, far more likely" to buy life insurance.

The Impact of Age on Car Insurance Rates

Without exception, young drivers pay more for car insurance than any other demographic -- and there's a very good reason why. 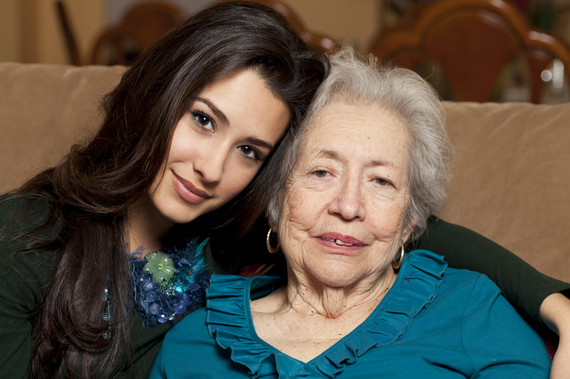 According to the CDC, crash rates per mile driven for 16- to 20-year-olds are four times higher than those of older drivers.

Bob Hunter, director of insurance at the Washington, D.C.-based Consumer Federation of America, a consumer advocacy organization, says younger drivers also file more car insurance claims than those with more experience behind the wheel, which is what accounts for significant differences in premium cost.

Also, premium costs don't stop dropping at 25. According to the study, premiums begin to stabilize around 25 years old, but they fall by another 18 percent until they bottom out around age 60.

For instance, a 60-year-old single male driver is paying, on average, 59 percent less for auto insurance than his 20-year-old counterpart. The difference for women is 51 percent.

"This all comes back to (driver) experience," Barry says.

However, don't expect your insurance rates to drop at midnight on your 25th birthday.

Barry suggests paying close attention to your rates at renewal.

"Your rates are going to slowly go down every year you get older each time the policy is renewed," Barry says. "When it's renewal time and you're 25, that's when you'll see the biggest drop."

When it comes to how age impacts insurance premiums, not all states follow the national average.

Meanwhile, in Hawaii, a 25-year-old married woman will pay just 2 percent less than her 20-year-old counterpart.

The reason for this is how individual states regulate insurance.

"In some states, insurers are allowed to weigh age more heavily than in others," Lehrer says.

For instance, according to the Hawaii Department of Commerce and Consumer Affairs' Insurance Division, Hawaii is the only state that doesn't allow insurance providers to consider age, gender or length of driving experience when determining premiums, which accounts for the negligible difference in premium costs.

Also see: Making one auto insurance claim can drive your rate up by 76 percent

The Impact of Gender on Car Insurance Rates

Here's the bottom line: Women are statistically safer drivers, which means they're also less likely to file a claim than men. Therefore, they generally pay less for car insurance. 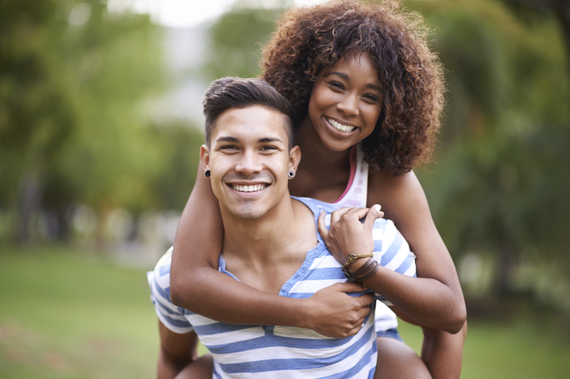 According to the study, a single 20-year-old male driver will pay 21 percent more than his female counterpart. The good news for men is this difference begins to drastically level off as male drivers get older.

For instance, a single 25-year-old male driver will only pay an average of 4 percent more for auto insurance than his female counterpart.

What's more, between the ages of 30 and 50, men actually pay slightly less for auto insurance than women. Experts aren't entirely sure why this is the case, although Lehrer thinks it's most likely an insignificant difference.

"The differences you find beyond about age 30 will amount to less than a dollar a month for most people based on gender," Lehrer says.

Three other states -- Michigan, Montana and Pennsylvania -- apply the same rating factors to men and women, which is why there is no difference between their rates due to gender.

Whether you're a man or woman, married or single, here are four tips for reducing your auto insurance premium.

1. Get a good-student discount.

Most insurers will offer a discount of up to 20 percent for young drivers who maintain at least a B average (a 3.0 GPA or better) in high school or college and take a recognized advanced driver training course in addition to driver's ed.

2. Enroll in a pay-as-you-drive program.

Many major insurers -- including Allstate, Progressive, State Farm and Liberty Mutual -- offer discounts based on how well, how far and how often you drive. It's a voluntary incentive and can save you as much as 25 percent on insurance.

Auto insurance is not meant for everyday repairs. Also, making just one claim worth $2,000 or more can kick up your rate by a national average of 41 percent, according to a January insuranceQuotes study.

If you file many small claims over the course of three or five years, your insurance company may not only raise your premium but could cancel your policy.

4. Shop and compare rates at least once a year.

According to Barry, car insurance is a buyer's market, and shopping for new coverage could save you up to $500 per year.