Nope, it isn't magic, and the pilot isn't wildly flapping her arms up and down. Thankfully, the physics that keeps an airplane aloft is a bit more down to earth.

In simple terms, planes are held aloft by lift, the force generated when air flows over and under an airplane wing simultaneously. Air travels faster over the curved top of the wing than below it. That reduces air pressure on the wing from above. Voilà! Lift! (Though admittedly it's a bit more complicated than that.)

As long as the plane moves forward through the air, propelled by jet engines or propellors, this lift-generating principle applies. If the forward motion falters... well, as NASA puts, "No motion, no lift."

Need a visual? We don't blame you. Check out the MinutePhysics video above for a primer (and animation) covering the physics of flight.

Just What Keeps An Airplane Up In The Air, Anyway?
Solar Impulse Plane 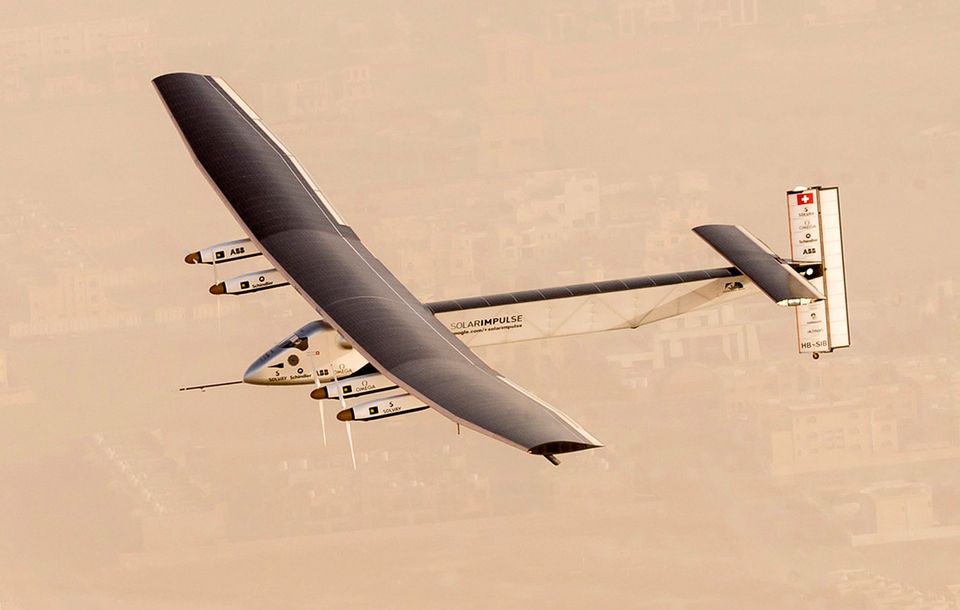 1 / 24
ABU DHABI - UNITED ARAB EMIRATES - MARCH 9: (Alternate crop of #465648396) In this handout image supplied by Jean Revillard, Solar Impulse 2, a solar-powered airplane, takes flight as it begins its historic round-the-world journey from Al Bateen Airport, on March 09, 2015 from Abu Dhabi, UAE. The 35,000km journey is expected to last five months and is piloted by Andre Borschberg and Bertrand Piccard of Switzerland. The Solar Impulse 2 is equipped with 17,000 solar cells, has a wingspan of 72 metres, and yet weighs just over 2 tonnes. (Photo by Jean Revillard via Getty Images)
Handout via Getty Images