Spotify, the popular music streaming service, is under pressure from an insurgent Apple Music and incumbents like Pandora. So by way of a play called the Trial Balloon, it's painting a compelling new picture for online music lovers.

The pitch: It's no longer about genre and songs you just like. It's about connecting your music to your life, literally.

Spotify figures to deliver tracks that will motivate us when we're down and calm us when we're up. How it works is still fuzzy, but it's meta-level stuff that could turn casual playlists into strategic lifestyle assets. Better workouts, better meetings, etc. "We've created a completely new music format," the company gushes.

Whether it can do this or not -- and whether users want it or not -- Spotify is slathering itself with leadership, and none too soon given its recent snafus on privacy terms and Taylor Swift's public rebuff.

Pandora, known for its Music Genome Project, is the player you'd expect to push new paradigms. It's the smarter company in the complicated business of curation and preference prediction. You might also expect Apple to integrate your tracks to daily routines and emotions by way of its watches and other coming wearables.

Still, it's the scrappy and pragmatic player that's floated the idea first. So what's the counter to Spotify's Trial Balloon? Tapping here and then on the Standard Guidance counter tab, there are eight options, tips and best practices to calibrate Spotify's rivals: 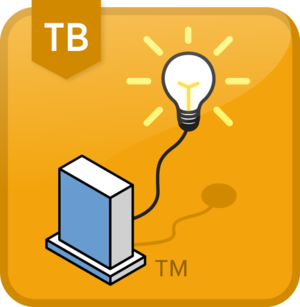 HOW TO SLOW OR STOP A TRIAL BALLOON

1. If you can deliver the idea rather than talk about it, run a Trump.

2. Slap a Label on the player that ties them to the rising idea.

3. Run a Bear Hug. Publicly agree with the ballooner, forcing it to follow through.

4. Run a Recast + Challenge combination to rework the Trial Balloon into a yes-or-no question.

5. Run a Mirror by rerunning, retelling, or republishing another player's casual remark...over and over and over.

6. Let a Partner question the Trial Balloon; they may have more credibility than you.

7. Recruit a Proxy to skewer the Trial Balloon; the marketplace may be more receptive to their take than yours.

8. If the idea is too good and too damaging to your agenda, you may need to go rogue. Use a Plant to take pot shots at the Trial Balloon; it may be your only way to puncture a fast-rising idea.

To protect its rep as a programming maestro, Pandora might run a two-play sequence: a Pause to gather information and then a Trump (see tip #1) to steal Spotify's idea. That's not a knife...this is a knife, is what we could hear. Another option (inspired by item #4) could be to Bait Spotify with a faux Challenge to its technology prowess. Prove it, or it's vapor.

To make sure its rep is expanding -- not again faltering -- Apple Music might run a Recast (also thanks to tip #4) by modifying the Spotify panacea with the alluring possibility that its streams will be bio-informed by its wrist watches and more. Great idea, Spots, we'll take it from here.

In any case, and in a broader context, Pandora and Apple will likely Draft Spotify -- following, learning, listening and, finally, passing the short-term leader with better stuff. But time is of the essence, because good ideas stick to nimble players.