My old friend Debi Cable, an exceptional LA-based curator and artist, forwarded me a press release about two years ago, which announced a free introductory class at the Fresco School -- an introduction to buon fresco, taught by one of the world's few masters of the technique, iLia Anossov. Paintings made with this completely natural (in every sense) method are nearly indestructable, and can last tens of thousands of years and more.

Despite his enthusiasm, it took me a while to understand him, possibly because I'm of Estonian descent, and he's Russian...but that's another story...

The technique of buon fresco, which is what Michaelangelo used to paint the Sistine Chapel and the citizens of Pompeii used to paint their walls (albeit, with substantially different mixtures of sand and lime putty), is rarely taught, and has been considered a lost art form, at least here in America. That is, until iLia began his classes several years ago, and started distributing his just completed series of DVD's.

He talks about it with a passion that is relentless. He often begins by explaining that fresco painting has been discovered by every major civilization since art began, and utilized for that culture's unique needs. After about 20 minutes of my first experience with him, I realized that I needed to learn to paint in the buon fresco technique, and that it could become an important part of my art making.

I had no money to pay for the classes, so I offered a trade. I'd document his work on video and in writing and help spread the word, and he'd teach me the technique. He bit.

So, a few years on, I am helping him teach classes at the Getty Villa in the technique. In a 2 day class, students learn the basics of the chemistry and physics behind the technique, and get to paint a fresco of their own. It happens a couple of times a year. He also teaches at Otis, and in private classes. Pretty cool. 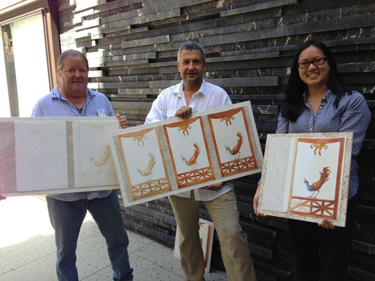 He is now working with a fresco painter on the East Coast, who's doing an entire church. A huge project. Slowly but surely, the word is getting out.

His mantra is simple. Buon fresco is a technique, not a style. It can be used by any artist in any fashion the artist wishes. iLia himself works on all styles ranging from figurative to abstract and even minimal. The medium itself is as much of the message as the work. 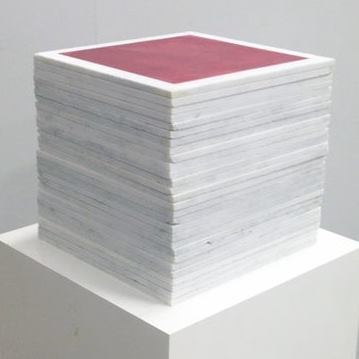 That is, until Ilia fulfills his goal of achieving a revolution - he envisions thousands of practicing fresco painters in the U.S. - one in every city.

I'm not for revolution in the Russian/Soviet/political sense, but as far as I am concerned, his idea can change things for the better - permanently.