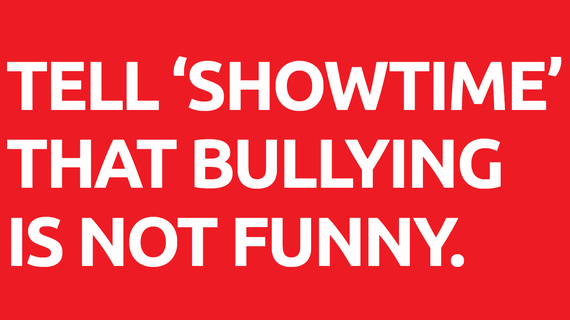 Objection to a "comedy" routine on Showtime by Gary Owen raises the question about whether people with intellectual disabilities (or as Mr. Owen puts it, "not talking slow here, full [retarded]") are ever fair game for comedy. It raises questions about who gets to write and speak such jokes, what's clever observation as opposed to cheap mockery, and finally what should my reaction be as a man with Down syndrome. In addition, and I think more importantly, the routine and reactions to it raise a much more important question - a question that doesn't get talked about much.

The routine that has raised objection in the Intellectually Disabled community features a discussion of "retarded" people having sex. No, I don't think it is funny. But that is not why I chose to write a public response. I struggled about whether to do so. Mr. Owen's routine is certainly vulgar, and a lot of the people who follow my writing are probably too young for his material. I worry about whether a public objection will serve to increase Mr. Owen's audience. In the end, the broader question involved seemed worth talking about.

I want to start by answering the "word police" and "political correctness" arguments that I have heard before, when I have objected to the use of the term "retard." I have never said that anyone should be prohibited from using any word. I have urged people (great and small, Democrat and Republican) to refrain from using purposely offensive slurs. Similarly, I have no desire to try to force Gary Owen to drop this bit from his act, but I would advise him to drop it.

So, what's wrong with this bit? Well, there's the obvious that it's not really very funny. More to the point, it depends entirely on making fun of people who almost certainly are not in a position to defend themselves.

Gary Owen clearly realizes that he should be ashamed of himself. Throughout the routine, he attempts to give himself special status that explains why it's okay for him to say terrible things about people with intellectual disabilities. Several times, he tells his audience that "it's okay, she's my cousin," or "I really do have a cousin, and she really is retarded." But, his cousin isn't the hero of her own stories here, she and her fictitious lover are the butt of his jokes.

Later, he subtly tries to insulate himself by mentioning that he "volunteered for Special Olympics for ten years" because of his cousin. If he actually did, he is the least observant or caring volunteer in the history of the movement. I am deeply sorry for Gary, if the only thing he noted in those ten years was that many of us have unusual gaits when we run.

No, I don't care much for Gary Owen's routine, but that is not the worst of this situation. The worst has to do with the nature of what makes things funny. Humor is very important to me as a public speaker, so I think a lot about why it works. One of the simplest rules is that humor is about putting together things that people don't expect to be together - like cartoon animals with human clothes, for example.

So, why does that bother me in this situation? What bothers me is that Gary Owen and at least some of his audience found it easy to believe that no two things could be less likely to belong together than a person with an intellectual disability and sex. That is the real tragedy here. Society, even people who care most for us, simply can't see us as completely human enough to imagine that we have the same desires and needs as the rest of you. Gary Owen, however badly, was trying to mine that blindness for laughs.

His effort to draw cheap laughs should not be nearly as objectionable to us as is society's continued efforts, even well-meaning ones, to treat us as childlike innocents. It should not be such a strange idea that we want to be fully adult. It should not be a basis for humor all by itself. I am thankful to have grown up in a time when society was willing to accept me as the generally good-natured, sometimes even charming young man that my parents have taught me to be. I speak all the time about how far we have come from the days when people were taught to be afraid of people like me and to ship us off to institutions where we were almost always sterilized. But, I have to say that there is a real cruelty to denying our sexual nature through the subtle ways in which we are continually treated as children well into our adulthood.

So in the end, I still don't think Mr. Owen's routine is funny. I do think he exploits his cousin and the rest of us through his crude portrait of people not able to protect themselves. If he asked me, I would say he should drop the routine until it is better written and he has less to be ashamed of. But, I would say that we have less to fear from Mr. Owen's bad taste than we do from a society that can't quite let us grow up.

This blog is in response to Showtime's comedy special, "I Agree with Myself".