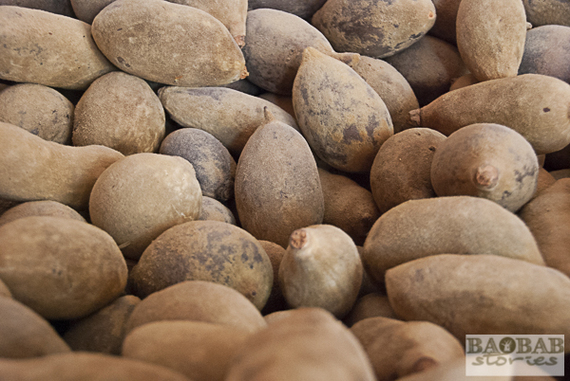 The baobab tree grows in dry areas with little rainfall in sub-Saharan Africa. With some exceptions, it can be found in most countries, including Zimbabwe. The country is undergoing difficult times and suffers from a severe drought.

Those circumstances affect the whole population - but hit the poorest particularly hard. They tend to live in agriculturally less productive areas with meagre soils. Apart from agricultural production they do not have many opportunities to generate income. And apart from that growing vegetables or crops during a drought is hardly possible at all.

In situations like this the baobab comes in handy. The tree is a frugal contemporary and survives - despite its size - on little water and nutrients. It thrives in the hot areas, particularly in the poorer regions of Zimbabwe. 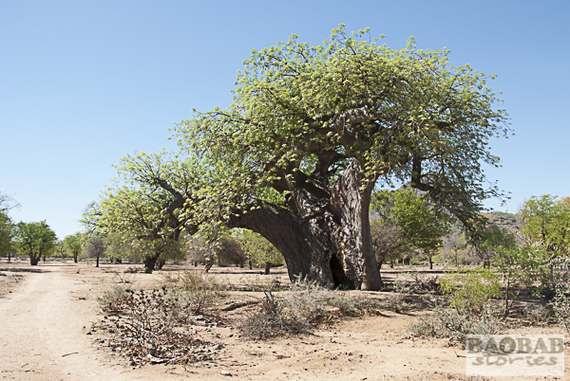 In the "old days", people had used almost all parts of the baobab. The tree provided important ingredients for traditional medicine, delivered food or raw materials for the production of household items, potash and soap. In some areas the leaves were prepared and eaten like spinach. Due to their anti-viral properties, the leaves act antipyretic.

Baobab is the "Super Fruit"

The fruit powder is rich in nutrients and dietary fibre, antioxidants, vitamins and essential fatty acids. It was used for cooking, in beverages, candy for children, as a raising agent for baking or for treatment of diarrhea. But for many years, baobab was "out of fashion" because its consumption was associated with living in rural areas and therefore considered "backwards" or "poverty related".

Meanwhile the use of fruit powder and oil pressed from seeds increases. Baobab appears at fairs such as the "Biofach" at Nuremberg, the world's leading trade fair for organic food. There it is traded internationally as a "super fruit".

The increase in baobab trade provides a long awaited opportunity to earn extra income for small farmers and collectors of baobab fruit in the rural areas of Zimbabwe. The trees grow fruit even in years with less rainfall. The fruit dry on the trees naturally and fall off once they are ripe. 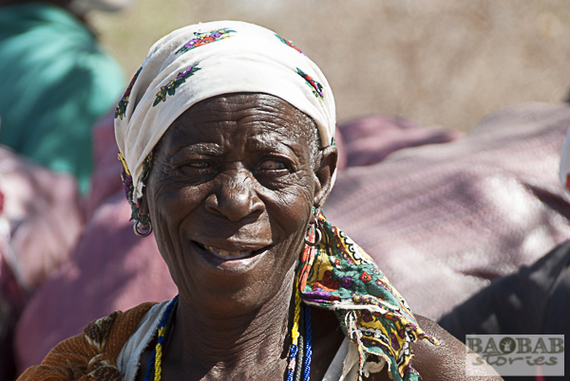 Unlike cotton or other capital and resource intensive agricultural products collecting baobab fruit requires no further labour input, expensive technical equipment or capital. Only the workforce of collectors and their time is needed to collect the fruit.

In the poorer regions of Zimbabwe, it is mainly women who benefit from the additional income through baobab. Often they are responsible for taking care of their children because they are either single parents or the men cannot live with their families due to working obligations elsewhere. The extra income allows them to pay for school fees, additional food or household items. 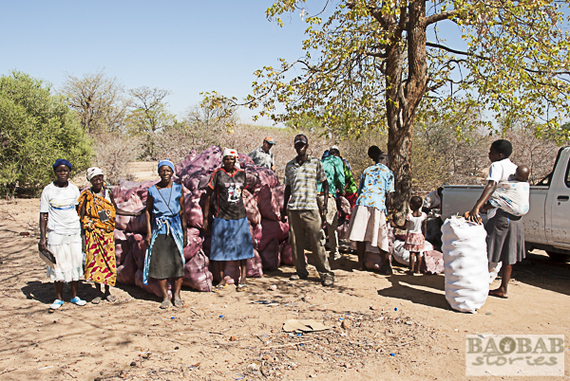 The rural population still uses about 20% of the fruit for their own consumption. In economic terms the remaining percentage has good marketable potential both for domestic and international markets. Sustainable harvesting is not taken into consideration at this point.

It is not clear how many fruit with seeds have to remain in the natural environment to ensure the reproduction of baobabs. With the effects of climate change, ever growing population density and increasing numbers of cattle and goats related to it - particularly in rural areas - baobab face difficult times to reproduce successfully. 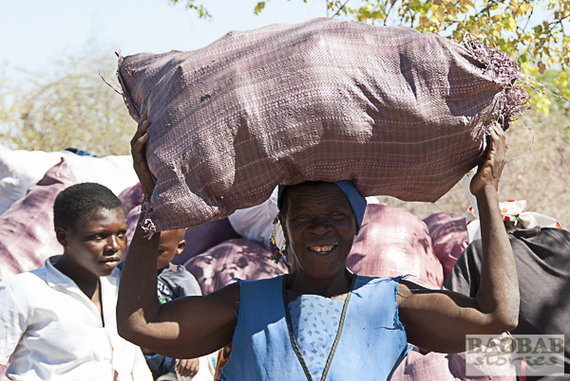 Another issue that could emerge upon a wider recognition of the economic value of baobab could become harvesting of fruit by outsiders treating the resource as open access. The rights to harvest fruit trees in Zimbabwe are strictly regulated - but helpful only if the rules are adhered to.

For many years, fruit collectors in rural areas faced difficulties in accessing markets. The distances are long and transport is a limiting factor. At this point Gus le Breton comes in. The ecologist and economist has spent most of his life in Africa and has settled in Zimbabwe. For many years he has done research and worked with the utilization of indigenous fruits and plants for domestic and international markets.

The industrious entrepreneur has successfully introduced several initiatives to make baobab internationally marketable and well known. He is a co-founder of Phytotrade, an African organization aiming at trading African indigenous plant products on international markets.

Over many years Phytotrade's commitment - financially and in terms of work - has paved the way for baobab into the European Union. In 2008 baobab was approved for trade under the Novel Food Regulation and has been imported into the EU ever since.

Le Breton's current company buys baobab fruit in rural areas, organizes transport, extracts powder and oil, and engages in international trade. But he does not only nurture an interest on the trade side of baobab - he is committed to improving the situation of people in the poorer regions of Zimbabwe, too. He ensured that some of the collecting areas which supply baobab fruit received organic certification.

This is beneficial for the marketing aspects of products and pays out for the farmers in other ways as well. The organic certification does not refer to the baobab trees but rather to the land on which the trees grow on. Once that land is certified, other products such as vegetables or other wild fruit can be sold as organic. 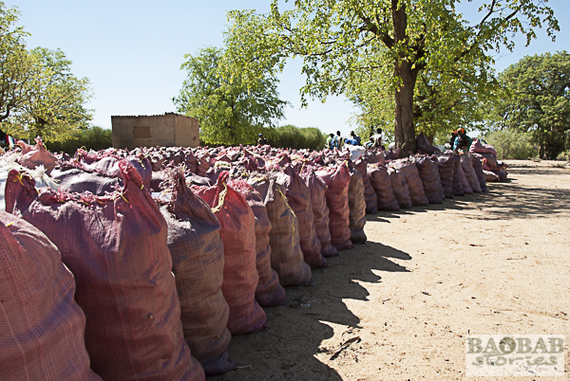 However, producers must adhere to strict certification criteria, otherwise they lose the certificate. In order to meet the requirements for certification and to benefit most from it, Le Breton organized trainings and workshops for small farmers and collectors.

He took his commitment even further. He initiated Fairtrade certification for his company and some of the baobab collecting areas. Up to this day they are the only baobab producers with this certification worldwide. For the fruit collectors, the Fairtrade certification has several advantages. They formed cooperatives which allow them better negotiating positions for the prices of their products.

The certification guarantees farmers a minimum price for the product sold under Fairtrade terms - and represents a safety net regardless of the development of "normal" market prices which may fall below the minimum price. Upon selling their product, the fruit collectors receive premium funds on top which they can use for community investments such as kindergartens, community halls, hospitals or the like.

Protection of Baobab Despite Fruit Collection

Over many years Le Breton has gained well-grounded knowledge with afforestation of indigenous trees such as the baobab. In his view, the most effective approach is to guard baobab seeds that have germinated naturally on the spot. Unfortunately, in densely populated areas the young trees do not stand a chance to reach maturity because they are constantly exposed to browsing goats and cattle. To make sure that the trees survive their first years, they need protection which could be provided by the local population. 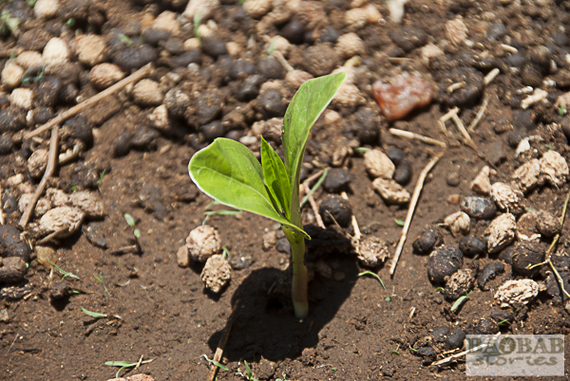 The creative mind has found another way of supporting baobab regrowth: Le Breton sells baobab saplings on markets in the cities. For each seedling sold the buyer payed for another seedling, which is planted in rural baobab areas. The care takers of the little baobabs receive a small fee for compensation of their work and as an incentive to take care of the trees. Normally, the saplings are big enough after three to five years and do not require further protection.

With trading baobab Le Breton does not only aim at international markets. He wants to revive the domestic market for baobab in Zimbabwe as well. Depending on where the people originate from - the baobab and its benefits are either unknown or its consumption considered "backward".

Once people can afford access to "convenience food", highly processed food, "fast food" and "soft drinks" they tend to abandon traditional foods. This can be seen in a general decline of health. Cardiovascular and metabolic diseases such as diabetes are on the rise. The baobab powder with its healthy ingredients could contribute to a solution - not only health-wise but with respect to creating reliable income opportunities for the poorest segments of the population. 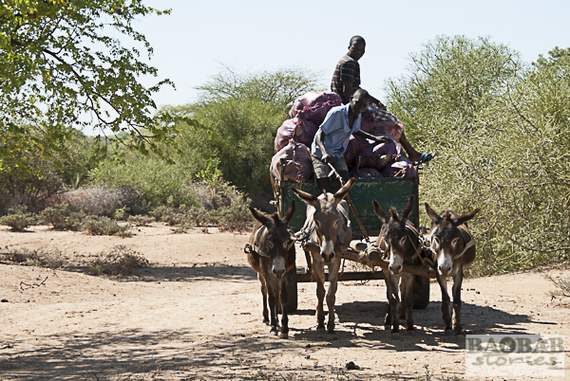