The terror attacks on Sept. 11, 2001 reverberated around the world long after that fateful morning.

Americans of all stripes grappled with the image of planes crashing into the World Trade Center buildings and the Pentagon, and unfurling a blanket of dust and debris on New York City. They grieved the lives lost, came together to rebuild and sought answers as to why anyone would commit such an act of hatred.

Within days of the attacks, many had found a convenient scapegoat. Muslims, Arabs and anyone who remotely resembled the terrorists seen on TV, whether in feature, dress or accent, became targets of retaliation. That stereotyping exists to this day.

I hoped they wouldn’t even remember that I was Muslim.” Shawna Ayoub Ainslie

“I stopped reading the Qur’an between classes,” wrote Muslim blogger Shawna Ayoub Ainslie in 2015. “I used to wear comfortable, loose clothes that covered my arms and legs. [After Sept. 11], I kept the headscarf I carried for prayer hidden in my purse instead of draped around my neck... I began pushing up my sleeves when in groups so people would not worry that I was conservative. I hoped they wouldn’t even remember that I was Muslim.”

Muslims, like people of other faiths, are not a monolith. And the experience of being Muslim in America ranges widely, depending on age, gender, location and a host of other factors. It also isn’t one solely defined by an act of terror 15 years ago.

But Sept. 11 had a tremendous impact on Muslim American communities. Research shows that Muslim Americans were doubly traumatized, first by the attacks themselves and then again by the violent backlash toward their communities that ensued.

This misplaced retaliation began almost immediately. In 2002, FBI reported that incidents targeting people, institutions and businesses identified in some way with Islam increased by at least 1,600 percent. The report noted that prior to 2001, Muslims had been among the least-targeted religious groups.

I’m an American, and being labeled a safety threat is unacceptable in a country founded on tolerance and freedom." Niala Mohammad

Aside from hate crimes, Muslims faced new daily struggles. Things like flying in airplanes, getting through security checkpoints, finding employment and housing without facing discrimination, and going to weekly worship services without fear of attacks or undue surveillance became a reality for many ― and still are.

“I’m an American, and being labeled a safety threat is unacceptable in a country founded on tolerance and freedom,” wrote Muslim American journalist Niala Mohammad, who was removed from an American Airlines flight in August reportedly for making the flight attendant feel “unsafe” by requesting water.

Mohammad blamed such discriminatory practices in part on anti-Muslim rhetoric in politics and media. It was the likes of Jerry Falwell and Franklin Graham 15 years ago, and it’s Donald Trump, Ann Coulter and others today.

American attitudes toward Islam have steadily dropped over the years, perhaps as a result of relentless public attacks on the faith. The number of Americans with favorable views of Islam fell from 41 percent in 2005 to 30 percent in 2010. In the same timeframe, they became slightly more likely to think Islam encourages violence more so than other religions.

A majority of Muslim Americans say it has become more difficult to be a Muslim in the United States since Sept. 11, and many also believe that the government “singles out” Muslims for increased surveillance and monitoring.

But for many young Muslims born after Sept. 11, Islamophobia seems to be a fact of life. To them, there was no before and after. They’ve only ever known a U.S. in which communities can wake up to see their mosques covered in anti-Muslim vandalism, in which mainstream politicians and talking heads can get away with using slurs to describe fellow Americans.

Many students feel Muslims are the exception — that everyone else has freedom of expression and religion, but for Muslims we have to reassure everyone that our religion is in no way compelling us to kill people." Kameelah Rashad

The Huffington Post has recorded 260 acts of anti-Muslim violence, discrimination and political speech in the United States this year alone. During the month of Ramadan, there were at least 20 anti-Muslim crimes.

In the wake of terror attacks carried out by self-declared Muslims, such as those in Paris and San Bernardino, California last year, U.S.-based nonprofit group Crisis Text Line saw a major uptick in Muslims reaching out for help. The number of users ― many of them teenagers ― who referenced being Muslim and experiencing bullying and harassment increased by 6.6 times shortly after the Paris attacks in November 2015, the group’s director of communications told CNN.

Rates of depression, anxiety and post-traumatic stress disorder were found to be higher among Muslim Americans than the general public and other minorities in a 2011 study, and researchers believe that to be related to ongoing discrimination and harassment they face in an increasingly anti-Islamic culture.

“One of the things I see that comes up repeatedly is about identity,” Kameelah Rashad, the Muslim chaplain at the University of Pennsylvania, told HuffPost for a previous article. “Many students feel Muslims are the exception — that everyone else has freedom of expression and religion, but for Muslims we have to reassure everyone that our religion is in no way compelling us to kill people.”

This pressure can be overwhelming, but it’s also given rise to increased interfaith efforts and public awareness campaigns on the part of Muslim communities around the country.

“[After Sept. 11] Muslim leaders and communities across the nation realized a need to educate their non-Muslim neighbors about Islam,” wrote Harvard University’s Pluralism Project. “Many Muslim communities opened their doors to the public, inviting non-Muslims to introductory lectures on Islam, and encouraging questions from non-Muslims.”

Muslim Americans ― U.S.-born and immigrant alike ― aren’t letting the likes of Donald Trump define the public image of their religion.

“There were a lot of controversies whether we should take part in the political process [before Sept. 11]. Was it halal [permissible] or haram [prohibited]?” Zahid Bukhari, executive director of the Council for Social Justice at the Islamic Circle of North America, told NPR.

How Being Muslim In America Has Changed Since 9/11
Muslim/American, American/Muslim 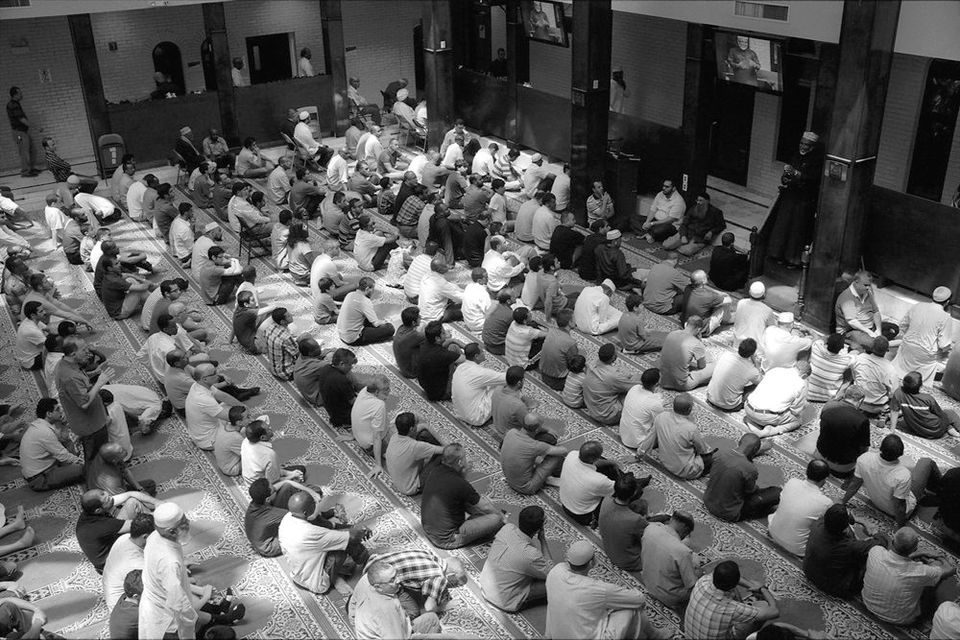