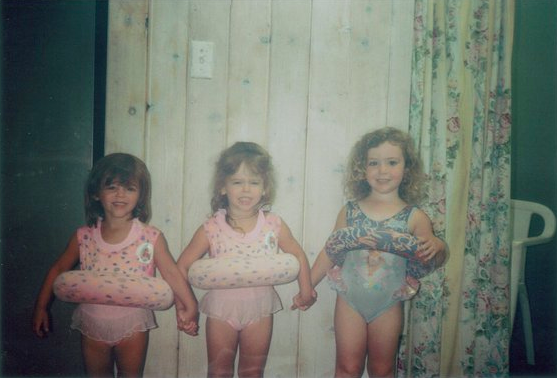 "I hate it when people touch my head," Bea said, cringing backward at the thought.

She didn't have to say much more. I knew the feeling. Each time someone rubbed my back or smoothed my hair, I made the same squinty-eyed, pained expression that still remained on my redheaded friend's face.

"It's like when they try to coddle you, right? You're not a coddler?" I asked, with a pretty good idea of what her response would be.

"Exactly!" she shook off the thought, "It just doesn't feel right."

The conversation was building interest as the occupants of the dorm began to distract from the music and dancing that had become our Friday night. The words had sparked chatter, which triggered the myriad of childhood reflections on liking hugs versus detesting human contact. I, on the other hand, was less bemused. I often came across the same evidence whenever I talked to others about their perspectives on nurture. It didn't surprise me that the two girls taking the reigns for the side of the room that couldn't stand touch were also 5'9" and 5'10."

I asked, though again barely waiting for the answer, "Were you guys tall growing up?"

They nodded, continuing with the banter of being understood.

A hum of residual pain swept through my forehead and into my core. I pushed away the envy reaching up from my heart and into my throat that spiked hearing the other half talk about their need to be physically reminded of love. It was the thing I forced myself to want every day and I was again aware of the reasons why it didn't come naturally.

You see, to the untrained eye, I am just above average height for a woman. I am 5'7" on a good day, 5'6 ¾" on others. Some might even say my measurements are ideal. Yet, if you look close, I walk as though I have an invisible bubble with a three-foot radius around me, consistently concerned with bumping into my surroundings. My back is naturally hunched, from years of trying to appear shorter, and I have the tendency to wrap my arms around myself. My breath is often shallow with the fear of being too loud and, most telling of all, any time I am hugged, patted, bumped into, or touched, I shrink back, instinctively alarmed. I am the product of a tall child.

Growing up, I was always off the charts in both height and weight. I, along with one other boy who stayed about level with me until middle school, was the tallest child in my class of about 150 students. In all of my childhood pictures I am a good foot taller than my closest friends and, by the time I was 10, I was full grown and taller than my fourth grade teacher. "Yo soy alta," was the phrase I knew best in Spanish. I outgrew my wardrobe bi-annually, and any time I went to a family gathering, I expected to hear, "she got so big!" exclaimed in my presence a minimum of five times.

These, I accepted. They were true to my identity. I was tall. Yet, being tall also came with a slew of unearned expectations. Seeing as I appeared and had the physical capabilities of a person about four years older than I, I was often treated as such. In dance, I was placed in advanced classes with children my size and ability. At parties, I naturally paired with kids closer to my appearance, rather than my age. With adults, I was assumed to clean up after myself, have better manners, and follow higher-level conversation at younger ages. And, at around four-years-old, I was no longer held.

At home, my parents stopped being strong enough to pick me up and swing me around, and my long legs kept me running around fast enough to be a nuisance to chase down. In pre-school and at camp, I could no longer sit in the instructor's lap, and I was stripped of the appeal of a small child. Perhaps I was sensitive, more keen to pick up on rejection, but after a few instances of being shrugged off when grabbing onto my mother's back for a piggy-back ride or being asked to go sit on someone else's lap by the beautiful, teenage gymnastics camp counselors, I fully integrated the belief: I was too big to be touchable.

When you're a tall girl growing up, you don't get to be the tall guy's shoulder-rest. You miss out on being the one chosen to practice séances on at sleepovers. You can't fit into good niches in hide-and-go-seek. Your shoe size is an embarrassment, as is your weight, and, if you casually bump into someone small, you might knock him or her over. You are most likely cumbersome, and this makes you even less appealing to cuddle with.

Over a mere few years, this goes away. By about age 13, most of my friends had caught up in height, and many had surpassed my now-average length. However, the identity of the tall child, the untouchable, I did not outgrow. "Cute," "tiny," "small," "adorable," and any other adjective used to commonly describe a petite child were dismissed as wholly untrue to my character, and I learned to subconsciously reject physical connection, never expecting it and believing I didn't deserve it when it presented itself.

I am not alone in having a hard time letting myself be comforted. Nor is Molly or Bea. We are representative of the tall-child race. We are reminders of both the early years of our lives that will forever impact our identities, perceptions, and interactions with others, as well as the more basic denial of the needs we have difficulty meeting. We appear to hate being loved, yet we are human beings, needing it just as much in order to survive. When this need goes unsatisfied, instead of seeking out it out, we pretend it doesn't exist, or worse, we reject it; we build bubbles. Still, these bubbles can be popped and must be, in order to reap the benefits of human connection. The cringes at a pat on the head, the squinty eyes, and the hurt that comes when another is held can all be replaced. We can grow up. We can embrace. We are touchable.