"Can you take the trash out?"
"Did you give the dogs their medicine?"
"Have you paid the power bill?"
"Can you pick the kids up from school tomorrow?"
"I will be out of town Wednesday next week, are you out of town the following Tuesday?"
"Call your Dad and wish him Happy Birthday."
"Can you deposit your paycheck?"

These were our nightly conversations. After working all day (usually out of town), scrambling home to get the kids before the school turned the lights out, getting them fed, bathed, and in bed. Then time to cook dinner for us, and feed the dogs, and take them out, and then clean up their poop (because they are wretched wretched dogs who don't like to go in the grass and much prefer my living room rug), then to wash the dishes, and then finally was it time to talk. But that's when we had to handle the business and the logistics of the household. And by that point well frankly I'm spent and it's all I can do to pull on my sweatpants and grab the remote just to zone out and relax for an hour before going to bed.

I know I'm preaching to the choir here and that many of us are in the exact same situation (or have been at one point). But before you know it it's all you do. There seems to be no time for fun or conversations or "How was your day?" There's no end in sight to the monotony and the chores and the laundry. I began focusing on the inequities in our marriage (both perceived and real). I started keeping score- "Well I changed five dirty diapers this week and emptied the diaper genie the last 3 times." It was a dangerous road and I knew it but I was barreling down it without the brakes getting angrier and angrier.

Our conversations became shorter and the questions about responsibilities more pointed. You could feel the acid dripping off of my words. I became a yeller. I was tending to the kids largely by myself and they could sense my exasperation. Like sharks smell blood in the water- they sensed my weakness and pounced. Each day was an absolute struggle.

This was around the time I found out I was pregnant. It wasn't an accident but it was definitely a surprise. "Great," I thought. "I guess we are gonna have to work this marriage thing out." This was truly my mindset at the time. But I will say baby #3 gave us a goal. Something to work toward. My monotony was going to change in a big way in the next year.

And then hubby got a cold.

Now I know I don't have to go into the tirade about men and their ailments and what infants they become when they have the sniffles. We all know how they act. Well my resentfulness just began to fester and grow as he retired to the bedroom to lay down while I struggled through bath time and bedtime alone. In the mornings he (in my mind) refused to get out of bed while I took out the dogs, got both kids up, fed them both, dressed them both, took the dogs out (again), AND got myself ready all the while fighting the morning sickness that plagued me 24 hours a day. By day 3 I couldn't even look at him. I was seething. Thank goodness I had an overnight trip planned that week- if I didn't get away from him I may have smothered him in his sleep.

I returned late the next night and we exchanged courtesies and went about covering the business of the night. It wasn't until I was getting ready for bed that I noticed he looked a bit different. His eyes were bloodshot and there was something about his face that just seemed off...

When I questioned I was shocked to find out that he had lost all feeling in the right side of his face. He had gone to the doctor and had been diagnosed with Bell's Palsy. Well, that sent me into a panic. I was googling and researching and making phone calls. I was concerned with the fact that he hadn't even mentioned it to me. Was this how bad things had gotten between us? Sadly it took a scary diagnosis to thaw my heart even a little bit.

Slowly over the next several days we began talking more and more. I asked each day about his progress. By the end of the week we were cracking jokes together and laughing at his predicament. The laughing only led to more laughing as he could only move half of his face and so he looked quite ridiculous.

As we laughed together I realized how long it had been since we had had fun. I was reminded of a conversation we had some months back where we tried to come up with things we had in common other than the kids. We tried and tried but really struggled with this task. We had begun dating when I was just 19 years old and we realized we had both grown up into two quite different people. Sadly, after 20 minutes of conversation there were only two things we could agree that we both liked. 1. The cheese dip at the Melting Pot and 2. a cold Bud Light on a hot summer night.

No wonder we were having a hard time.

Over Christmas break we got Netflix and began watching Breaking Bad. We had heard all the buzz and wanted to see what all the hype was about. Well, after one episode we were hooked. We watched episode after episode until it was 2 am!! It became a kind of obsession and every night we worked together to get all of our chores done as quickly as possible so we could climb into bed and find out what would happen next. We had found something in common again.

Slowly but surely as my belly grew bigger and the feeling came back to hubby's face we could feel the difference. Things had changed. We were a team and we enjoyed being with each other again. We remembered that we are people and not just worker bees and caregivers. A sweetness and an intimacy reentered our marriage. I was happy to be here again. Funny enough the better our relationship got the calmer I was. The calmer I was the less I yelled. The less I yelled the better the kids behaved. And the better the kids behaved the calmer I was. I felt like we found the sweet spot once again.

I have to admit as we started the final season of Breaking Bad I began to get anxious. As we watched the last episode I was gripped with fear that it would all slip away. What would we do now? Would we go back to the way things were?! I began feeling a little desperate. (Silly, I know but remember I have raging pregnancy hormones so I'm entitled to a touch of crazy now and again.)

I am proud to admit that my fears were in vain and we are still in that happy place. Don't get me wrong it's not all unicorns and rainbows but it's so much more than business. And thanks to The Walking Dead we still have a mutual obsession. 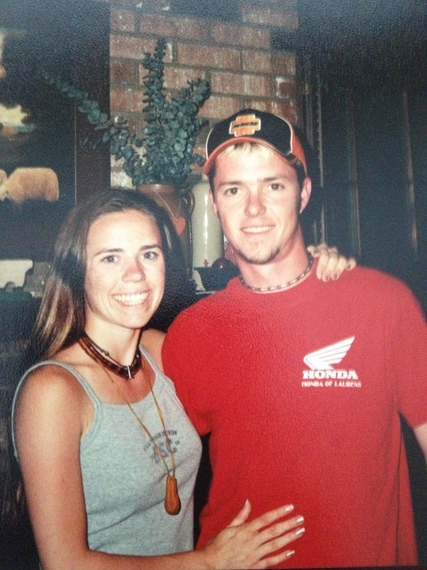 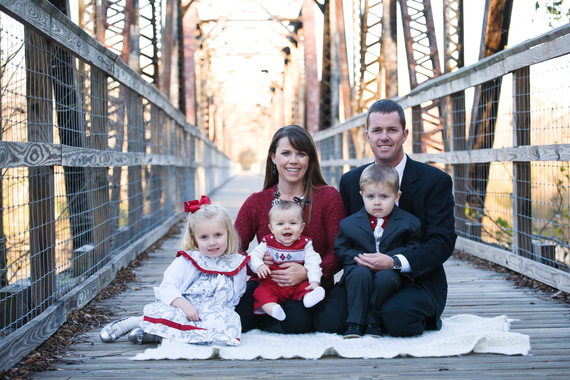 Read more from Ashford at beLIFEtween: From A to Z and Everything in Between
or follow her on Facebook