In all the media hype about the two candidates that casts them as boxers rather than politicians, few pundits mention that Bernie Sanders has helped Hillary Clinton enormously

He's made her a much better candidate.

Watching last night's debate, I thought she was stronger than she's ever been this primary season. That's thanks to having an opponent who's inspiring, draws huge crowds, brings new voters into the primaries, and has raised an issue that's been America's dirty secret for way too long: income inequality. 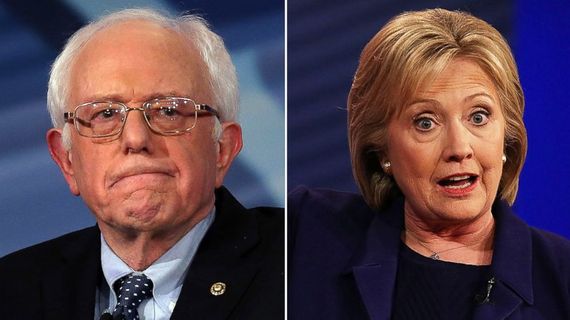 Clinton was poised, steady, confident, and rock solid in most of her answers, thanks to facing the fiery Vermonter. She often came off better than he did, in fact, because his tone wasn't modulated enough. At times he seemed almost strident, which was sad because it undercut what he was saying.

I voted for him in my state's primary and had a Bernie yard sign up almost a year ago, but he turned out to be a perfect foil for her in the debate, his querulous tone making her seem more presidential (and personable) than I'd ever imagined she could be.

He's pushed her to the left on more than one issue and there's no way she would be using the word "progressive" without Sanders running against her.

Yes, she's got the best résumé in the field, but if she gets the nomination and wins the Presidency, Bernie will have played an important part in her victory by helping her hone her skills as a debater. She's tougher and smoother now. That's one hell of a combination.

Lev Raphael is the author of the suspense novel Assault With a Deadly Lie and 24 other books in genres from memoir to historical fiction.