"In a startup, no business plan survives first contact with customers." - Steve Blank

It's becoming clear that lean startup practices are not just for young tech ventures anymore. Almost every large company understands that it needs to deal with ever-increasing external threats by continually innovating. To ensure their survival and growth, corporations need to keep inventing new business models. This challenge requires entirely new organizational structures and skills. The lean startup approach has arrived just in time to help existing companies deal with the forces of continual disruption with tactics to help them meet it head-on, innovate rapidly and transform business as we know it.

The lean startup framework and methodology was first proposed by Eric Ries. This framework and methodology is largely credited to the work and theories developed by Stanford professor, bestselling author and entrepreneur Steve Blank, who mentored Eric Ries. In 2012 the Harvard Business Review listed Blank as one of the "Masters of Innovation." The lean startup framework favors experimentation over elaborate planning, customer feedback over intuition, and iterative design over traditional "big design up front" development. Despite the methodology's name, in the long term some of its biggest payoffs may be gained by the large companies that embrace it, something that Blank discovered last year when he was asked by Harvard Business Review to write about how the lean startup would impact corporations. 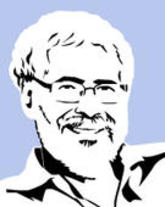 Blank discovered that the nature of the corporation had changed dramatically in the last 15 years. Every large company is dealing with "continuous disruption", so companies are now looking to startups to do continuous innovation. For the first time ever a number of large corporations are realizing that in order to survive, they need to innovate at a speed that they have never had to before. The real conundrum lies in the dilemma that the tools, strategies, policies and procedures needed to innovate are the antithesis of the execution tools that corporations have spent the last century building, something that Clayton Christensen articulated brilliantly in the Innovators Dilemma. "Everything that corporations do from the HR manual, to the comp plan for sales, to the branding guidelines puts a roadblock into innovation that startups don't face, and that's the irony. That's why startups move so fast," says Blank who believes that corporations can look to the tactics of lean startups to start to articulate what the actual tools are that they would use to solve this problem.

We are seeing some of these lean tactics being taken into large companies and Blank feels that the companies that master continuous innovation, like Amazon and Apple, by continuously coming out with process improvements, business model improvements or disruptive innovations will have a 30 or 50 year trajectory.

1. Sketch out your hypotheses - One of the critical differences between a startup and an existing corporation is that while existing companies execute a business model, startups look for one. This distinction is at the heart of the lean startup approach. It shapes the lean definition of a startup: a temporary organization designed to search for a repeatable and scalable business model. Rather than engaging in months of planning and research, entrepreneurs accept that all they have on day one is a series of untested hypotheses--basically, good guesses. So instead of writing an intricate business plan, founders summarize their hypotheses in a framework called a business model canvas.

"This evidence-based entrepreneurship is not just based on guessing, it's based on the fact that we are now talking to a ton of people," says Blank. When Blank teaches this lean process at Stanford, Columbia and NYU in a class which has also been adopted by the U.S. National Science Foundation Innovation Corps as an important foundation for technology transfer between the federal government and the private sector, students go out and talk to hundreds of customers in an incredibly short period of time, and they've basically tested hypotheses and validated or invalidated them and have a ton of data points about all the components of a business model canvas.

2. Listen to customers - Lean startups use a "get out of the building" approach called customer development to test their hypotheses. They go out and ask potential users, purchasers and partners for feedback on all elements of the business model, including product features, pricing, distribution channels and affordable customer acquisition strategies. The emphasis is on nimbleness and speed: New ventures rapidly assemble minimum viable products and immediately elicit customer feedback. Then, using customers' input to revise their assumptions, they start the cycle over again, testing redesigned offerings and making further small adjustments (iterations) or more substantive ones (pivots) to ideas that aren't working.

"Entrepreneurship isn't a career choice it's a passion and obsession." - Steve Blank

Blank says that when you get out of the building and talk to people, you will likely find that your initial hypotheses are wrong. "We now know that startups and new ventures go from failure to failure. What we want to do is make that failure learning and make a change to the business model canvas, which is called the pivot." A pivot is a substantive change to any component of the business model canvas, based on customer data and real evidence. Not one data point, but a bunch of experiments. The combination of talking to people (incremental prototypes) and iterative experiments (iterative prototypes), is called minimum viable products and there is not just one, there is a serious of them and they change over time.

"What matters is having forward momentum and a tight fact-based data/metrics feedback loop to help you quickly recognize and reverse any incorrect decisions. That's why startups are agile." - Steve Blank

In closing, Blank gives the following advice to corporations looking to utilize these lean startup tactics: "If I was in a corporate organization, I would really be thinking about not lean or any of this stuff. Those are just buzzwords. I would be thinking about what the competition looks like, asking if we have the infrastructure to be responsive and looking at how to apply those innovation tools from early-stage ventures."

You can watch the full interview with Steve Blank here. Please join me and Michael Krigsman every Friday at 3PM EST as we host CXOTalk - connecting with thought leaders and innovative executives who are pushing the boundaries within their companies and their fields.