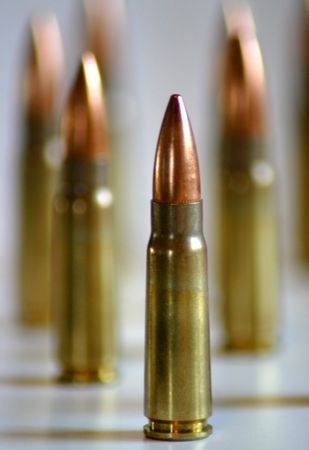 Communication as we know it has been pruned, cropped, repackaged and resold. Letters and phone calls have been overthrown by texts, emails and social media commentary. Bullet points have moved in and taken over all content remotely educational or informational. Those little black dots now pervade every type of format, from business plans to TV ads to blogs. They're short and sweet, easy on the eyes, and deliver good amounts of information with little reading effort. Perfect for those on the go, bullets let you do a quick skim and you've got the gist. In a world dominated by the convenience factor, bullets just make sense. They're nothing if not economical.

But what if sacrificing the element of story is doing you, the reader, a disservice? I, for one, would like to officially pledge my allegiance to the anti-bullet point army. Call me old-fashioned, but I'm from the camp that honors the architecture of a well-formed sentence. The team that feels a sense of satisfaction after reading a paragraph that the writer has taken his or her time for get just right. We die-hard grammar lovers understand the power that humor, character and emotional appeal has in eliciting a response from the reader, and acknowledge the fact that bullet points are a poor substitute for story.

In his piece "How PowerPoint is Killing Critical Thought" posted on The Guardian.com, author Andrew Smith claimed that, "Bullet point-ization of information is making us stupid and irresponsible", and that the tool is actually "destructive of, deep thought."

"Bullet points enforce a rigidly hierarchical authority, which has not necessarily been earned. One either accepts them in toto, or not at all. And by the time any faulty logic is identified, the screen has been replaced by a new one as the speaker breezes on, safe in the knowledge that yet another waits in the wings. With everyone focused on screens, no one -- least of all the speaker -- is internalizing the argument in a way that tests its strength."

In Communication Genius, 40 Insights from the Science of Communicating, author Tony Buon says, "Bullet points encourage sloppy and lazy writing. They are too generic, particularly when dealing with complex issues."

My disdain for bullet points arises, too, from the fact that they don't really do the job they're supposed to be doing. Since the perceived convenience of bullet points may actually be working against the writer, if his aim is to get the reader to remember, we may be better off without them. As was observed in the book The Strategy Pathfinder: Core Concepts and Live Cases, "Psychologists have established that lists are much harder to remember than stories... People mainly remember the first and last items on a list but not the rest of it. Also, lists enable 'selective memory' as people tend to select the individual points they like and focus on those, forgetting about the whole and the many integrated parts that make this up."

Then there's the famous 3M case study written by the company's founders, telling the tale of how Gordon Shaw had the "aha" moment upon realizing that the company's business plans "failed to reflect deep thought or inspire commitment." He pinned their bullet point-riddled pages as glorified to-do lists that "failed to explain the logic or rationale of winning in the marketplace" and identified them as a big part of 3M's lack of progress. As Mr. Shaw put it in his essay "Strategic Stories: How 3M is Rewriting Business Planning," "Bullet points leave critical relationships unspecified and subsequently, do not inspire thinking or commitment." Today, 3M team members instead craft business plans based off strategic narratives to "clarify the thinking behind their plans but also to capture the imagination and the excitement of the people in their organization." Right on.

3M's current story-intensive culture is often blamed for their ongoing success, and, as Mr. Shaw discovered, "When people locate themselves in these strategic stories, their sense of commitment and involvement is enhanced." Ultimately, that's what I'm aiming for as a writer -- to hook an uninvolved passer-by, to get them to imagine themselves in my story, whether it be a website or 30-second commercial. The bullet point cheapens the message, so I'll use them in a pinch, or if a client requests them, but they won't be my tool of choice, or my shortcut.

Shaw and partners also drew the line between the truncated format of bullets and their failure to contribute thought to a content-driven piece like a business plan: "Writing is thinking. Bullets allow us to skip the thinking step, genially tricking ourselves into supposing that we have planned when, in fact, we've only listed some good things to do. Bullet lists encourage us to be intellectually lazy." In my opinion, there's just no room for laziness in writing, not when every word counts.

As a final thought, I'll share the words of the decorated military personality Brigadier General McMaster, who in his assault of the Power Point presentation as an "internal threat," was quoted as saying this in regards to those little black points of contention: "It's dangerous because it can create the illusion of understanding and the illusion of control. Some problems are not bullet-izable."