In the 1970s, Pat Quinn made a name for himself as an outside agitator to state politics. He led an initiative to pass the "cutback amendment" in 1980 to punish lawmakers for voting themselves a 40 percent pay raise. As part of that protest, Quinn encouraged citizens to send tea bags to Gov. Jim Thompson. He was a tea party guy before there was a Tea Party.

Yet as Quinn left office, he handed out jobs and appointments in a style that smacked of insider-ism. His administration in its final year got into a patronage hiring scandal that was the epitome of insider manipulation.

Rauner can learn a lot from his predecessor. We suspect he'll be learning soon that it's hard to remain an outsider when you hold the state's highest office.

Meanwhile, the Illinois State Board of Education, now run by Rauner's chairman-designate, Rev. James Meeks, may have handed Rauner a lesson in campaign promises when it asked for a $730 million increase in its funding.

So many challenges and so much to learn. That's what we're talking about on this week's "Only in Illinois." Watch the video at Reboot Illinois. 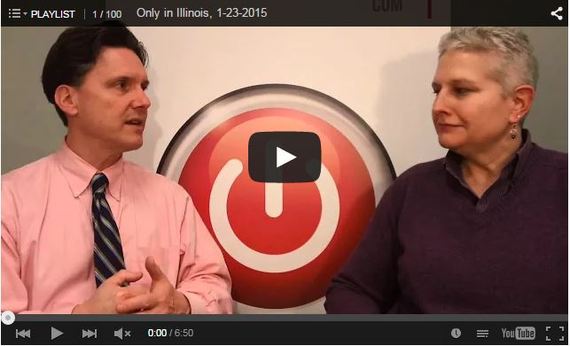 There are also a few outsiders trying to push back against insiders in the Chicago mayoral race. Candidates Mayor Rahm Emanuel, Ald. Bob Fioretti, businessman Willie Wilson, former gubernatorial candidate William "Dock" Walls and Cook County Board Commissioner Jesus "Chuy" Garcia met at the Chicago Tribune for a debate Jan. 27. We've got a rundown of the topics discussed and the disagreements that flew, including TIF money, schools and food deserts.

NEXT ARTICLE: How much did Bruce Rauner spend on TV advertising in the 2014 election?