This week Illinois saw some examples of technology moving faster than government's ability to define and regulate it.

In Chicago, the city budget added fees to ride-sharing companies like Uber and Lyft amid protests from traditional cab drivers, who say ride-share drivers are unfairly being allowed to put them out of business.

Also, two state lawmakers introduced a bill to define and regulate daily fantasy sports operations like DraftKings and FanDuel. If not for smartphones, neither of these industries would exist.

"The focus on the legislation is not to tax fantasy sports. It's such a new technology that we don't really know how to do it. Frankly I think it's a loser politically to tell people we're going to tax your fantasy sports. Everybody likes it, it's popular," said Rep. Mike Zalewski, D-Riverside, said in a press conference announcing the fantasy sports bill. "So my goal is to get the law on the books, make it a fair law, make it a comprehensive law and make sure that we protect players while making sure that people get to enjoy the games."

We discuss how Chicago and Illinois state government are trying to keep up with popular technology on this week's "Only in Illinois." 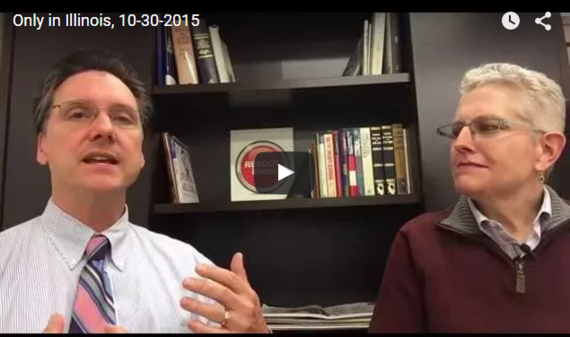 NEXT ARTICLE: Adding up Chicago's fuzzy math is a challenge and not just at city hall