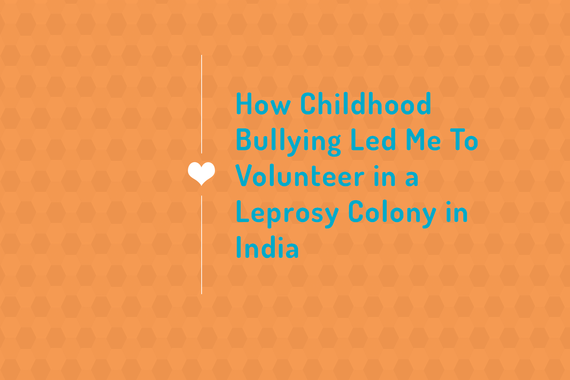 You must know what it feels like to not fit in, right?
If you've been through that awkward phase in life know as adolescence, you've most likely felt isolated at one time or another. I had a miserable time most of my high school years. My face was covered in acne, I was taller than most girls my age, and I loved learning and was smart--but not smart enough to be a geek, and definitely not cool enough to be popular.

Because I chose not to surround myself with drama, the "girl circle" was definitely out. I hated the backstabbing, the gossiping, and the vicious way they would treat girls who were "less than." So, I choose to hang with the boys. They didn't engage in any of the above behavior, and just as I was making great companionships with the guys, the high school girls turned on me even more, calling me a slut, whore, and boyfriend stealer.

In 1975, the Gandhi Leprosy Seva Sangh (Gandhi Leprosy Service Society) was formed by leprosy-infected migrants who fled their villages so they could start a new life in one of India's most prosperous and spiritually-grounded communities. Many of the elder members in this community left behind husbands and children decades ago, and they haven't seen them since.

Located in Ritanagar, this community of 400 people resides in an industrial slum area alongside the city's central sewage canal. Leprosy patients often come together and create their own communities where they can support one another, and attempt to survive in an unwelcoming and hostile social environment. Currently, there are more than 1,000 such leprosy communities spread throughout India. When I learned of this particular community in India, I knew it was time for me to travel there and be of service. Maybe my own feelings of being bullied played a part here. Or...maybe deep down inside...I just know that love and service is the answer to so many of the world's issues.

Christopher Lowman is the founder of Living Smile, an organization that has been working closely with this community for the past few years. Christopher has facilitated many developmental projects and educational programs. He has worked closely with the younger generations in getting them to become more interested in investing in their education, their futures, and improving the conditions within their own community.

In January 2016 I will be traveling to the Gandhi Leprosy Seva Sangh community to work daily with the adolescent girls. During my time there, I will be teaching the girls how to redefine their personal stories--with an emphasis on changing the story they have been handed due to societal stigma and shame. Education, leadership, and shifting the mindset are aspects I will focus on through daily journal writing. I'm looking very forward to meeting Christopher, our translator and co-teacher, Rakhi, and all the young girls in this community.