I can't remember the last time I went out to dinner and saw a movie with a friend.

I used to do this all the time. It'd be my typical excursion on a Saturday night: stuff my face with Five Guys and go see the latest scary movie that everyone was raving about with one of my BFFs. But I hardly do that anymore.

For most single gay males, the clubbing scene is an integral part of their social existence, but for me it has become the bane of my existence.

For the past year, going out to bars and clubs has become my new pastime. In many ways clubs are great; they can help you meet new people and give you the opportunity to dance and let loose. But they have a dark side, too. And unfortunately, I've succumbed to it way more than I'd like to admit.

After some self-reflection, I've realized that I go clubbing for all the wrong reasons, the main one being to meet other guys for romance. After months of doing this with very little success, I can confidently say that alcohol and grinding is not the way to find a well-matched suitor. With a few exceptions where I truly had a good time, the only things clubs have offered me are excess pounds, bad hangovers, and, most of all, damaged self-esteem.

Confidence has always been something I've struggled with and for a while I thought going to clubs would remedy that.

The first few times I went clubbing were the best ones. It was a lot to take in and I felt like a kid in a candy store--I had never been in a place with so many people to meet at the same time, and the opportunities seemed endless. I usually did find people to dance with, but for some reason the more I went the worse I felt about myself. 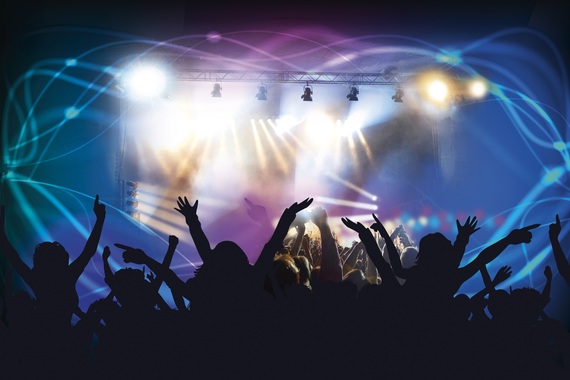 And just when I thought I had hit rock bottom, I reached an even lower point when some of the clubs I attended held competitions in which the winner earns hundreds of dollars for having the most chiseled body. I think these contests instill the wrong values--and I can imagine that they also make many guys at these venues feel bad about themselves, myself included.

Maybe gay clubs are particularly bad, but I'm sure many people at straight clubs can also relate to the feelings of inadequacy and intimidation that come with seeing a lot of attractive people all together in one place. At both gay and straight clubs, too many encounters are based on looks alone; the most attractive people tend to gravitate toward each other while the rest get lost in the shuffle.

The superficiality of the club scene has also gotten old. I rarely go beyond exchanging "pleasantries," dancing and sometimes sharing phone numbers. I've met a few nice guys at clubs, but we've rarely seen each other again afterwards. There was no common interest binding us together. For some people that's fine, but I realize that I want something deeper, and I want the guys I meet to also want something deeper. I won't lie--physical attraction is important to me, but it only goes so far.

I now realize that other types of venues offer better opportunities to meet new people, both friends and partners, and forge a connection with them that extends beyond looks: joining sports groups and clubs focused on academic interests and hobbies and even going to certain bars that are more conducive to meaningful conversation, to name a few.

More than anything, though, I've paid dearly in opportunity costs for all the clubbing I've done. Time clubbing is time I could spend with friends. I do often bring some friends with me to clubs, but I don't spend quality time with them there. And as awful as it sounds, I mostly treat them as a security blanket in case the night goes badly.

Recently, after realizing that I'm not going to get different results from doing the same thing over and over, I've started going out more often with old friends and doing what I used to before clubbing took over my life--taking long walks in old city neighborhoods, enjoying intimate conversations over dessert--and doing this made me realize how much I miss it.

Although these calmer outings with friends might seem boring at times compared to the excitement that most clubs bring, this high is short-lived and the next day reality smacks you in the face. And I'd rather be in a reality where I cherish the time I spend with my true friends than in one where I see a bunch of nameless contacts on my phone from the night before.

When it comes down to it, the friends that you have for life are the ones that matter, and knowing that I've been a good friend makes me feel better about myself than avid club-going ever will.

I'm an extrovert and I constantly crave social interaction. And I'm not saying that I'll never go clubbing again. I will, but just more sparingly. These experiences at clubs haven't added much value at all to my life, except for teaching me these lessons. But they were definitely important ones to learn, and I'm glad I learned them now and not later in my 20s.

So the next time you have an opportunity to do something with friends, maybe opt for something that doesn't include flashing strobe lights and alcohol-stained floors. I know that's what I'm going to do.

Recent graduate of The University of Pennsylvania, currently living in DC.