Coffee production worldwide accounts for over 30 million acres of land use -- roughly the size of England -- giving the coffee industry a lot of space to either harm or benefit the environment. And for too long, coffee producers unknowingly chose the path of harm, using conventional agricultural practices, like clear-cutting and over-use of chemicals and fertilizers, to name just a few, that damaged water quality, ecosystems and biodiversity, long-term fertility of the land, and the quality of life for those working and living on or around the farms.

The amount of land cultivated with coffee and the sheer number of people working in the industry around the globe -- all within developing countries in the tropic band -- have provided roasters and consumers of this simple beverage with an opportunity many products can't boast of -- the ability to affect real, positive change in sometimes forgotten parts of the world. The Rainforest Alliance is one of many organizations that have realized this opportunity and embraced it. Since 1992, they have been working to educate farmers on a better way of doing things to the benefit of the producers themselves, their workers, and the environment alike, helping to change the way coffee is grown, undeniably for the better. And while their beginnings were rooted in land conservation and bio-diversity, the swift proliferation of their approach to focus on social, economic, and general sustainability issues, allowed the group to evolve from its environmental niche to one that addresses a wide variety of producer concerns -- while subsequently, and incidentally, improving the quality of their coffee as well. 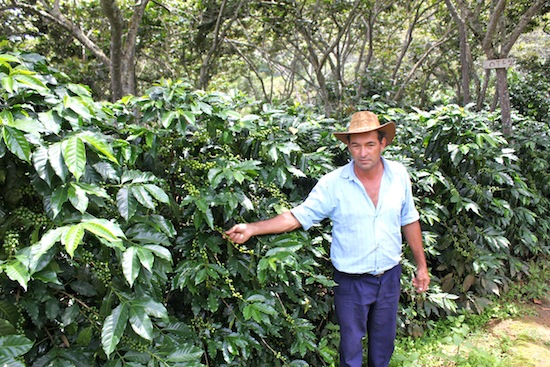 I've had the chance to visit a great many coffee farms over the past eight years, and Rainforest Alliance Certified farms never fail to impress on all key aspects that I look for in a potential partner -- cleanliness, organization, respect for workers, regard for the ecosystem, and the quality and consistency of the coffee itself. It stands to reason that this is directly attributable to the Rainforest Alliance's holistic approach to sustainability, with strategies that address environmental, social, and economic issues, paired with the whole-hearted buy-in producers have to the program, which clearly works to their benefit. And while some farms would be better suited to focus on a single issue that is most deeply affecting them, the Rainforest Alliance's all-encompassing methodology has proven itself to actually be effective for most farms, with environmental stewardship creating better economic results, social programs creating more efficient work, and so on. 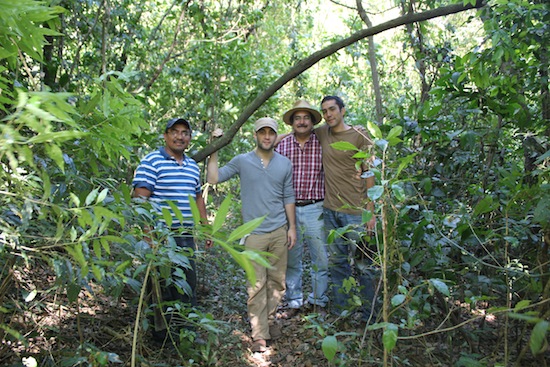 The Rainforest Alliance's approach includes social programs for farm workers and growing practices that result in a higher quality of coffee that allow producers to increase the price they receive for their harvest. Some of the social programs incorporated into certification include a wide range of items such as protection of a farm's workers to organize, meeting minimum-wage requirements, mandatory access to education provided for children of workers, respectable living quarters, and access to clean water, to name a few.

Another key aspect of Rainforest Alliance certification is the shade requirements, which have repercussions throughout several areas of the farm's success. Coffee grown under shade generally tastes better. Shade, like altitude, means less direct sunlight over the course of the coffee's development, lengthening the maturation time of a the cherry and allowing sweeter, more acidic flavour to develop -- characteristics commonly considered by coffee buyers to be advantageous to the overall cup quality. Rainforest Alliance farms in regions of natural forest must maintain at least 40 percent shade cover, though most that I've seen are double that (farms without natural forest must keep a minimum of 30 percent of their land as a conservation area). The benefits of the shade requirements are three-fold -- the creation of carbon sinks where clear-cutting may have otherwise occurred, more stable eco-systems and soil conditions, and high quality coffee, which is inevitably sold for above average prices. 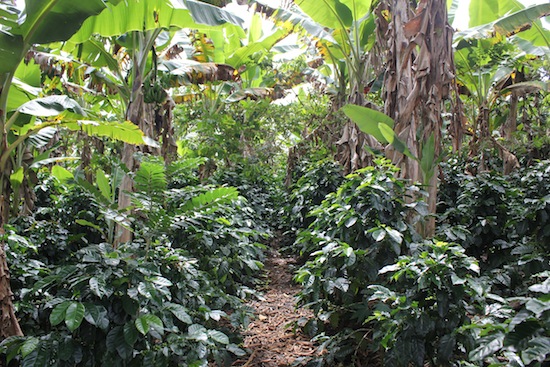 Because coffee farms around the world vary in geography, soil conditions, altitudes, topography, labor, processes, and other qualities, there is no one-size-fits-all solution to make coffee more sustainable. But, with its relatively low initial cost (producers only pay for the certification audit fee, most if not all of which is returned in the premium they can charge for their coffee), holistic approach to all aspects of the sustainability equation, easily-understood message of conserving bio-diversity and ensuring sustainable livelihoods for its workers, and the high quality of coffee that often comes from certified farms, Rainforest Alliance certification, may well be the closest thing coffee has to a set of standards that could work for all farmers. 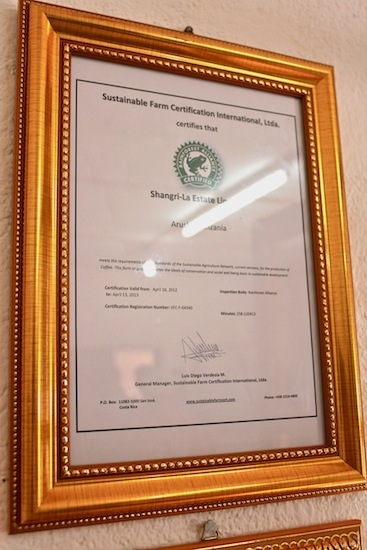 For now, only 4.7 percent of coffee grown around the world is grown on Rainforest Alliance Certified farms -- which is up 45 percent from 2011. So the proof is in the numbers -- farmers have seen the system work for others and are beginning to adopt it on a wider scale for themselves. And since sustainability is not only a moral imperative for the coffee industry, but a functional one as well, the goal must be to get more money into the hands of the producers. Meeting the standards for Rainforest Alliance Certification is just one way farmers can better their chances of achieving this.

With the percentage of Rainforest Alliance Certified farms on the rise year over year, there will hopefully be an increase in essentially creating the Triple-P (people, planet, profit) bottom line that so many of us revere as the best way to move the coffee industry forward for producers, consumers, and the environment.