There's a way that things used to work in the television animation universe. First a new show would go on the air. Then viewers would sample a few episodes and decide if they actually liked a program. If that were the case, then the fan base for this new animated series would slowly build over time.

Well, things move a lot faster these days. Take -- for example -- Disney XD's Star vs. The Forces of Evil. The new animated series doesn't actually go on the air 'til January of next year. But thanks to a canny bit of promotion at Comic-Con this past July, the Mouse finds that it may already have a hit on its hands.

"Disney ran the title sequence for Star vs. The Forces of Evil ahead of each of the television animation panels it presented at Comic-Con this year. And a bunch of people taped that title sequence. Which is how that footage wound up on YouTube. And ever since then, we've been getting tons of fan art," said Daron Nefcy, the creator and executive producer of this new Disney XD series. "I mean, there's fan fiction already. There's people doing costumes. And some folks are already figuring things out about the show just from listening to the Star theme song. It's super-cool. I'm totally blown away by how dedicated the fan base is already. Especially since they really haven't see our show yet."

Well, I've seen the first episode of Disney XD's Star vs. The Forces of Evil. And those who fell in love with this new animated series just off of what they saw of its title sequence were wise to do so. For Star puts a wildly original -- not to mention uproariously funny spin -- on the whole female empowerment genre.

According to the official Disney XD press release: 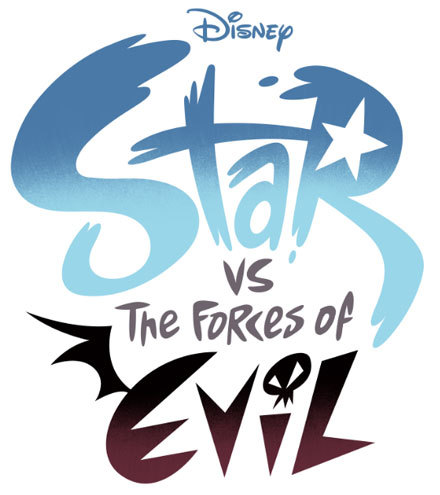 Star vs. The Forces of Evil is an animated comedy adventure that follows fun-loving magical teen princess, Star Butterfly. Who -- after a few bold skirmishes with other-worldly monsters -- is sent by her Royal Parents to live with the Diaz family on Earth, bringing along her own unique inter-dimensional style to her new planet. With the Diaz's teenage son Marco by her side, this foreign exchange student from another dimension embarks on new adventures battling evil villains throughout the multiverse and in high school, all in an effort to protect her powerful magic wand which she is still figuring out how to use.

Which -- you have to admit -- sounds pretty cool. But according to Ms. Nefcy, Star is more than just some animated series. It's an actual passion project. Something that Daron has been getting ready to do since she was just 9 years old.

"This is a goal that I've had since I was a fourth grader. Back in the fourth grade, I was kind of telling everybody that I wanted to do an animated show," Nefcy recalled. "And I was always making comics. Writing. And then in high school, a friend and I wrote this whole series of scripts for a cartoon show that we were pretending to make. So I feel like this TV show is something that I've been working toward for years."

Which isn't to say that Star vs. The Forces of Evil was a slam dunk straight out of the box. It took Daron quite a while to fine tune the overall concept of this new animated series.

"This show's really had a long road. I actually started pitching Star when I was still a junior in college. Mind you, the character of Star was always the same. But the show kept evolving and evolving," Nefcy explained. "So by the time I got to Disney, I wound up making her a bit of an older character. And then the whole different dimensions thing took place. I think the world of Star vs. The Forces of Evil would up being so complicated because this show has been on my mind for -- oh, I don't know -- maybe six years or something? So it's really evolved in that way." 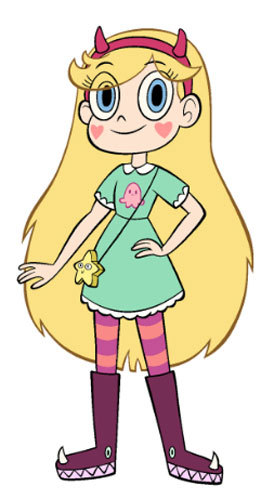 So what ultimately helped Daron shape Star? Again, it all circles back to the sort of stuff that Nefcy loved back when she was in the fourth grade.

"Back then, I was definitely a Sailor Moon fan, an anime fan. But as I grew older, I became a big fan of a lot of indie comics. Scott Pilgrim, I loved a lot. The Dungeon series was a lot of fun too," Daron enthused. "What's really cool about this show is that I get to mix a lot of influences that I really like together. To kind of do the show that I always wanted to see on TV. Then -- of course -- there's my great production team, who've put a lot of themselves into 'Star' as well."

Nefcy is quick to praise the folks at Mercury Filmworks in Ottawa, Canada. They're the ones who actually animate Star vs. The Forces of Evil while all of the storyboarding and design work for this new Disney Television Animation produced series is done down in LA.

"Mercury's fantastic. They're doing a lot of Disney shows these days. Wander Over Yonder. Plus those new Mickey Mouse shorts," Daron continued. "But then again, the storyboards that we send them are super-detailed. I really lucked out here. I've got a great team of people here in LA who are super-excited about this show, who have just been boarding the heck out of these episodes. So I think that Mercury's got a really great map and they're excellent animators. So they're really taking the ball and running with it."

Which brings us back to all of those Star vs. The Forces of Evil fans who have spent the past three months trying to teach themselves how to properly draw Star Butterfly by pausing those grainy videos that some kind Comic-Con fan posted on YouTube. For fans who just can't wait any longer, here's an official tutorial on how to draw Star from Nefcy herself.

And while Daron is pleased that all of those super-passionate animation fans will now know how to properly draw Star Butterfly, it still bugs her that these people will still have to wait 'til January to hear how great Eden Sher (aka Sue Heck from ABC's hit sitcom The Middle) is as the voice of this character.

"Eden is fantastic. We had a lot of really excellent actresses come in and read for this part. But none of them felt right. And Eden was one of the very last people that Disney brought in for me to see. And she just nailed it. She was totally perfect for this character," Nefcy remembered. "And then it was fun, because when we brought her back in, I knew that I had made the right choice hiring Eden because she came in all bouncy. And she was talking a mile-a-minute, 'Oh my God! I'm so excited! You know, I tried out. And then I didn't hear anything. And then I got the call that I got the part! And now I'm here!' So I was like 'That was perfect. You're so Star. I should have recorded that for the show.' "

Well, if you can wait 'til January, you can then see (and hear) how the character that Daron drew and the one that Eden voices are a perfect match when Star vs. The Forces of Evil debuts on Disney XD.