How did Earth's continents form? That's one of geoscience's deepest mysteries, but now researchers may be a big step closer to solving it -- after gaining a new understanding of the process that creates the continental crust, which makes up the land masses on which we live.

Scientists used to think that the thick and buoyant continental crust continually "recycles" itself, with giant slabs of the crust occasionally sinking beneath each other only to rise again and repeat the dance, building land masses.

Recycling reconsidered. A new study indicates, however, that some parts of Earth's continents aren't recycled at all. Instead, the research suggests that new continental crust results from the melting of oceanic crust (found beneath Earth's oceans).

"We've provided new evidence that will help us reveal a major unknown in the evolution of our planet," Dr. Esteban Gazel, an assistant professor of geology at Virginia Tech's College of Science and the study's lead author, told The Huffington Post in an email.

A surprising find. The researchers originally set out simply to reconstruct the evolution of the continental crust in Costa Rica and Panama, but they noticed something perplexing: geochemical and geophysical data indicated that the so-called Central American land bridge that connects North and South America became a new area of continental crust in the last 10 million years -- which is pretty young since our planet's continental mass emerged more than 2.5 billion years ago.

To better understand why the land bridge is so young, the researchers analyzed a global survey of volcanoes that have formed where two slabs of Earth's oceanic crust collided in so-called subduction zones -- after all, according to the researchers, Costa Rica and Panama originated from similar oceanic crust rendezvous. 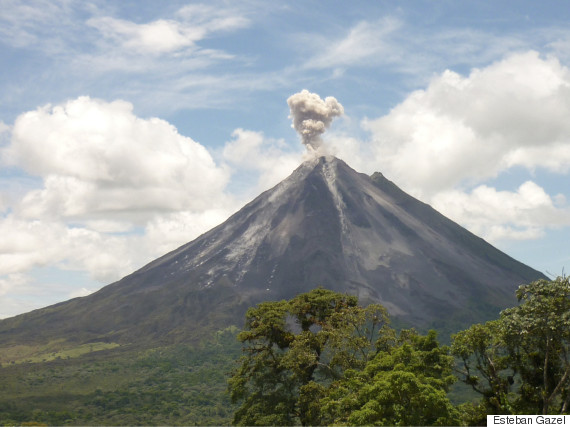 Arenal Volcano in Costa Rica, which is actively producing lava that is chemically similar to the continental crust.

The 'key ingredient.' The analysis revealed that when one slab of oceanic crust sinks below another and plunges into the layer of Earth called the mantle, it can heat and melt -- if the conditions are right.

The researchers concluded that, although the formation of continents may involve many processes, melting oceanic crust in a subduction zone can indeed produce "juvenile" continental crust. For instance, the melting of oceanic crust originally produced what today are the Galapagos Islands, according to the researchers. 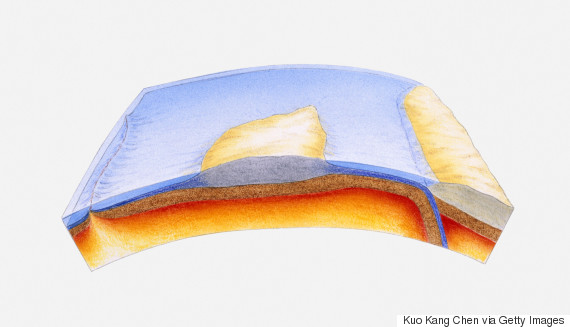 "We, in agreement with some previous studies, propose that it is the actual melting of the subducting oceanic crust that is the 'key ingredient' to produce continental crust," Gazel said in the email. "This new finding shows that 'juvenile' continental crust is constantly being produced rather than recycled from older material."

The study was published online in the journal Nature Geoscience on March 31, 2015.