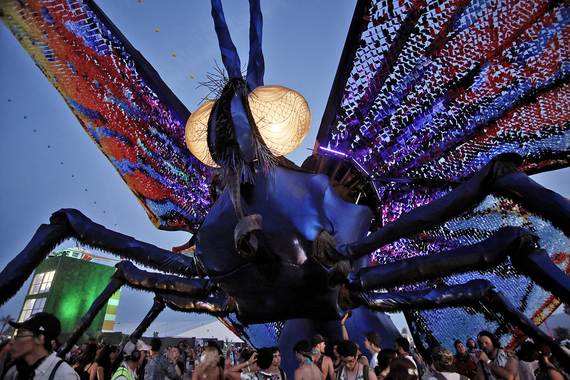 Coachella Music Festival kicked off another round of it's 2015 edition with a new array of art pieces that brought alive the Empire Polo Fields once again in Indio, California. With new art pieces roving the grounds among the teaming lots of adoring fans, Coachella stayed true in transforming it's day experience into night that makes it unique among music festivals. 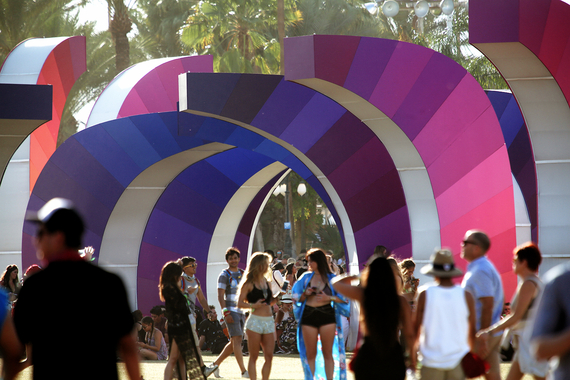 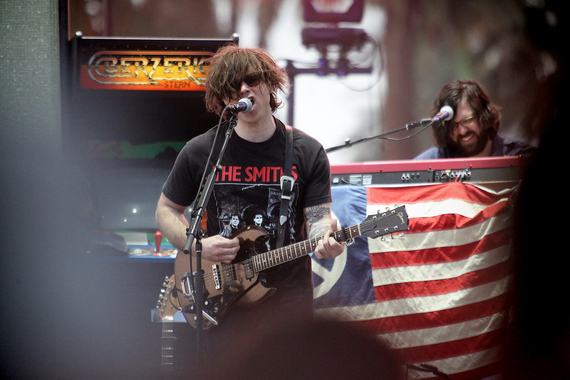 In my annual survey of capturing the latest art pieces, there wasn't anything as imposing as last years 36' tall "Escape Velocity" by Poetic Kinetics, an astronaut behemoth that traversed live music's adoring fans throughout the festival, but was replaced this year by a 4-story interactive building of human performing hippos that were "orchestrated to confuse and befuddle." What they refer to as their largest installation ever, Derek Doublin and Vanessa Bonet, created The Corporate Headquarters (TCH) to bewilder its audience and amuse. 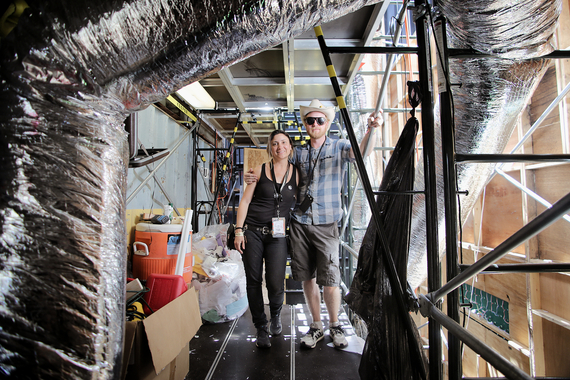 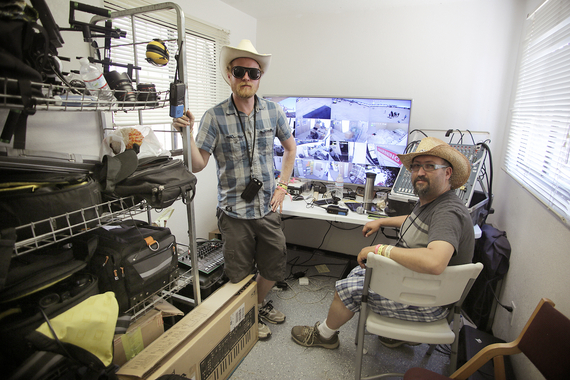 Backstage at The Corporate Headquarters. Photo by EMS. 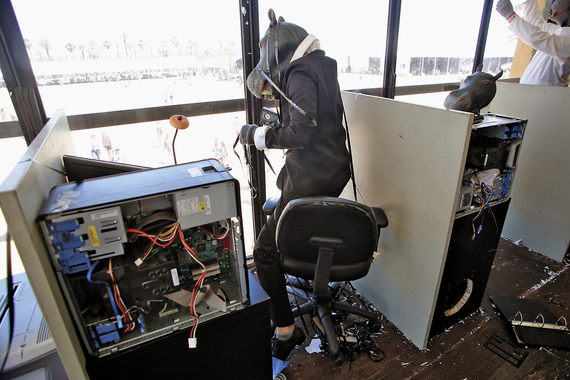 Doublin and Bonet gave me a full access view of how TCH worked. I had to climb up narrow stairs and tiny platforms backstage to experience the individual stages where corporate-dressed hippos performed acts of hysteria and lunacy. Large windows gave the Coachella onlookers clear views into the chaos, which included a languid life size helicopter on the roof with a moving rotor. Furthermore, I was allowed to film and photograph the hippos during their live performance. You can see the short film I did below. 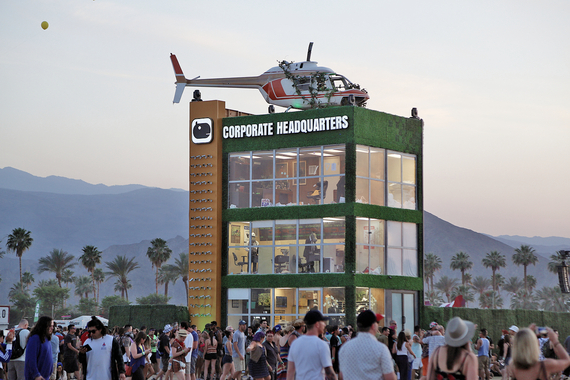 The Corporate Headquarters. Photo by EMS. 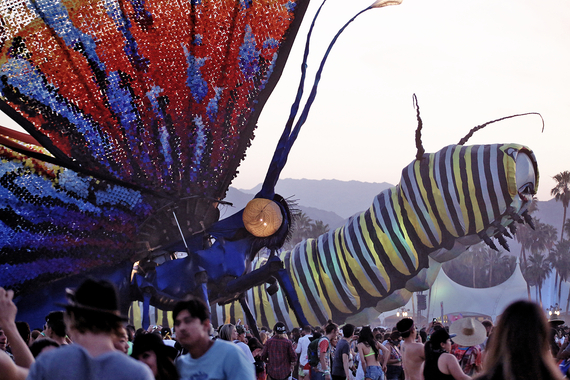 Coachella Caterpillar and the Coachella Butterfly by Poetic Kinetics. Photo by EMS. 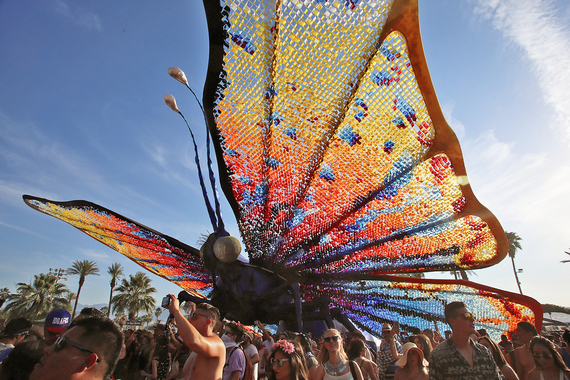 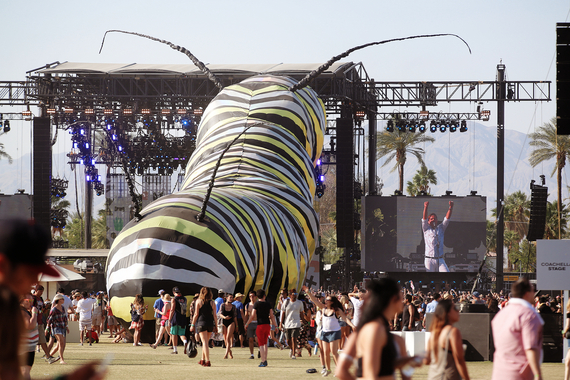 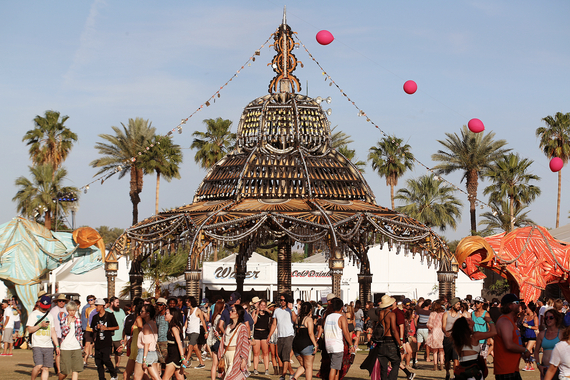 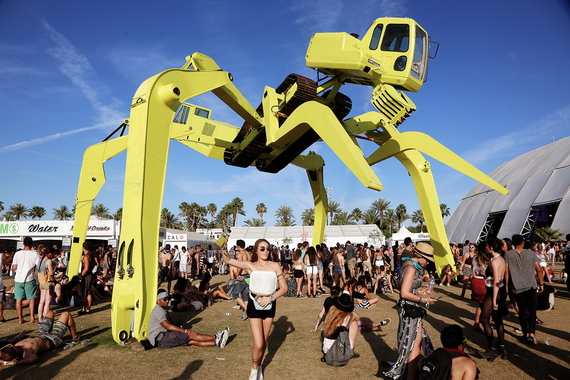 Inert art experiences offered festival-goers a place to chill out and relax and find refuge from the sun. These also transformed into futuristic light experiences at sunset. Here you can see the survey of pictures I took while I was there including a short film I did on the art. 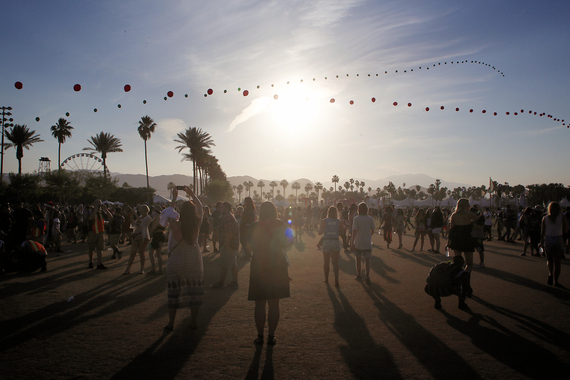 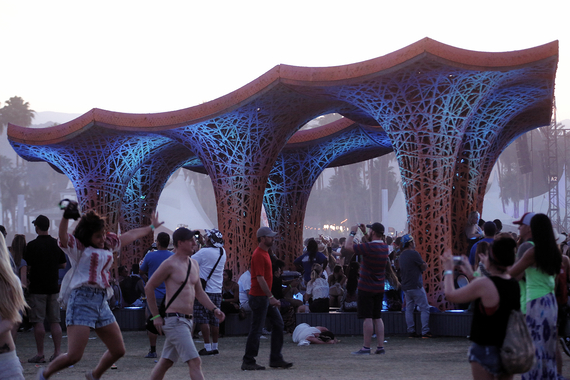 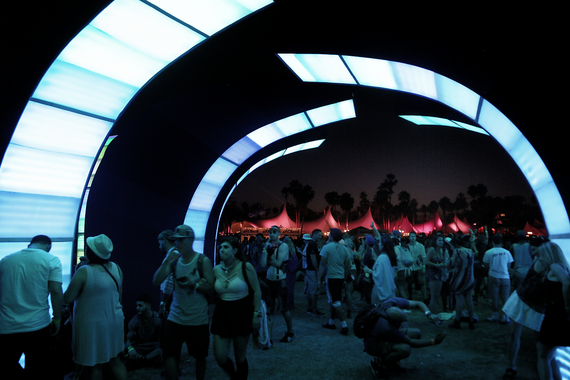 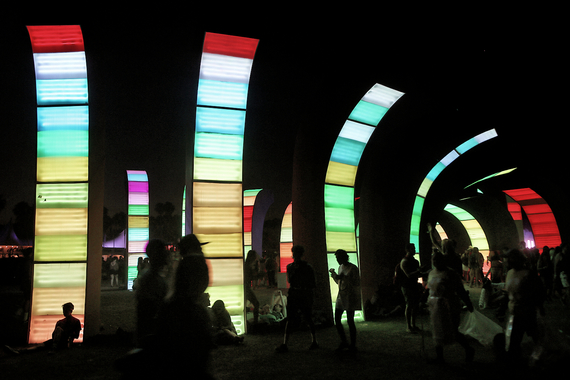 Check out this short film I put together featuring the art at Coachella Music Festival.

This article is part of an ongoing photojournalism survey of art exhibition openings titled EMS N(art)rative. Through my lens I document a photographic essay or visual "N(art)rative" that captures the happenings, personalities, collectors, gallerists, artists and the art itself; all elements that form the richly varied and textured fabric of the SoCal art world. This reconnaissance offers a unique view for serious art world players to obtain news and information on the current pulse of what's in the now, yet capturing timeless indelible images for posterity and legacy. Here is EMS N(art)rative Twenty-One.