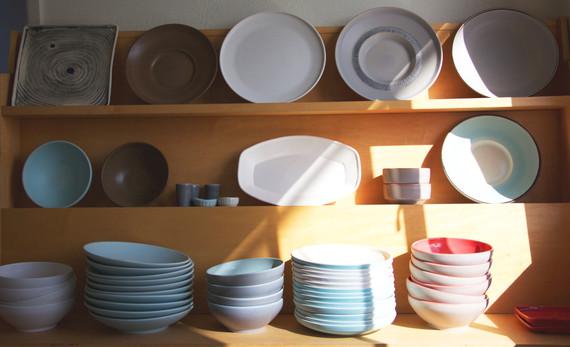 Walk into the studio of Jered's Pottery, in Richmond, California, and the first dishes you'll see are from the brand's most successful collection, the California Line. The pieces are distinguished by clean lines, natural hues and shadows, and a subtle nod to the modern aesthetic of the Golden State -- and they are all handmade from California clay.

As potter Jered Nelson explains, the California Line is inspired by the best work he has created specially for some of the nation's top chefs and restaurants, including Michael Mina, Daniel Patterson and Michael Chiarello. 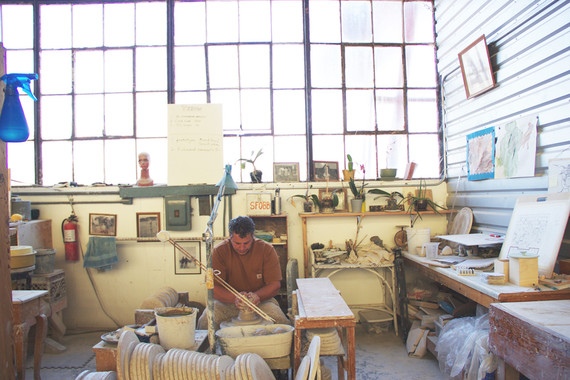 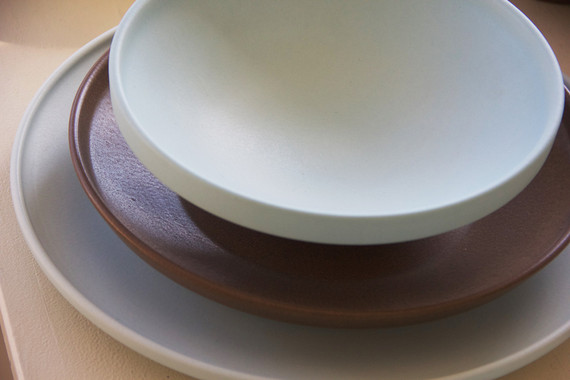 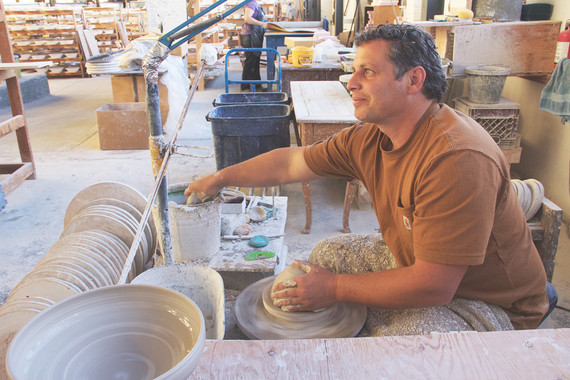 "Chefs' approaches involve a wider community now: farmers, fishermen, craftspeople," he says. "They love being able to connect with somebody and get something that is unique to the restaurant, unique to their dishes."

Over the past few years, acclaimed restaurants have given up ubiquitous shiny, white ceramics in favor of custom handmade pieces you can't find anywhere else. Working with artisans like Jered, they put as much careful thought and consideration into the plates, platters and bowls their food is served on as they do into the food itself.

"I try not to compete with the food, but to lift it," Jered says. Here's how he works with chefs to create beautiful, one-of-a-kind pieces to showcase their signature dishes. 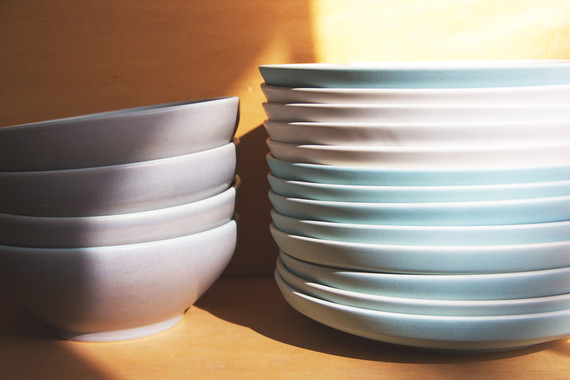 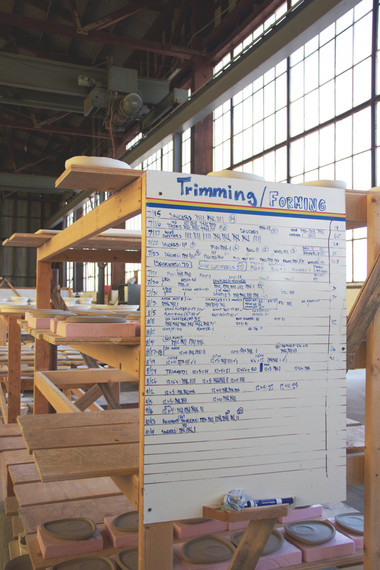 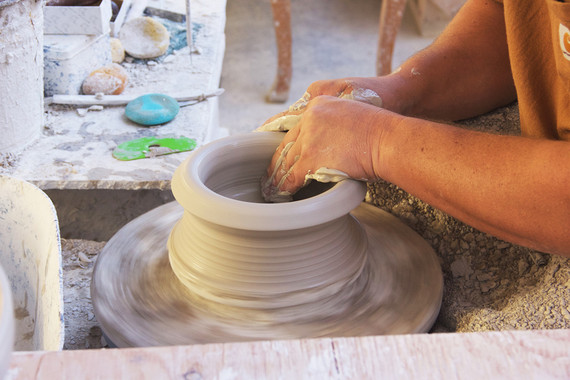 The first restaurant Jered collaborated with in California was Michael Mina's flagship. Early on, he would provide samples to a designer and receive feedback from the chefs through the designer.

Then, the chefs started coming in themselves. Chefs at other restaurants saw Jered's name on the back of the plates in Michael Mina's restaurants and began approaching him for a partnership.

"When I could start working with chefs, it became much more interesting to me. I didn't realize they want to be involved in everything -- they're artists, they have a vision."

When it comes to collaboration, every chef works differently. Sometimes they will share drawings of the restaurant and descriptions of sample dishes, and it's up to Jered to decide what pieces will work. Other times, they specify the sizes and colors they are looking for. But they all give Jered plenty of creative control to push the boundaries.

Take, for example, Michael Chiarello, who came to Jered to design pieces for his Spanish concept Coqueta. He asked for plates with graphics or drawings that would reflect the culture and cuisine of Spain, but Jered suggested creating the images via texture, using the same color, similar to a relief. The result is truly distinctive. 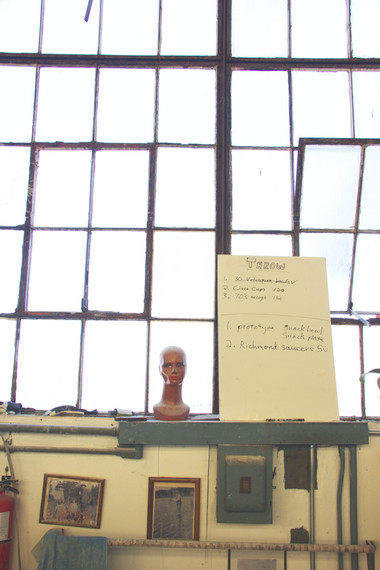 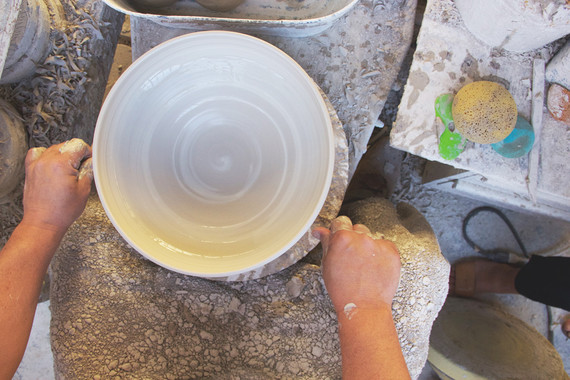 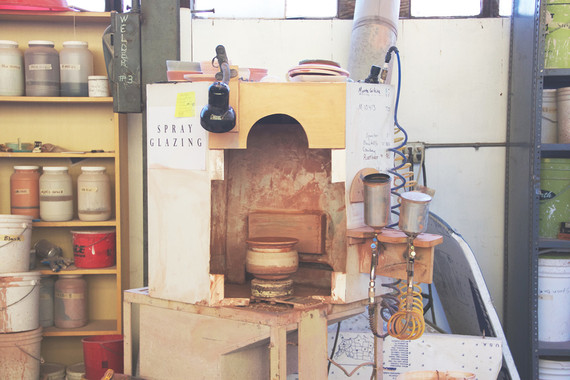 When Jered first started working with chefs, they didn't know what to expect from a potter. They just asked for handmade versions of the industry pieces they typically used. Soon, they realized that with Jered, they weren't bound by those restrictions at all -- they could do all kinds of things.

"You go into restaurants now and you'll see pieces that you will not find anywhere else on the planet," says Jered. "The customer knows that bowl from this place, that dish from this place, and they will never see that again unless they go back. It's actually the building of a living culture."

Jered created a piece for a mussel dish at Michael Mina, a bowl with a second bowl over the top, which could be used to discard the shells. But the design was even more functional than that: the top bowl also kept the aroma of the mussel broth contained, so that it didn't dissipate before the dish came to the table. The design of the vessel actually enhanced the guest's experience of the dish.

Special designs like these are what inspire Jered most and allow him to spend more time creating (and less time selling).

Continue reading "How Custom Handmade Pottery Became Part of the Restaurant Experience" on Open for Business. 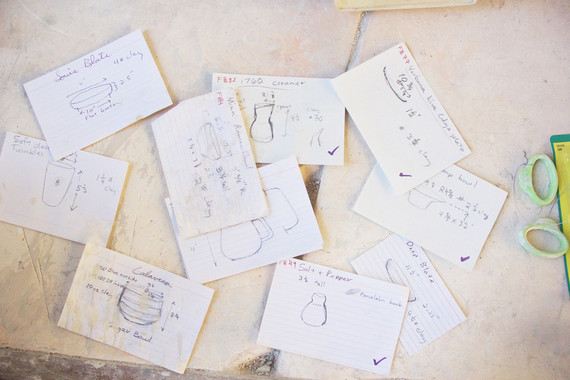 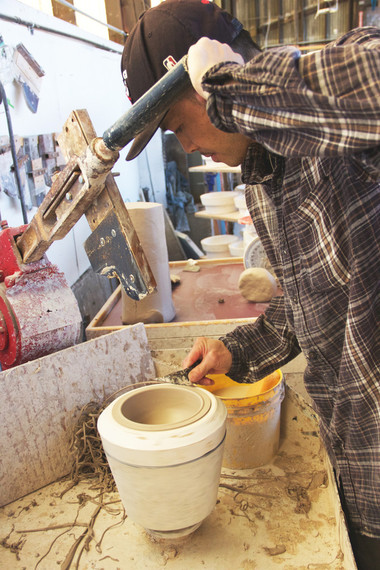 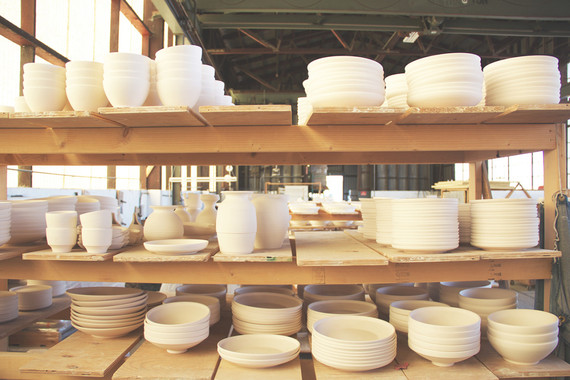