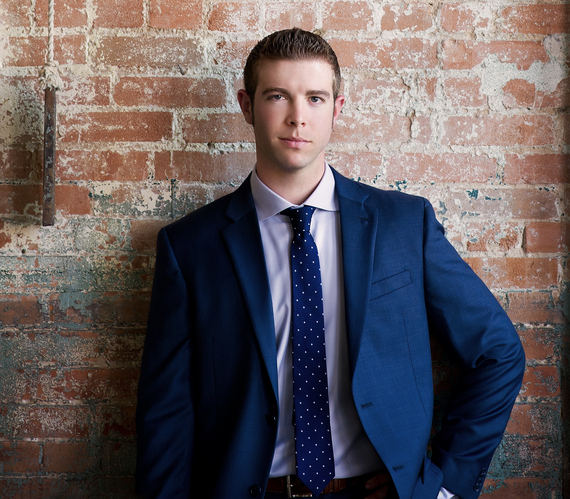 Dan Franks knew 24 hours into his first Kickstarter campaign that they were on to something.

Franks and a couple of co-founders had decided to hold a Kickstarter campaign to raise funds for the first national podcasting conference in the U.S., Podcast Movement.

Within the first 24 hours, Podcast Movement had met its funding goal, and it went on to raise three times its original goal. The first conference was held this past August and the second annual conference is set for next summer.

In his day job, Dan is a CPA who specializes in tax planning and consulting for small business owners and online entrepreneurs. He's also an avid podcaster who currently co-hosts a life and entertainment show out of Dallas, Men Seeking Tomahawks, and has created an online training academy for podcasters, PodMov.com.

I recently asked Franks to share some of his thoughts regarding podcasting and how relationships he developed have contributed to the success of the conference.

Full disclosure: Dan is a past client of my law firm, but the story of the success of Podcast Movement (which I have no financial interest in) merited a feature on it here.

Corcoran: You recently helped launch the first national podcasting conference in the US (Podcast Movement 2014), which started with a Kickstarter campaign. Tell us about the Kickstarter campaign that launched it all and why you think it was successful.

Franks: The whole idea really came about when my partners and I saw a void in the "event space" for a large scale event that catered to current, and potentially future, podcasters. Our immediate inclination was to jump on the idea and run with it, because it seemed so obvious to us that it would be a success.

However we really racked our brains for a way to validate this idea without putting much money on the line. At the same time, we wanted to do it in a way that if it worked out, it would still be ours.

This is why when we narrowed down our options, crowdfunding ended up making the most sense. We were able to spread the word to a wide audience, clearly express our plans and our vision, both while getting the initial funding and support to get the project started.

We chose Kickstarter as our platform based on it being the most mainstream of the different options at that time. We knew that as individual founders, we did not have the credibility needed to just ask people for money and expect them to supply it. If we built our platform on an already established one like Kickstarter, it would help clear that hurdle.

We saw the Kickstarter campaign as a win-win way to prove our concept. We decided that the basic idea behind the campaign would be for all monetary pledges to be pre-sales of tickets.

We had different levels of in person and virtual ticket options, and practiced traditional crowdfunding techniques such as limited supply rewards and stretch goals. Our target goal in terms of pledged money was $11,000, which represented our calculated cost of a bare bones conference.

If the campaign failed, we had very little invested monetarily, and no one who had pledged money would have to pay up. If the campaign succeeded, we'd have the money we needed to produce, at the very least, a lean conference that would be a great first year start.

The response was tremendous. We met our target goal of $11,000 within the first 24 hours, and over the next 30 days we more than tripled that amount.

It was not just exciting for us because the money being made was so much more than had originally asked for, but most of all was exciting because we quickly realized that the idea we had come up with was something that so many people saw so much value in.

Corcoran: Putting on a conference of this scope takes a village, so to speak. What did you learn from coordinating so many people, speakers, and attendees in organizing this event?

Franks: The first thing that immediately comes to mind is that the generosity of the community, both attendees and speakers, was a huge key to our success. Since we did launch the idea via Kickstarter, we needed some big time firepower to help get us off of the ground.

We were able to leverage existing relationships with some of the top podcasters in the world to convince them to put their necks on the line with us. The fact that they believed in what we were doing enough to risk their names to help out was huge.

Them, together with the eventual attendees whose monetary support made it all possible, we could not have done it without.

Corcoran: Finding interesting people to interview is a key component of developing a successful podcast. What advice do you have for getting well known and busy guests to come on your show?

Franks:
It's incredibly difficult to get the guests that not only are well known, but who will also help you stand out. There is a clear three way division in what I call the "guest pool," regardless of the niche of the specific podcast. You have:
The first section of the pool will give you great namepower in the show headlines, but they are probably on all of the other shows as well, so you are going to have a hard time setting yourself apart.

The second section of potential guests will be much more difficult to secure. For this reason, they will certainly go a long way in making your show stand out. However it will be difficult to be consistent if this is the only type of guest your show is built on.

The third section are the guests that, to your average listener, are just some Joes off the street who do not have recognizable faces or names. To me, though, the ability of a host to find the Joes who are interesting and captivating, and then turn them into "well known guests", is where the real gold lies.

So your original question was what advice I had for getting the well known guests. I think my answer, though, is to strive to become someone who at times does feature the bigger names, but who makes their mark as someone doing something unique and their own.

Corcoran: Between your day job and side pursuits you have undoubtedly grown a sizeable personal network. What advice do you have regarding leveraging existing relationships in order to help grow your business?

Franks: As someone who spends most of my time away from my day job in the "online business" space, I've found it incredible that almost all of my most valuable relationships are with people that I've met, and spent time with, offline.

Many of the people who helped make the conference possible are podcasters who I first connected with online, but later met in person at networking events or other conferences. There is still something about personal connection that makes your relationship and loyalty something that just an email can never do.

So my advice is to get out and meet people. I've learned that you can make a stronger connection with someone in a day when you spend time with them in person, than you can in months or years of an online relationship.

Corcoran: Where do you see podcasting going over the next few years?

Franks: I think there will be a continued movement of terrestrial radio content and personalities towards podcasting. Just like we have seen a shift in quality television and movies towards Netflix and Hulu, I believe that more quality audio content is not far behind.

Corcoran: What advice do you have for anyone who is interested in starting their own podcast?

Franks: Make an effort to be unique, and most importantly be yourself. There is a rash of copycat podcasters who are making 100% of their decisions based on what other established podcasters are doing. This mimicry can sometimes works from a business perspective, but from a creativity perspective it rarely seems to work out long term.

Corcoran: Tell us about a few relationships you credit for your success - mentors, friends, business associates etc.

Franks: One of the biggest people I have to credit is the person I broke into podcasting with, Joe Cassandra. Joe and I co-hosted a podcast called the Entrepreneur Showdown, which could best be described as critically acclaimed, but was not something that caught on with the mainstream fans.

However without Joe by my side, I would have never even been a part of the podcasting space.

In the live event area, the one person I leaned on heavily was Philip "PT" Taylor, the organizer of FinCon, which is the Financial Bloggers Conference. PT started FinCon from the ground up much like we did Podcast Movement, and was able to help me guide the ship as we navigated foreign waters.

Anytime I had questions about what to do and when to do it, or had crazy ideas and needed someone to bounce them off of, PT was always willing to give me answers and honest feedback.

John Corcoran is an attorney and former Clinton White House Writer. He writes about how to increase your revenue by building relationships. You can download his free, 52-page ebook, How to Increase Your Income Today by Building Relationships with Influencers, Even if you Hate Networking.