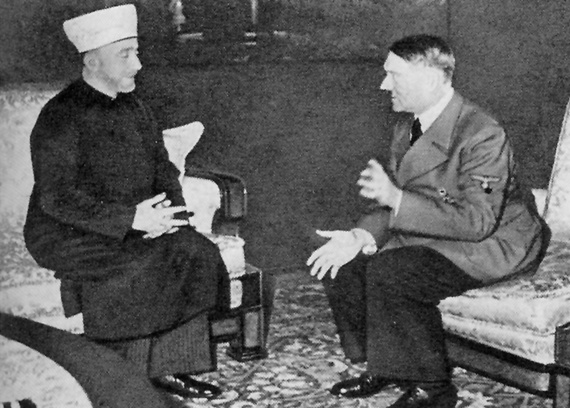 The Palestinian & The Prussian... The Arab & The Aryan... Husseini & Hitler... Two anti-Semites colluding in the 1940s on the extermination of the Jews. How little has changed in 70 years...

• How DARE those Israelis not die at such high rates as the Palestinians!

• How DARE Israel use the Iron Dome system to shoot down the rockets aimed at their civilians!

• How DARE Israel retaliate against those bombing them and attempting to annihilate them!

• How DARE Israel object when Hamas astutely uses the bodies of the citizens of Gaza -- whose death Hamas are directly responsible for -- as propaganda to spin gullible foreigners into sympathizing with Islamic terrorists!

• How DARE Israel insist on its right to exist! 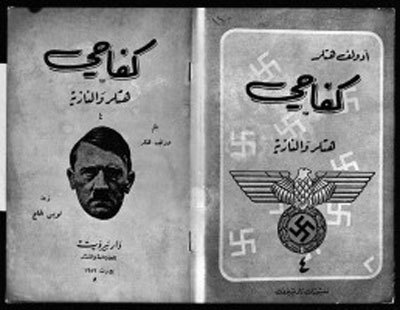 Unsurprisingly, the Arabic edition of "Mein Kampf" was #1 on the New Mecca Times best-seller list!

• How DARE Israel bother to warn citizens of Gaza of imminent attacks in their area by leaflets, phone calls and high-tech alerts!

• How DARE Israel occupy land previously held by Egypt, Jordan and Syria as a safety buffer zone merely because those countries tried to completely annihilate Israel in 1967!

• How DARE Israel point out that scores of oil-rich Arab nations in the region have perpetuated the Palestinian problem for seven decades by refusing to invest in civil infrastructure for their Arab brethren but instead handing over weaponry that keeps the Palestinians as pathetic refugees, TV victims, media martyrs and human shields

• How DARE Israel be upset that the Arab enablers, spinners and propagandists have skillfully exploited images of the human shields that they cynically use as missile fodder to advance their anti-Israel, anti-Jewish fatwa. Those Goebbels-style propaganda techniques have worked so well for Hamas! Israel is just jealous and stunningly naive to think that simply conveying the accurate facts would win the war for hearts and minds... 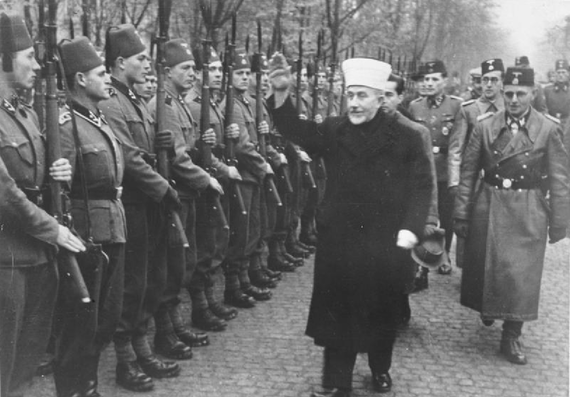 • How DARE Israel be upset that intelligent, left-leaning, liberal-minded Europeans and Americans -- groups that had overwhelmingly supported Israel in 1948, 1956 and 1967 when it was understood to be vastly out-numbered by hostile Arabs and thus in grave peril -- have entirely lost the plot and become hostile to Israel. Merely because having bravely vanquished its would-be annihilators in those conflicts it lost its underdog status.

• How DARE Israelis point out that they are still vastly out-numbered and still in grave peril now as it was then -- and have only survived by employing the same bulldog determination that the British under Winston Churchill deployed in 1940-1945 to defeat the Nazis. Another gang who didn't like Jews... (Are you Israel-haters starting to get a clue yet?)

• How DARE Israel remind the British that thousands upon thousands of German civilians were killed in British retaliation against the Nazi terror of the V1 and V2 rockets aimed at UK civilians in the years 1940-1945. Civilians killed because the Nazi rulers of Germany had cynically placed munitions factories near civilian population centers to try and deter Allied bombing. 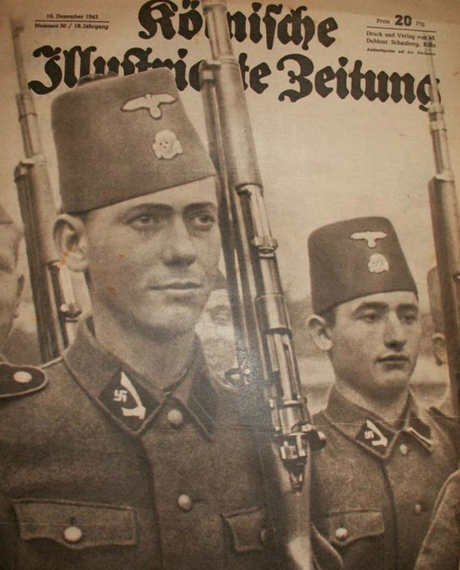 "Jews?! Not in our Pan-Arab-Aryan backyard!"

• How DARE Israel remind people that no decent person blamed the British for the unfortunate deaths of those German civilians. They knew that the responsibility for those deaths lay with the people (the Nazis) whose charter called for the destruction and annihilation of its enemies especially the Jews. Just as the Hamas charter calls for the annihilation of its enemies especially the Jews. Plus ca change... (Whatever that is in German and Arabic)

• How DARE Israel remind people that Israel is the only full democracy in the Middle-East!

• How DARE Israel remind people about the feckless Palestinians who had the chance to develop the flourishing Gaza they took over in 2005 but blew it because of allowing Hamas to destroy the verdant areas the Israeli settlers had created and turn it into a paradise for militia so ferociously brave that they wrap their entire faces and bodies in the finest dainty linens... 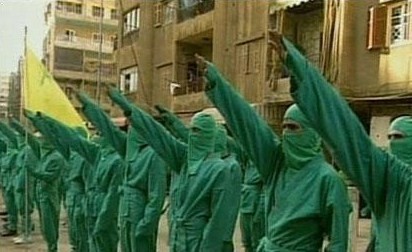 Green is the new black! ("That black leather Nazi-chic is so 1940s dear! We'd much rather exterminate Jews while wearing a nice little eco-green number!")

• How DARE Israel remind European lefties -- whose ancestors were overwhelmingly wholehearted supporters of Israel's existence -- that much of their sheep-like anti-Israel bleating springs from reflexive anti-Americanism that was so fashionable in 1968 and still pertinent in the Nixon, Reagan and both Bush years -- but was NOT appropriate in the Carter and Clinton years and is most definitely not savvy in the Obama years!

• How DARE Israel remind people that the United Nations guaranteed the Jews their historic homeland in 1948 after the failure of the Grand Mufti's buddy Adolf Hitler to exterminate all Jews. And that Israel was immediately recognized by the United States of America AND the Soviet Union -- who both understood why it was morally right to support Israel. 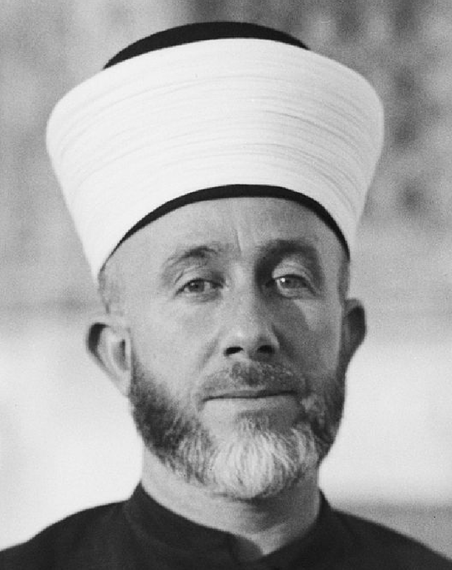 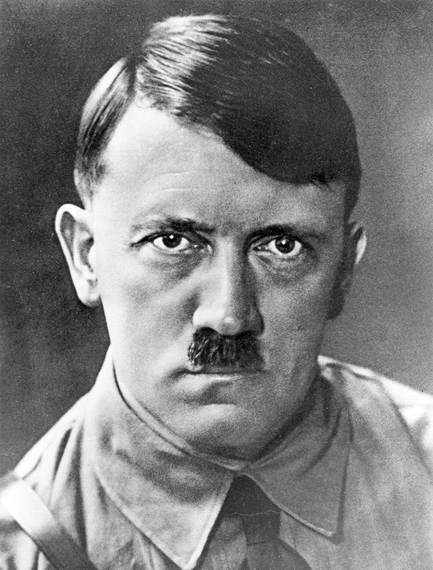 "Hey Adolf! Our great grandchildren can call it the Hamas-Caust!"

• How DARE Israel remind people that the leader and champion of the Palestinian cause in the 1920s, 1930s and 1940s -- Haj Mohammed Effendi Amin el-Husseini, the Grand Mufti of Jerusalem (and also President of the Supreme Muslim Council 1922-1937) -- was a big crony and supporter of Adolf Hitler and the Nazis with whom he shared a similar pathological hatred of Jews.

• How DARE Israel remind people that the charter of Hamas and the charter of the Nazi Party is identical in respect of calling for the death of Jews. 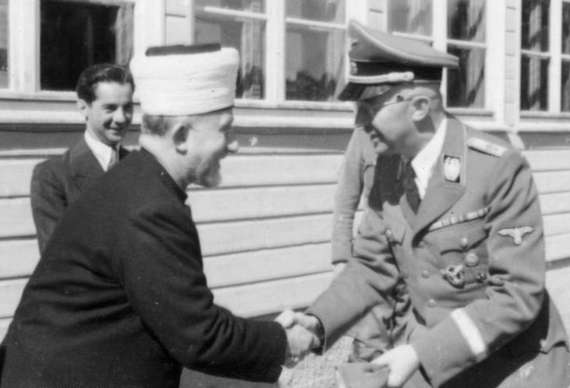 "Don't worry Herr Himmler. My successors will finish off any Jews you don't manage to gas!"

Further elucidation -- especially for the hard-of-thinking

Stop This Vicious Slaughter! England Must Stop Waging War On The Nazis!