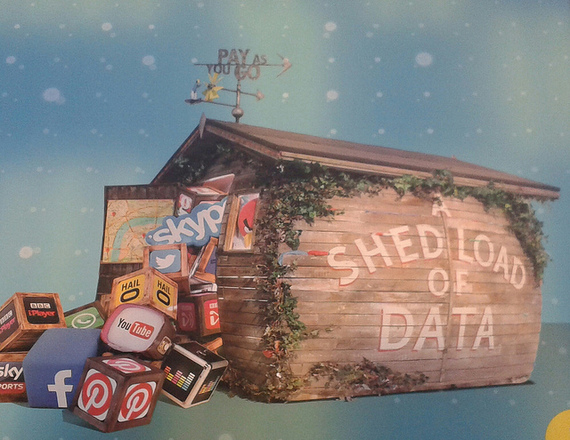 Content marketers are increasingly drawn to data. A recent study by The Content Marketing Association (CMA) found that 92% of its members actively leverage customer data to bolster their content marketing efforts; 83% expect to use data more in the next year. What marketers learn from user analytics and surveys allow them to intelligently optimize their existing campaigns. Often, data reveals important insights about audience behaviors which guides content strategy. But some firms have adopted a new approach to data-driven content marketing.

Businesses now publish large swaths of data to uncover unique trends about the industries they operate in, boosting brand affinity and awareness. The studies they share use facts and statistics to produce powerful storytelling. Kristin Tynski, founding partner at Fractl, an agency-pioneer of data-driven content marketing, would be the first to point out the opportunities brands have when they turn to data.

Companies often don't realize how interesting their data can be to their potential customers, and have not done the work to think of content concepts/stories that their data might be able to tell. They understand the value of data in functions such as business intelligence, and most savvy companies are now leveraging data to understand more about their customers throughout the buying cycle, but fewer have thought of ways their data could be leveraged for content that their customers might actually find interesting. Fewer still are those that look for datasets (or create their own) outside of their company that could help tell a story about their company, or their customers, or their industry.

Data-driven content tends to outperform traditional blog posts and reported stories. The most creative campaigns earn brands hundreds of backlinks, tens of thousands of pageviews and many loyal customers. Below, are five noteworthy examples of data-driven storytelling that can inspire other businesses and marketers.

Russ Heddleston, co-founder and CEO of DocSend, knew his company was bad at PR. After hiring and firing a publicity firm, Heddleston remained determined to get some press. But he knew journalists wanted original ideas and angles to report on. To offer that, DocSend needed to produce something unique and of real value. So, he experimented with publishing on LinkedIn, using data from his experiences recruiting through social channels and sharing a recent investor update. With nearly 2,000 views between then, Heddleston was convinced the company could see real results if they committed to creating a comprehensive data-driven report. So, earlier this year, DocSend partnered with Harvard Business School professor Tom Eisenmann to share insights gleaned from 200 pitch decks used by companies that raised $360 million in funding.

After releasing the report, it was covered on TechCrunch and mentioned on HackerNews. To date, Bryan Gaertner, DocSend's head of growth, says that hundreds of thousands of people have viewed the report. For months, everyone in Silicon Valley buzzed about it. On SlideShare, DocSend's presentation has received nearly 50,000 views. This proves that a good content marketing strategy can easily be amplified with data. For Gaertner, studies like the one DocSend recently published serve as a platform for establishing thought leadership and driving brand awareness.

Last year, Garrett Moon, founder of editorial calendar plugin CoSchedule, authored a guest post on OkDork.com titled, "We Analyzed Nearly 1 Million Headlines. Here's What We Learned." So far, the piece has received 5,000 social shares and over 150 comments. And, at the time, readers craved more. The study's popularity encouraged Moon to produce follow-up stories. He realized audiences wanted to learn different strategies for crafting the perfect headline. Therefore, Moon wrote "five or six other guest posts across the web, including a few additional posts on [the CoSchedule] blog. At the time, this was a content experiment, but the popularity of these posts continues today."

Recognizing an opportunity to continue helping people write better headlines, Moon and his team launched CoSchedule's headline analyzer, which Moon describes as "a free tool that helps users write headlines that will get more shares and clicks." The combination of quality content and complementary tools has been good for business. "Overall, this content is responsible for thousands of new leads every single month." Since his first post on OkDork.com, "More than 6,000 people have downloaded a free white-paper we created that summarized this data, and the posts have been shared more than 10k times across the web." In the case of CoSchedule, data not only helps the brand develop visibility and clout, it attracts leads and, consequently, customers.

"As more and better tools for data analysis become more ubiquitous, the ability to unearth interesting stories/trends/details within datasets has gotten easier and more broadly understood," insists Tynski of Fractl. Of course, getting started is always the hardest part.

For businesses eager to leverage data-driven storytelling, Tynski advises, "Begin with figuring out what data they have, as well as what other data exists that could supplement their data, including outside sources, industry partners, government data sources, social data sources, etc. Consider how that data can be used to tell a HUMAN story, something that connects emotionally, or is telling about something regarding human behavior."

This post originally appeared on the iMeet Central blog and is republished with permission.

Danny Wong is the co-founder of Blank Label, an award-winning luxury menswear company. He is also a digital marketing consultant and freelance writer. To connect, tweet him @dannywong1190 or message him on LinkedIn.