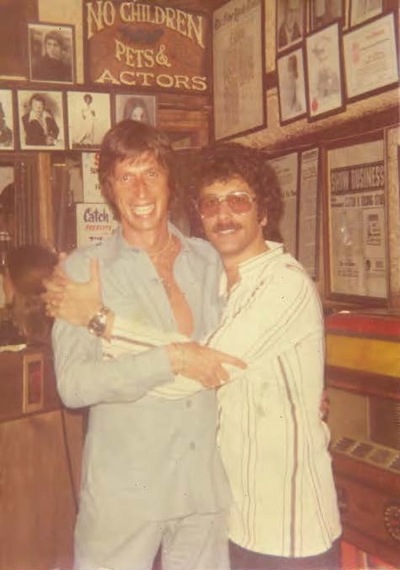 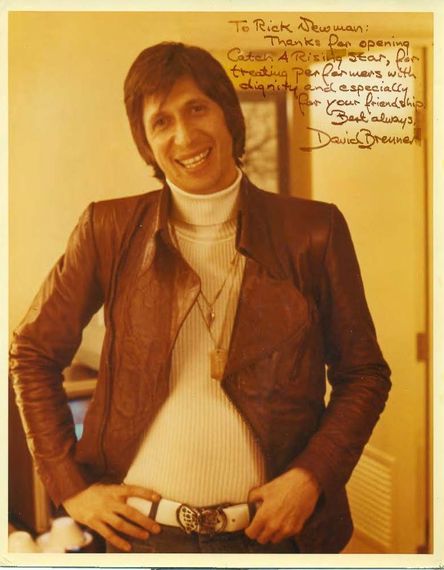 Brenner signed this photo to Rick Newman which says in part, "thanks..for treating performers with dignity and especially for your friendship."

David Brenner was already a wildly successful comedian and Tonight Show veteran when he walked into a relatively unknown New York club, Catch a Rising Star, on a Saturday night in 1973. Rick Newman, the club's owner and founder, was floored by the famous visitor. "At that point, David had been on The Tonight Show many times and was very respected," says Newman, who is now an owner of Stage 72 Theater in New York City. "He wasn't your father's comedian. He was your comedian. And he was hot."

Brenner quietly sat at a table, just watching the show with the rest of the packed audience. Newman walked over to his table and said, "How about getting up?" but Brenner replied, "No, not yet. Let me watch." About 90 minutes into the show, Brenner finally called Newman over and declared, "I'll get up. I'll do some material."

The moment that David Brenner went on stage, the audience went nuts. As the comedians would say, he killed. His act was flawless, and Brenner soon became a regular performer at the club. Word quickly spread that that David Brenner had gotten up on stage at Catch a Rising Star. Suddenly comedians showed up to check out the club. Then the talent scouts followed, especially those booking comics for The Tonight Show.

Newman and Brenner developed a special bond and friendship that lasted until Brenner's death last Saturday. "David opened up the floodgates and helped create what Catch a Rising Star became," says Newman of his friend. "I always saw David as a true craftsman and so smart. He loved being a comedian. He was so proud of his vast index card file of jokes which he broke down by topics. He had hundreds and hundreds of jokes. And he was one of the first comedians who recorded his act so he could listen to see what changes he had to make and how it worked. He learned from how he sounded live."

"David was very supportive of young comedians," he continues. "If they were getting ready to do their first Tonight Show, he spent time encouraging them. He shared how to prepare, how to stay calm, and what to expect. He explained how key it was to take a beat during laughter and not step on your own jokes... Often David and Bill Cosby took the time at the end of the night to have kind of mini-seminars with any comics who wanted to stay around and ask questions about the business. David was happy for any comedian who worked hard and became successful."

"When a comedian had their first appearance on The Tonight Show and didn't do as well as they should have, David used to get upset. Not for himself, but for the comedian who he didn't think prepared well enough. He knew that you can't blow that opportunity," Newman says. Brenner did know, firsthand.

Curiously, Brenner first got into comedy as a lark while he was taking a year off from being a TV documentary writer/producer and director. As David Brenner himself shared in an interview with me this past November, he never thought that comedy would become his profession. "I had been funny since I was two years old. I just wanted to do any TV show to prove that I had done stand-up comedy for a year. I didn't care what the TV show was," he explained.

But then the producers of The Tonight Show saw him perform at what Brenner described as "the wrong place at the wrong time," and rejected him. That's when Brenner's determination really kicked in.

"They used to have Tonight Show auditions in New York every night on Wednesdays," Brenner shared. "I wore my one suit and made believe I was a manager, or an agent. I watched what jokes made those people from The Tonight Show laugh. And after a month of this, I had an idea of the kind of humor they wanted, so I wrote a [set] of that kind of humor. I auditioned, right before Christmas, 1970. On January 7, 1971, an agent called and said The Tonight Show wanted me the next night. He asked me if I was ready and I said, 'Yes. Okay. I'll do it.' And on January 8, I did it. When I got back to my little one-room apartment in Manhattan, I had over $10,000 worth of job offers from the first appearance. Johnny wanted me back the next week." 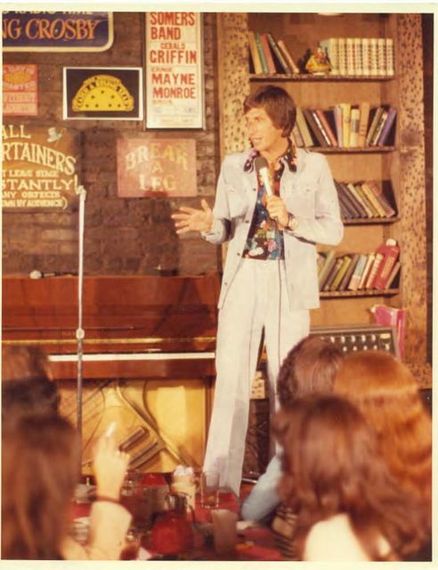 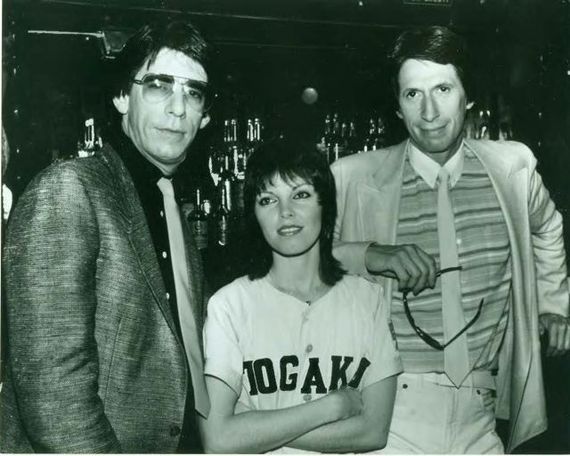 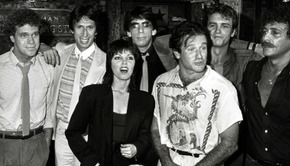 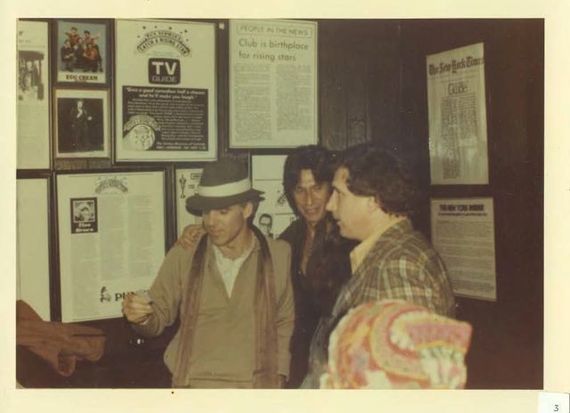