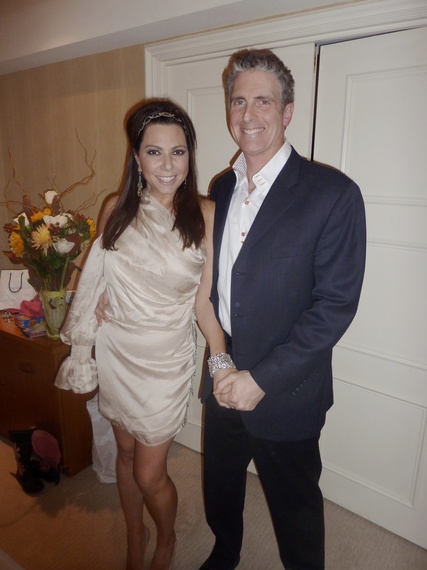 It's hard to be original with marriage proposals these days. As the screenwriters say, everything's been done! There've been proposals via a Washington Post crossword, a fake movie scene, a staged death, even a Disney musical. Personally, I'm a firm believer that it's not how you ask it's who you ask. Still, I spent months engineering my wedding proposal, and deem it worthy to share...

The year was 1992. There were no widespread cell phones. Those who had one, it was a "brick". If you had email, it was AOL. To get on the Internet, you used the slooooooowwwww dialup with the high-pitched chirps - oooo-eeeeee-oooooo (sorry, my linguistics isn't so good). That was the era when I decided that I would propose to my wife Selina. Since I was a kid I have been a little irreverent with a tinge of the unconventional. I knew I had to do something original. I was a starving medical student so I couldn't hire a plane to skywrite the proposal or travel to some exotic land with unicorns. I needed to be resourceful. I had to settle for cubic zirconia. Just kidding - the engagement ring at least was the real deal. Like they used to do in the casinos, I skimmed off a little sum from my mountain of student loans to buy the ring in tiny Hanover, New Hampshire where I was in Dartmouth Medical School.

An old Santa Monica school friend Dave (name changed to protect him) was literally "stowing away" with me in my Ivy League med school. He was an aspiring screenwriter, but he lacked the discipline to complete a script. Imagine the Zach Galifianakis character in The Hangover movies. That's exactly Dave. I offered to help him write after my hospital rounds so he could get a script written. His father (a successful screenwriter) gave him permission since he thought I was a good role model. Dave secretly lived in my rented room in a large, cold old Vermont house complete with creeky wood floors and turn-of-the-century latched doors. I didn't let any of my classmates nor my professors about Dave nor my screenwriting assistance since I didn't want anyone to have the impression that I was not 100% committed to a career in medicine. The hijinks that ensued will probably be another article. Selina earlier met Dave and she found him barely tolerable. I really liked him because of his sense of humor - that was our bond.

When it came time for ring shopping in Hanover, Dave was at my side at my insistence. Leaving him alone in the house proved to be nearly disastrous as we almost got kicked out on more than one occasion (the reasons might be part of another article). Bottom line is the less time that Dave was home alone, the better. In the jewelry store I found a modern design that I knew Selina would love. Dave was being obnoxious with the salesman and almost got us booted out of the store empty-handed. With my heart thumping, I bought the ring before Dave blew my chance.

Then the big question was how to propose. Selina is from Vancouver, Canada and she spoke French. I imagined that it would be romantic to propose in French: "You are my Cherie. I would like to spend the rest of my life with you. Would you marry me?" I didn't know anyone in med school who spoke French to help translate. There were no online translation sources. So my friends and I took a road trip one weekend to Montreal. At a bar a server helped translate what would be my French marriage proposal.

I next needed to plan out what to do with the ring. Putting it in champagne glass at dinner is beautiful but has been already done a lot. I thought of putting it in food, like a potpie. But what if she bit it and broke off the diamond? Or worse: she just swallowed it??!!! I liked the idea of putting it in something edible, however, I needed to figure out a safe item. It was a chilly cold New England winter night in the old house and I scribbled out different options but eventually crossed them all out. Cake? No. Candy bar? No. Donut? No. Chicken parmesan? No. Dinner roll? No. Salmon? No. I couldn't figure it out, so I cooked dinner for Dave and me using my large Chinese wok (which also doubled for a shovel to get the snow out of the driveway so I could get to school in many mornings). I'm no Wolfgang Puck, but I always made him dinner since Dave never cooked. After we ate my stir fry, Dave had the chutzpah to ask if I also was providing him dessert, "What about the fortune cookies?" He got the WTF! look from me. But then I smiled. That was it! That was where I would put the engagement ring - in a fortune cookie! No one eats them right away - they break them open to first read their fortune. That's how Selina will find the ring and the ring's safety will be ensured from her GI track. I hugged Dave which really confused him since what I just wrote happened in my head unbeknownst to him. I then told Dave and he took credit for the idea which was fine by me. I had a solution.

I carefully went to work figuring out how to get a slender gold ring with a diamond into a fortune cookie. I considered all the options and tried a few but they didn't work. I was on the brink of giving up then got it to work. I was all set now. Kinda set. I still needed to get to Vancouver. I had many airline miles so I was waitlisted on the Boston to Seattle flight as well as the Seattle to Vancouver leg. I called the airline every night from biomedical library and the answer was always the same - still waitlisted. It was three weeks before the flight and I was getting nervous. Finally the cross-country flight came through and I was confirmed. Now the little connector was still in limbo. A week before a seat opened up and I was ticketed all the way!

Selina and I talked every night and I let her know the great news. A week later I was there in Vancouver. I explained that I would be cooking her Chinese food one night. I bought all the ingredients and whipped up a delicious stir fry with a little mustard. I surprised myself with it. I then disappeared to the kitchen and came back with two fortune cookies on a plate. I had triple checked which cookie had the ring since giving myself the ring would not be ideal. I opened up my cookie and read the fortune. She took her cookie and snapped it open. A puff of fluffy white cotton emerged. She looked confused and intrigued as that's not the normal item you find inside a fortune cookie. She picked the cotton out and a glint of gold was seen hiding inside. She peeled away the cotton to find the modest gold engagement ring from Hanover, New Hampshire. Her eyes grew wide like a doe. She looked at me with mouth agape. I got on one knee and recited the French proposal that I rehearsed hundreds of times. Her eyes welled and tears overflowed. She said, "Of course!!!" and we hugged, kissed, and.......

That was almost 24 years ago. But the big question remains, "how did I get an engagement ring in a fortune cookie?" It has been a persistent question that has plagued Selina and many of our friends. Did I bake it in there? Did I have a fortune cookie factory do it for me? People asked Dave how I did it, but I made sure he wasn't around when I did it since I wanted it to be my little secret and to this day I am the only one who knows. So after 24 years, am I ready to break my silence? Honestly I have given it some serious thought. I debated with myself - if I give up the secret, then it won't be quite as special, yet people, including Selina, have been waiting a long time - 24 years. Certainly that would seem long enough which is more than most people wait for top wines to age. In many families that time frame is an entire generation or two. There were babies born in 1992 who are now college graduates and married themselves. We've had six United States presidential elections. There were a handful of websites in 1992 and today there's about a billion of them. There has been tremendous progress over the last 24 years, but one thing remains unchanged - my secret.

More:
weddingsengagements and proposals
Newsletter Sign Up
A weekly guide to improving all of the relationships in your life
Subscribe to HuffPost’s relationships email
Successfully Subscribed!
Realness delivered to your inbox