Public health officials are using data about disparities based on where people live to craft effective interventions.

By many measures, Hawaii is one of the healthiest states in the union. Yet only Mississippi has a higher rate of flu or pneumonia deaths than the Aloha State.

West Virginia, which is usually among the bottom dwellers in state health rankings, is in the middle of the pack when it comes to deaths related to Alzheimer’s disease.

Similarly, relatively unhealthy Arkansas has a low rate of drug overdose deaths while Connecticut, which ranks near the top in overall health, has one of the country’s highest rates of death linked to drug use.

Health disparities based on race, income and gender tend to draw more notice, but variations related to where people live are attracting the attention of public health officials, who are using the information to craft more-targeted policies. As the data become more precise, health policy experts believe interventions to combat geographic disparities will become even more effective.

The increasing interest comes amid a growing recognition that people’s health depends as much on geographic factors such as recreation, transportation, crime and unemployment as it does on what takes place in doctor’s offices or hospitals.

“In many ways, your ZIP code is more important than your genetic code when it comes to health,” said Jay Butler, Alaska’s chief medical officer and its director of public health.

The truth of that observation is evident in a single comparison from a new report from the Center on Society and Health at Virginia Commonwealth University and the Urban Institute: On average, a newborn in Mississippi will live to age 75. One born in Hawaii will make it beyond 81.

From States to Neighborhoods

VCU and the Urban Institute recently released the first of nine reports examining the states according to 39 health outcomes, such as heart disease mortality, cancer mortality and suicides. The project also seeks to correlate 123 social or economic factors such as government spending, proficiency in reading, and rate of incarcerations and health conditions. (The report doesn’t offer explanations for the correlations.) The authors say the report examines more measures than any previous state comparison.

For example, the report finds a strong correlation between lower spending on public transportation and higher instances of car accidents, and between adult obesity and deaths related to pneumonia. It also links a shortage of primary care services to higher rates of deaths related to diabetes, heart disease, stroke and pneumonia and to lower life expectancy.

Others, including the federal Agency for Healthcare Research and Quality and the United Health Foundation, have also compared states by various health measures. In addition, many states and outside groups produce their own health surveys of regions within their states. With funding from the Robert Wood Johnson Foundation, the University of Wisconsin Population Health Institute does health rankings of counties in every state. A collaboration between the University of Southern California and PolicyLink, a nonprofit focused on issues of equity, compared the health of 150 metropolitan areas using several indicators, including rates of asthma, diabetes and obesity.

Even smaller geographic comparisons are coming. Next year, the U.S. Centers for Disease Control and Prevention and Robert Wood Johnson plan to unveil health data from the country’s largest 500 cities broken down by census tract or neighborhood. The goal, according to the CDC, is to help cities and local health departments “better understand the geographic distribution of health-related variables” to “help them plan public health interventions.”

In many places, health interventions based on geographic data are already happening. Steve Woolf, director of VCU’s Center on Society and Health, said in many states tobacco control policies and cigarette taxes “are the direct result of health disparities information related to smoking.” Woolf also noted that car accident fatalities have informed state decisions on motorcycle helmets, car seat restraints and speed limits.

Maryland tackled diabetes in the southern part of the state by linking more patients to primary care doctors, and it improved behavioral health on the Eastern Shore by creating mental health crisis services, said Joshua Sharfstein, who used to head the Maryland Department of Health and Mental Hygiene.

“Knowing how you compare to other states is very helpful,” said Sharfstein, a physician who is now an associate dean at the Johns Hopkins University Bloomberg School of Public Health.

In Colorado, public health officials several years ago discovered that high blood pressure was much more prevalent in the two sparsely populated frontier counties of Las Animas and Huerfano. The statewide rate was 26 percent, compared to 38 and 39 percent in the two counties.

Kelly Means, clinical quality improvement manager in the state’s Department of Public Health and Environment, said that finding led to a program to identify residents in the two counties who had high blood pressure but were not getting treatment and refer them to primary care doctors. The state also encouraged those doctors to direct hypertensive patients to community programs aimed at reducing high blood pressure through healthy eating, exercise and smoking cessation.

Means said that the program, which is supported by $185,000 in grants from the Association of State and Territorial Health Officials and is now in its second year, has linked 75 previously undiagnosed residents to primary care and 82 existing patients to activities to reduce high blood pressure. One participating primary care practice reported that the number of patients who have their blood pressure under control has increased by 20 percent.

In Alaska, Butler said, geographic health data led to targeted anti-smoking and suicide prevention programs in northern and western parts of the state, where the rates of lung cancer and suicide are particularly high.

In Connecticut, the data indicated a high rate of asthma-related hospitalizations in Waterbury, said Dr. Mehul Dalal, the chronic disease director in the state Department of Public Health. That finding prompted the state to help Waterbury develop a home inspection program in which health workers identify environmental conditions that can trigger asthma and advise residents on how to remove them.

But health policy analysts, even those who do geographic analyses, caution that geographic health data isn’t perfect. Laudan Aron, a senior fellow at the Urban Institute who helped produce the report with VCU, said that problems in data collection, such as poor reporting practices by medical providers, can skew the numbers. That’s why comparative findings should only be viewed as a first step to more investigation, she said.

And some findings, while interesting, may not point the way to action that can make a difference. The VCU-Urban Institute report, for instance, ranks states by their rates of mortality associated with Alzheimer’s disease. Washington ranks last in that category, but there is probably nothing the state can do about it. “Unfortunately, at this point, there are no evidence-based practices we know of that reduce the rate of Alzheimer’s,” VCU’s Woolf said.

If nothing else, policymakers say, such comparisons prompt discussions across borders to learn best practices in addressing particular health problems. And as Maryland’s Sharfstein said, in health policy, a little competitive rivalry between geographic areas can only benefit patients. 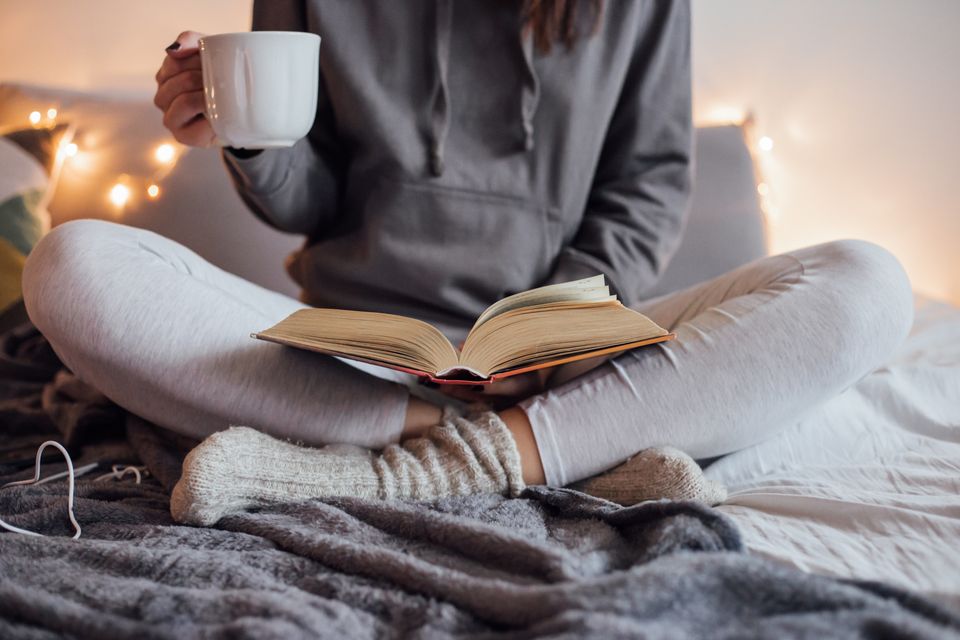 1 / 8
Skip Screens Before Bed
Newsflash: Sleep is super important. Inadequate, or inferior, Zs can lead to a wide range of <a href="http://healthysleep.med.harvard.edu/healthy/matters/consequences/sleep-and-disease-risk">chronic health problems</a>, and research is exploring a possible link between sleep loss and <a href="http://www.forbes.com/sites/melaniehaiken/2012/07/05/how-stress-and-sleep-loss-are-shortening-your-life/#1ed18a656e3a">shorter lifespans</a>. <br><br>You&rsquo;ve probably heard that exposure to your phone&rsquo;s &ldquo;blue light&rdquo; prior to bedtime can keep you awake longer -- but did you know it might also lower your <i>quality</i> of sleep? <br><br>In 2014, Harvard neuroscientist Anne-Marie Chang performed a study that compared the effects of reading a printed book before bed to reading on a light-emitting device like your phone. <br><br>&ldquo;Participants who read on light-emitting devices took longer to fall asleep, had less REM sleep [the phase when we dream] and had higher alertness before bedtime,&rdquo; Chang told <a href="https://www.scientificamerican.com/article/q-a-why-is-blue-light-before-bedtime-bad-for-sleep/">Scientific American</a>. &ldquo;We also found that after an eight-hour sleep episode, those who read on the light-emitting device were sleepier and took longer to wake up.&rdquo;<br><br>So seriously: Try to hold off and check Instagram in the morning.
petrunjela via Getty Images