He reaches up and gently pulls a tuft of his hair to show me how easily it falls out. It's grey now, his hair. It wasn't last April, when we met at that little café for my 20th birthday. I sat across from him, secretly angry he was ruining the first day of my twenties by talking about his arm again. Or his shoulder. Or, dear god, what he called his "backside."

It's because you're old and that's what happens. It's my birthday, can't we pretend everything is fine? Instantly, I'm ashamed of my thoughts but still come, coursing through my mind like the cancer coursing through my grandfather's body on that April afternoon so long ago. I can still see those fine wisps of his hair and his clear, blue eyes, "Isn't that the darnedest thing?" he marveled. 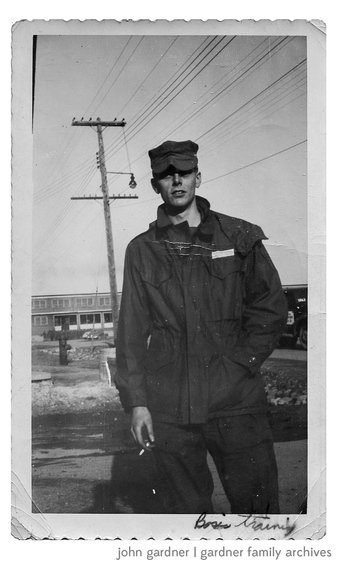 By the time we learn what's causing the bone pain, the cancer is too far advanced to do much except make him comfortable. He makes me try to pull out his hair, just to prove to me it doesn't hurt. I obliglingly reach up but instead of pulling out his hair, I touch his cheek. It takes him by surprise, this intimate gesture. I ask if he's scared. He says he is, a little. "I've never died before."

The day he passes, I'm a hundred miles away having surgery on a wrist I'd shattered the week before. Through the haze of the anesthesia, my sweet friend Jenny whispers she has something to tell me. "He's gone," I say, "isn't he?"

More than twenty years have passed but the man I knew as my grandfather is hard to separate from the stories that remain a part of our family's narrative. After his death, it becomes easier for his children (my aunts and my father) to reveal the sometimes-brutal nature of his parentage. I don't blame them, of course, for processing their complex emotions, but the result is that I feel like he died twice - the physical death followed by the death of the character he played in our family story, or at least my version of it.

Our family's story is as complex as anyone else's - with all the pain, hope, love, joy, loss and fear any family faces. The difference is that our story is uniquely preserved through images and a deep connection to the craft of photography, now three generations strong. Ironically, I begin to understand the act of digitizing two-dimensional images is the only way to develop a three-dimensional view of the person he was - not as a father or grandfather, but as the man behind the lens.

Growing up within a family of photographers meant I was exposed (forgive the pun) to both the mechanics and aesthetics of the craft. My own photography work is built on three separate but related pillars: composition, storytelling and technical aptitude. It is through these pillars that I began to understand my grandfather.

The project I thought would take a month took much, much longer. The wait was worth it: linking fragmented family histories and partially-remembered facts with the online ancestry resources, I solved a family mystery: what killed my great-uncle's two children when they were just toddlers? It was most likely Tay-Sach's. The especially cruel disease is found in certain populations, including the French-Canadians in New England and eastern Canada, where my family lived for generations.

The greatest discovery, though, was seeing long-past or aging family members with fresh eyes. Outside of his stoic role within our family, my grandfather was a rowdy college kid. He had friends; he shot for the student newspaper Saint Michael's College; he looked kind and fun and handsome. 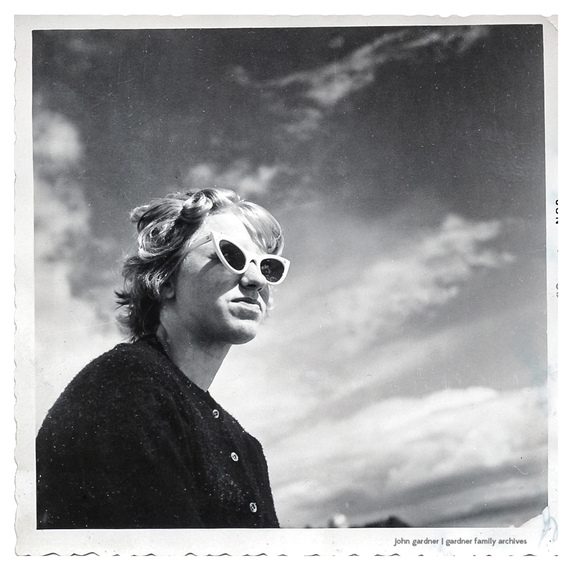 My grandmother, too, came alive in ways I've never exprienced. She was a fashionista; she was happy; she was her truest self, not the slowly-withering woman I see before me now.I was able to present my grandmother with the finished album last Christmas, about a year after starting the project. Her eyes regained some of their former light as she recounted her role in the grand narrative she held in her hands.

Time travel is real: our photographs are the medium. In them, I can touch decades long since past, just a breath from where I was twenty years ago. Just a breath from where my own children will be in a mere blink. The complete family album - more than just a collection of images - means our story will continue to be a reminder that none of us are truly alone.

You were here, the pages confirm.
You were loved.
You are missed.

A version of this post first appeared on the wildly popular family legacy blog, Save Family Photos, complete with archival images from my family album project.