As the judge on "Divorce Court," I am familiar with, if not inundated by, the thematic mistakes made in marriages. Yes, I know the show is a bit extreme, voyeuristic, and, well, often a little silly, but when my husband and I were staring into the marital abyss, I learned a valuable lesson from "Divorce Court" that helped me out at home.

I learned this particular lesson from couples who couldn't figure out how they had gotten to "Divorce Court" in the first place. They had marriages that went awry in such small increments they didn't know what had happened. But before me they were forced to compress years' worth of trouble into a short presentation. Each telling me a different story the other was usually surprised to hear, they often found that they were coming apart not because one or both were wrong, but because of unexamined needs. Seeing that scenario play out before me over and over again helped me figure out what was going wrong in my own home.

By year 19, my husband, Big E, and I were off the road and deep in the weeds. Barely speaking, when one of us walked in a room the other would walk out. He was angry and unhappy and he saw me as the source of both. I, on the other hand, saw him as a jerk, a man who cared nothing for my needs. Of course, as I eventually learned at work, we were both wrong. It was, instead, that unexamined need thing that had taken us off the road.

Having become a father at 19, my husband married his first wife and had four children by the time he was 26. As a result, he never got to do as he pleased because he did so much for others. When he looked at me he saw new and unencumbered. He saw me as the first installment in a lot of choices he was owed.

I, on the other hand, was raised in a house that rocked and rolled on the rhythm of whatever was wrong with Dad. Daddy was a brilliant, principled man who loved his family. He was also bipolar. Stuff was jumping off at my house all of the time and you never knew when or why. When I looked at Big E, I saw stable, safe, and secure.

Once we married, however, every time E didn't get his way it was another drop in a bucket of sacrifices that was already full. By being willing to give me the children I sought -- which, when you think about it, is huge -- he took everything else off the table. Any desire I had that didn't match his got me a little static. That would all have been well and good had I responded correctly. Though E was just ordinary, everyday annoyed about things, I didn't see it that way. Even the mildest objection he raised prompted that voice in the back of my head to say, "Shut it down; it could go bad." So instead of engaging in any meaningful exchange, I capitulated, repeatedly.

If you keep surrendering like that, eventually the other person buys. Over time I taught my husband that by merely furrowing his brow he could get me to back off my position. I was saying "I'm sorry" for even wanting to do something he didn't like. And once you start that nonsense, the person whose pardon you are continuously begging begins to believe that you are, in fact, a perpetual problem.

By the time we were 19 years into our marriage he was all day, every day angry and I had lost all confidence in my home. I had paid for the peace I sought with my sense of self. And he was getting to pick the restaurant at the cost of liking his wife.

Of course, the hardest thing in the world for anyone to see is oneself. I didn't know all this was what we were doing until I stepped back from where we were and looked at it as if I were on the bench. That's when I saw all of the small stupid things that landed us where we were.

Since this is real life, my "aha moment" on the job didn't instantly lead to new and better. In fact, I went home and started an argument that lasted for 18 months. But once I got past the anger I started to address my own fears and learned how to communicate effectively. He followed suit because he saw that I had changed in a way that was in his best interests. It didn't feel like it at first, but eventually he got there. We then decided to fight the problem instead of fighting one another.

Of course, this does not guarantee we'll get to happily ever after. Marriage is quite the journey and things change all the time. But our marriage is better now because it is a mindful one. We keep an eye on our competing needs. We no longer act on that right-now feeling without considering long-term consequences. We have made a conscious decision to be consciously married. We also have our fingers crossed.

Below, a photo of the couple. 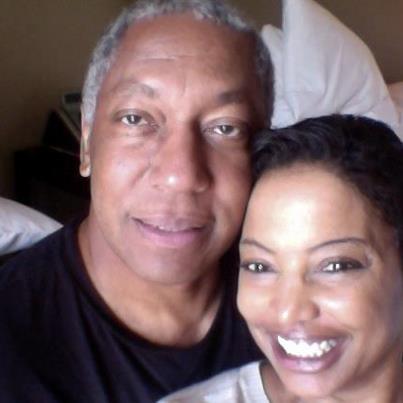 Judge Lynn Toler is the host of the nationally syndicated show "Divorce Court." Married 23 years, she is the author of the just published "Making Marriage Work: New Rules for an Old Institution" and "My Mother's Rules: A Practical Guide to Becoming an Emotional Genius".