Amy was cute and awfully sweet. She always smiled, was always clean and always participated. For Nick Griffin there was no better crush. "If Dr. Frankenstein had got everything right, Amy would be his creation," says Griffin.

One Valentine's Day, Griffin was determined to make his move. But when Griffin, an admittedly shy guy approached, he found Amy talking to two other dudes. "I wanted to top them, but was afraid to do so face to face," explains Griffin. "So I went up behind her and kissed her on the back. I got my kiss in."

Quite the smooth move by Griffin, especially considering that he and Amy were in kindergarten.

Even now, the veteran comedian, a favorite on Conan, The Late Show with David Letterman and Comedy Central insists that his MO has more or less remained the same. "I don't think I've changed that much in terms of assertiveness," says Griffin.

The bottom line is that Valentine's Day is complicated for everyone. "As a comic, I'm usually in a club every Valentine's Day," Griffin says. "It's always fun to see couples. The woman is generally the happy one. And the guy's just hoping that whatever he's doing at the moment isn't irritating her. It's one of those holidays that men don't really appreciate. And women, have way too high expectations."

And when you're single and have no Valentine, the day can feel extra icky. Suddenly you're dissecting your history of failed relationships, obsessing over every email sent and not sent, re-reading texts, analyzing emojis, replaying every syllable spoken. You're kicking yourself over all those potential someones, even lamenting the undesirables who got away. You're hashing and rehashing. It's enough to drive you into a deep, deep Valentine's Day depression. "If I'm by myself and feeling bad, I have to put on Tom Waits," Griffin says.

But Griffin says it's time to get some perspective and a dose of much-needed reality. The comedian offered his savvy insight on relationships and romance. So come Valentine's Day you might just have a different outcome, a new attitude and perhaps, a brand-new appreciation for Tom Waits. Read how to get a Valentine's Day grip courtesy of Nick Griffin by clicking onto this Parade.com story. 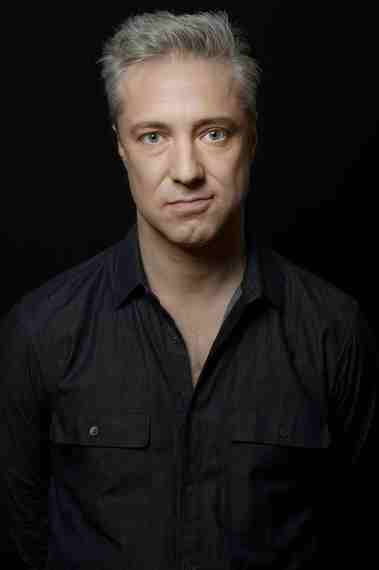